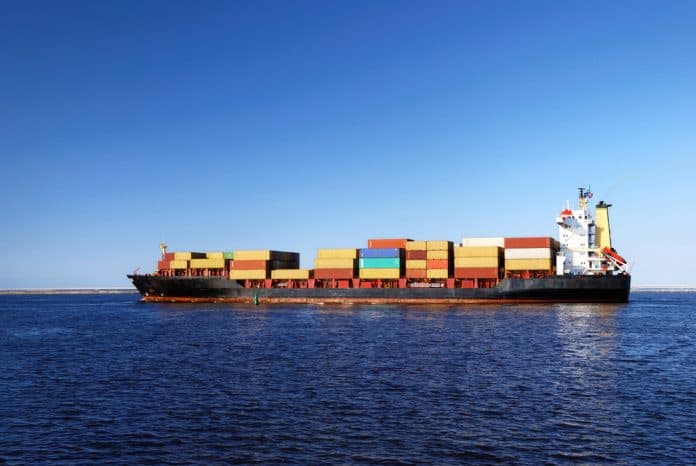 A recent article shed light on the incredible vessel delays faced at the U.S. West Coast ports of Los Angeles and Long Beach. According to a report by Business Insider, the ports hit a new record of ship-backlog every day of the week last week. The dire situation can be observed in no uncertain terms in the aerial photos taken on Monday of last week. The photos show over seventy cargo ships anchored in the harbor awaiting their turn to berth.

The trickledown effect of the West Coast port delays can be seen all over the shipping sector.

Shipping rates have reached peak heights, crushing any attempts of small business owners from doing damage-control after the pandemic deficits. Rates have reached a point that Lloyds Loading List calls “beyond the reach of many small and medium sized business.” Import rates have spiked almost 300% according to an Italian BCO. For example, inland Milan to inland Pasadena rates skyrocketed from around $5,000 per FEU to nearly $15,000 per FEU.

Further effects of the intense congestion and high demand can be seen landside, where inland trucking rates have increased exponentially. Shippers and terminal operators want to get cargo out as soon as possible to leave room for incoming vessels, thus pushing the demand for dry-van tractor-trailers to all time highs. Reports show that in some lanes rates have increased by $1.00 compared to last year and $2.00 when compared with the year before that.

Dry-van rates aren’t the only thing that has skyrocketed. Load-availability, which is the cargo waiting to be moved, increased 31.8% on the West Coast with gargantuan increases of up to 69% in areas like the state of Nevada according to JOC.com. Long-haul volume has increased as well, with outbound spot rates from LA to Chicago increasing by up to 124% compared to August of last year.

The industry is seeing a domino effect across the board.

As demand continues to rise so does congestion at terminals, restrictions on intermodal capacity, and of course, spot intermodal and container spot rates. Some suggestions for surviving these period of exponential rates and increased congestion are to expedite smaller loads, more frequently. Time-sensitive cargo will take precedence over full containers. Therefore, according to the JOC, many shippers will elect to have an “on time, but not full” mentality.

Unfortunately, there is not an immediate light at the end of the tunnel. Both container rates and intermodal spot rates are expected to maintain peak levels into 2022. Therefore, shippers should be prepared to continue at these levels at least for the next six months until the situation starts to even out.

As always, MTS Logistics will stay updated on any new developments as we continue into these rough waters ahead.

Ethan Huanghttps://www.mts-logistics.com
Ethan is originally from China. He studied Computer Information Systems (CIS) at City Tech College in New York. Ethan has been working in the logistics industry since 2006. He joined MTS Logistics in December 2011, and is now one of our Import Operations Managers. Fun Fact: Ethan loves snowboarding, in fact he goes snowboarding various times each winter until the last bits of snow melt.
RELATED ARTICLES
Featured