Major Expansion Planned for the Port of Prince Rupert 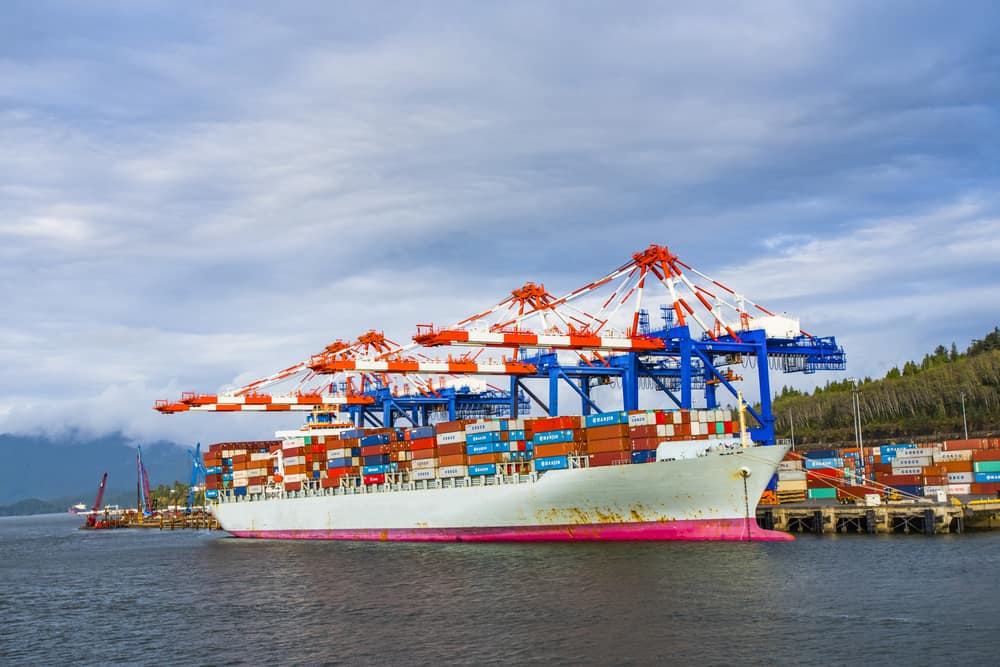 Last month, the Canadian Port of Prince Rupert announced that it will increase its capacity an additional 33 percent to 1.8 billion TEU, as it looks to increase its market share within North America’s competitive Pacific Northwest region.

The projected expansion will spread to 22 acres and is looking at a completion date in 2022. This will intensify constant competition with Vancouver and the Northeast Seaport Alliance of Seattle and Tacoma. Shares for Prince Rupert increased from 0.7 to 12 percent, while the NWSA’s shares decreased 1.1 points, according to PIERS.

This expansion is most welcomed by cargo owners in eastern Canada and the U.S. Midwest, as it will hopefully prevent another period of congestion like Prince Rupert experienced last winter.

This congestion was caused by a surge of volume, due to a previous expansion last autumn. Container dwell times doubled to six days during this period, due to severe weather and intermodal rail service problems.

Brian Friesen, Director of Trade Development and Communications at the Prince Rupert Port Authority, stated that delay issues could be avoided during this expansion. The terminal will install new tracks and extend already existing tracks, providing the terminal with over 18,000 feet of track, which should meet expected increased demand.

Container volume at Prince Rupert increased 18.7 percent in the first quarter to 174,987 TEUs as per PIERS. The Port also saw an increase last year of 28 percent, compared to 2016.

This rapid growth can be a direct cause for congestion.

The marine terminal industry has a rule which states that cargo-handling efficiency will decrease when a terminal reaches 80 percent utilization. The projected expansion will also include an on-dock rail capacity enlargement, which is vital for Prince Rupert as almost all traffic moves are by rail. The port will add 6,680 feet of working track for a total of 24,680 feet.

CN is the only railroad that serves Prince Rupert. They also suffered rail issues last winter, due to the extreme cold and snow, but also due to a lack of locomotives and crew. CN CEO Jean-Jacques Ruest stated that CN will invest in assets and infrastructure, and says the expansion of Prince Rupert will be a total success reached together with all supply chain partners.

The Vancouver port is also expanding its infrastructure and upgrading to accommodate growing container volumes.

Vancouver is Canada’s largest container port. This terminal also suffered congestion last year, and it will now expand its Deltaport and Centerm terminals, adding 1.2 million TEU annual capacity. Vancouver plans to add a three-berth facility at Roberts Bank, which will add an annual throughput capacity of 2.4 million TEU. This ambitious project is planned for the mid-to-late 2020s.

A study shows that customers save an average of $600 per container when shipping via Canadian Pacific through Vancouver to Chicago and CN, as opposed to the rates charged by BNSF Railway and Union Pacific from the U.S. West Coast.

The expansion of the Port of Prince Rupert will definitely increase business through Canada ports, which will only force the hand for remaining U.S. ports to speed up their modernization efforts.