The Financial Distress Of The Container Shipping Industry 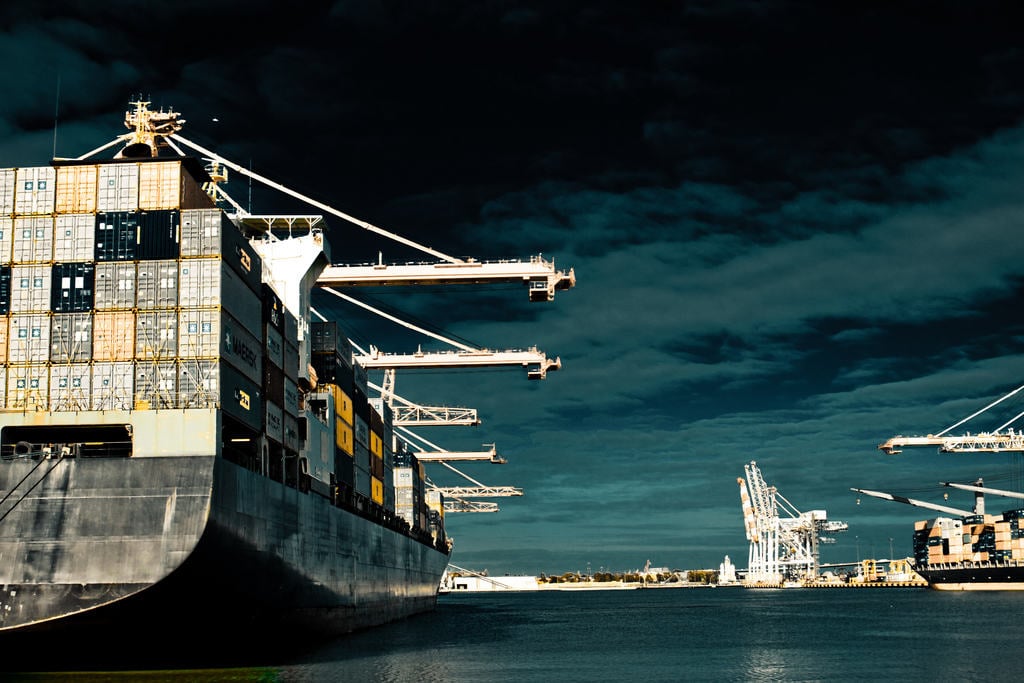 There has been a lot going on in the container shipping industry for the past few years and for the past year, dramatic changes occurred. Financially, most of the steamship lines have been suffering and especially small, niche carriers have suffered the most. In order to survive and keep competing in the market they had to form alliances. That’s why for the past year we saw many alliances were created .Starting with the rejection of P3 alliance attempt by CMA-CGM, MAERSK AND MSC now we have many different alliances in the market to increase the competitive advantage and cut the costs. However, the financial troubles of the industry are not going away since it is plagued with overcapacity.
It looks like each year for the past 10 years, with the exception of only 1 or 2 years, the topic of financial stress has never gone away and each year it was discussed that the end is near for the container shipping and either it would collapse or fundamental changes would take place. Other than few small changes during those years, nothing major has happened in spite of all those expectations until late 2014.
Starting from late 2014 we did start to see the perfect storm coming and that the ocean carriers needed to make some dramatic changes to continue to survive.
Let’s take step back to fathom the current financial distress that’s going on in the industry. It all started years ago. The global economy growth was pushing the volumes up in the trade which in return was directly affecting the rates to higher levels. There was space scarcity and it was only the space that was being discussed during those times, and steamship lines had to order more vessels to meet the demand.
The lead time between ordering the ship and it being actively servicing is couple years so there must be very strong projection for the demand for the future. The shipping cycle has also tremendous effect on the current financial situation. I explained shipping cycle before on one of my articles however shortly, first, shortage of ships occur which drives the freight rates to higher levels this leads to over-ordering of the ships which leads to market collapse.

Although it is still growing with at a fast pace compared to its size, the Chinese economy which has a huge effect on shipping has slowed down. The emerging markets have been the driving force and are seen as the substitution to pick up the market from China’s economic slowdown. However, these emerging markets have not seen great growth in the past year. Europe has been in financial distress for years. All major economies are not doing great and these all are contributing to the overall trade slowdown which in return is pushing the rates down.
The carriers can control the supply by cutting the services and scrapping the older vessels. However the all-time low steel prices due to global overcapacity are also not helping them. It is driving the scrap metal rates down which in return makes the carriers wait.

Maersk has advised the seaborne trade grew only one percent in the first quarter of 2016 and their expectation for a full year growth is one to three percent . Drewry, the shipping consultancy firm, has reduced their growth expectations for the remaining year to 2.2%. Also according to Drewry, the carrier industry could lose around $6 billion in 2016. Yet the global container fleet capacity will grow by 4.6% this year and 4.7% in 2017.

The Z-Score, the formula that predicts the possibility of the bankruptcy based on some metrics, of less than1.81 suggests financial distress. The container shipping industry has not registered an average score above that level, which has been considered a gray area since 2010. The industry has not had an average score of about 2.99—considered the safe zone—since 2007. Container industry’s average Altman Z score is 1.39 ( Source : alixpartners).

Hanjin and HMM are the latest two examples of how the industry is going through tough times.

Although shipping is one of the oldest industries in the world, it is still underdeveloped and all the players are not looking at the big picture. The steamship lines are taking advantage of the market when the market picks up. The importers are benefiting from the cheap rates at the moment, however, in the long run it might be them who will suffer the most since it keeps pushing for the larger consolidation in the market. In the long run, the steamship lines that survived will be able to control the market better which means the rates will be on higher levels, the number and variety the of services might be reduced and we will definitely see more consolidation in the upcoming months. Under these circumstances, everyone involved in international shipping must be very cautious and importers need to understand that the lowest rate might not be to their best benefit all the time. It is not only the steamship lines who suffer but it will be industry wise collapse if smart steps are not taken starting from today. Everyone is in the same boat.