The IMO Responds to a Potential Humanitarian Crisis at Sea 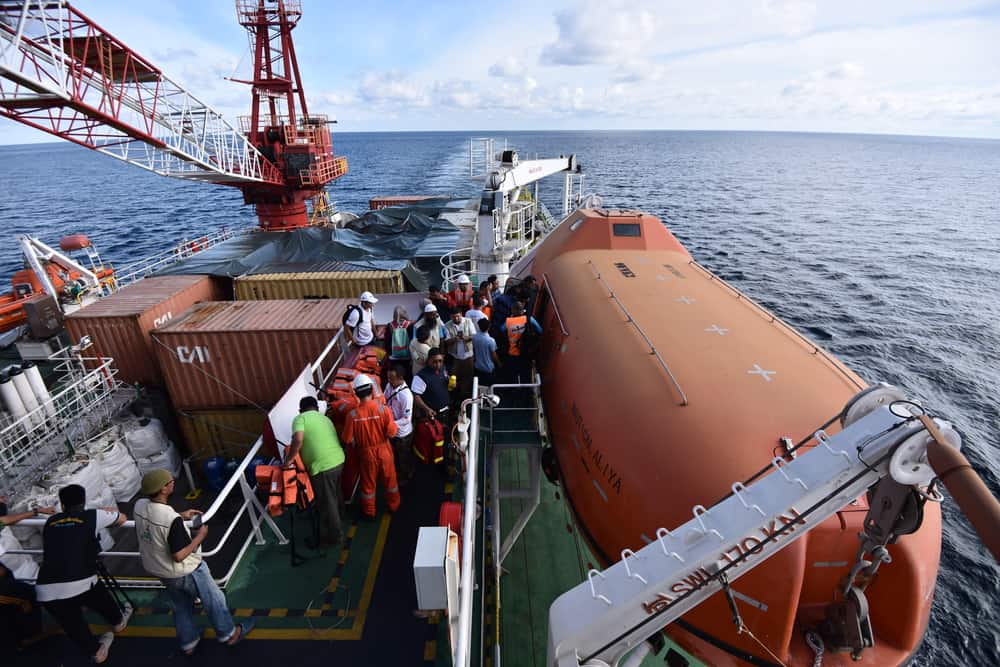 As we all know, March was a pivotal month for the COVID-19 pandemic.

Countries announced nationwide quarantines, many of which chose to close their borders to the outside world. The major crises taking front stage all across the globe were – and still remain – the stability of the healthcare system and that of the economy, but as the world directed its eyes towards these impending emergencies, another global humanitarian crisis was budding in our seas: the crew change conundrum.

Beginning in March many seafarers were stuck at sea with expired contracts and no end in sight.

The Maritime Labour Convention, 2006 (MLC, 2006) states that the maximum time a seafarer can serve on board a vessel must be less than 12 months, at which point they are entitled to repatriation – with travel costs covered by the shipowner. MLC, 2006 also states that seafarers are entitled to 30 days of paid leave per year (calculated as 2.5 days per month). These regulations are often translated as implying that a seafarer works 11 months of the year, taking the 12th month as repatriation/paid leave. Many of the regulations of MLC, 2006 were put into place to protect the health and safety of seafarers. Although the duration of contracts can vary, seafarers often work between 4 and 6 months on vessels before taking paid leave. Their shifts can last up to 12 hours a day, working on dangerous tasks that require them to stay constantly alert. After months of physical and mental stress, seafarers need repatriation and paid leave in order to recuperate.

But in the midst of COVID-19, seafarers were facing the issue of how (and if) crew changes would be executed. Many seafarers have visas which allow them to travel to the port of embarkation and disembarkation, but as the borders began to close, their status was put in limbo.

In early March, Maersk stated their intent to postpone crew changes in order to protect their crew as it would lessen the number of social interactions they would need to have and second, because they feared that “the rapid changes to global travel [would pose] a risk of stranding seafarers in transit, in locations from where they are unable to leave or get sufficient assistance.” Contrary to this stance, other companies pushed to continue crew changes noting the danger these delays could cause for the crew. Intercargo feared that “banning crew changes in ports brings high risks to crews, ships, ports, and society.”

Suspended crew changes were not the only problems seafarers faced. There have been multiple horror stories of workers being denied medical access due to fears of COVID-19 and quarantining requirements. In May, a chief officer suffered from potential sepsis infection and was initially denied medical access (the vessel had requested a visit from a doctor in the previous days but were denied due to COVID-19-related restrictions) until the IMO’s Seafarer Action Team (SCAT) intervened to liaise between the port State and the chief officer’s home State. Fortunately, a tragedy was averted as the seafarer was finally able to disembark to receive the required medical treatment. Unfortunately, this is not the only story of denied access to medical care to seafarers due to virus protocols; another seafarer suffered a stroke and was initially denied access to medical services until, again, the IMO got involved to receive authorization for medical evacuation.

With little clarity on how to manage the situation, which was quickly becoming a humanitarian crisis as many seafarers remained working on vessel longer than the duration of their contract with no hope of repatriation, while others were left without pay and stranded with no means of returning home, the IMO (International Maritime Organization) and ILO (international Labor Organization) stepped in to find solutions. They organized to meet on June 22, 2020 in order to urge governments to waive visas for seafarers and arrange flights which would allow them to return home on leave. They deemed June 25, the “Day of the Seafarer,” calling attention to the crisis and further imploring countries to formally designate seafarers “key workers” which would facilitate crew changes to be done safely and in a timely manner by circumventing delays due to bureaucracy surrounding transit visas.

As of the June 22nd meeting, and the launch of the “Day of the Seafarer” campaign, many countries have formally deemed seafarers “key workers” and have put into place protocols to ensure safe crew changes, allowing crew changes within their own ports and/or safeguarding those of their citizens abroad.

The pandemic has brought to light many weak links in the ocean-shipping industry, with that of the well-being of seafarers being one of the weakest points of all.

As the industry closely monitors the rise and fall of freight rates, it rarely bats its eyes at the men and women who work tirelessly to move 90% of the world’s cargo. Vessel crews are made up of seafarers from all over the globe who often face difficulties obtaining transit visas, difficulties which must often be resolved by the shipowners and managers. It is time for governments to recognize the unique status of these international workers, pandemic or not, and ensure them the rights they deserve.