The Shifting Trend in China and Challenges in Logistics

Since the early 2000s the Chinese government has pushed its economy forward with infrastructure spending by building everything from massive international airports to a web of highways. These state initiatives, along with low-labor costs, have fueled China’s high economic growth and made its economy very reliant on government spending. Recently, the Chinese government has been making strides to focus its economic efforts to create a consumer-driven economy in order to have a sustainable and steady growth in the near future.

Ever since China has opened itself to the outside world for trade they have experienced massive economic development. However, over the past few decades this development has taken place in an uneven way. As coastal China became the world’s largest manufacturing hub, it made millions of people move from inland agricultural areas to the industrial coast in order to be able to take on manufacturing jobs. Many of China’s coastal cities experienced major population growth such as Beijing, Shanghai and Guangzhou. The expansion of the service sector and private enterprises, especially small and midsize businesses resulted in increased household incomes and provided a social safety net for millions of people. China still has tremendous potential to shift millions of more people in its vast rural area from agriculture to manufacturing. The rising labor costs in Coastal China has been driving manufacturers to inland locations where there is no, or limited infrastructure. This new trend in China’s economy is bringing both advantages and new challenges. Moving production to inland locations, manufacturers get to keep the production cost under control and sustain their competitiveness. On the other hand, the new challenge is now to transport the goods to inland hubs and coastal ports where they can be circulated to Chinese and international markets.

It has now become very crucial for Chinese manufacturers and international shippers to have consistent and reliable service in and out of these inland areas. As we proceed over the next decade we will see a great value being placed on those logistics services that will get the finished products to the coast and to the ports. We will see an increase in service providers that can handle the transportation in and out of these new locations. This new trend will benefit river/waterway shipping and road transports by truck. For international shipments average transit time for pre-carriage will decrease as well. The logistics services and coast to inland transportation lanes will become much more sophisticated. We will see an expansion of new logistics hubs and centers in inland locations. Amidst all of this, finished goods will keep on being shipped and will be serving the china market as well as the international market.

At MTS Logistics we are proud of our China services. We cover all of China and we work with industry experts. No matter what the trend is, providing consistent service reliability at the lowest net sustainable cost will remain at the front and center of our focus. 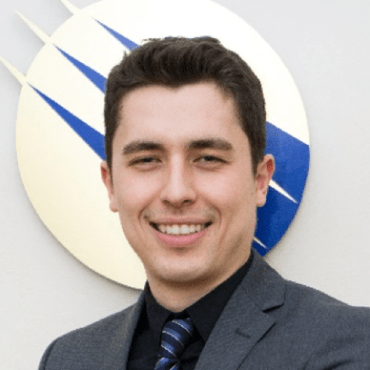 Orkun is originally from Turkey and raised in the southern coastal city of Mersin, well known for its warm weather, and commercial marine port and free zone. Orkun’s interest in the shipping industry can be traced back to his childhood and his proximity to Mersin Port and free zone operations. He received his Bachelor’s degree in Global and International Affairs from Binghamton University. Orkun also holds a Bachelor’s degree in international relations from Middle East Technical University Ankara. He previously worked for a global container shipping line and a New York City based freight forwarder holding various positions in operations, customer service, and sales. Orkun is currently our award-winning sales executive covering and developing several areas: Texas, Kansas, Missouri, Tennessee, and New York. He travels to each of these locations every month to meet his clients, prospective clients and vendors in-person to ensure harmonious supply chains. Due to his operational background in the shipping industry, his clients appreciate his knowledge as value in their supply chain and lean on his expertise. His customer service background ensures that his clients experience a very pleasant shipping experience based on open communication, proactivity, and the satisfaction of selecting the right service. Orkun is a firm believer in trust built from the promise and delivery. He tailor fits the service specifically for each of his clients, covering all their special expectations and requirements. Fun Facts: His parents tricked him to taking classical music education and piano lessons since the age of 6. In time, he turned his attention onto other musical instruments and genres, but this eventually turned him into a music nerd playing several instruments. In his spare time, he plays piano, guitar, and drums, and goes to concerts.

Survival of the Fittest

How Dock Strikes Have Effected the Economy Historically and Today