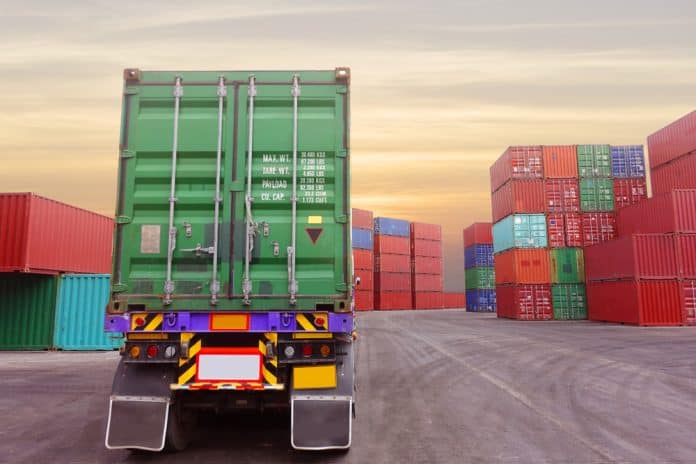 There is a lot of discussion lately on all the delays and problems with the supply chain.

It is nice to see the shipping industry making the mainstream press and media. There has been a ton of articles explaining and discussing our industry. Where in the past people kind of shrugged when asked how something arrived on a store shelf, now they have full details and descriptions on every facet of the industry. One large aspect of this coverage is the focus on who or what is to blame for the industry’s problems.

Last month, the Biden Administration announced that the Port of Los Angeles would begin operating 24 hours/seven days a week to help alleviate the supply chain disruptions that threaten to hurt the holiday shopping season and the nation’s economic recovery from the pandemic. When making the announcement the President stated, “Now we need the rest of the private sector supply chain to step up.” This one line from the president’s speech went over like a lead balloon. Many in the logistics industry commented back that everyone in the logistics industry already stepped up during the height of the pandemic – working the docks, driving the trucks, working in the warehouses and putting their own health at risk to keep commerce and trade moving.

Recently, trucking companies are complaining about the terminals’ automated appointment systems which can be scarce and unreliable.

Terminal systems go down which doesn’t let truckers make appointments or give crane operators instructions on which containers to move. Truckers are complaining that they are not able to utilize their workforce at optimal efficiency. With all the delays at the terminals, some trucking companies are only able to pull 70% of the containers that they normally would be able to if the terminals were running efficiently. In the past, truckers would be able to do 3 to 4 turns at a terminal per day. Now, they are lucky if they can do 1 to 2 turns per day.

One trucker described going to the port the same as going to Walmart on Black Friday. Everyone is lining up outside the store waiting for it to open at Midnight and then there is the mad rush to get that one special item. At the ports, there are three lines that you need to get through. First is the in-gate where you enter the port, the second is where you line up to pick up your container, and the third is the line to exit the port. There are sometimes multiple hour waits on each of these various lines. Many of the port drivers are independent contractors and get paid by the load. They receive the same rate whether it takes one hour or eight hours to pick up a container.

You see a lot of articles about the lack of chassis equipment.

Most trucking companies don’t own their chassis equipment. The terminals or ocean carriers supply them when picking up containers. It can now take multiple hours to find a chassis. When ships unload, the goal is to get the containers off the pier so they can make room for the next ship. Short windows of free time and hefty demurrage charges are the carrot and stick approach to clear space. Containers are pulled from the port and dropped in and around truckers’ yards. They are not delivered right away. They are picked up to avoid additional costs. Every container picked up has a chassis to go with it, but now it is sitting in the trucker’s yard waiting for a delivery appointment. Every chassis sitting in a trucker’s yard underneath a container is a chassis that is now tied up until it is returned. It is a vicious cycle that ends up with terminals having no chassis equipment available.

The labor shortage has also been blamed.

The lack of truckers, dock workers and warehouse personnel has been in the news. Warehouses are complaining about the lack of consistent deliveries due to driver shortages. Amazon is spending $4 billion on additional labor and related expenses during the fourth quarter due to pandemic-related shortages that made it harder to hire warehouse workers and drivers.

Unloading containers is a time-consuming, labor-intensive process as most containers are floor loaded and not palletized. Due to the pandemic, warehouses are chronically short-staffed causing delays in the unloading of containers, which in return causes delays in getting containers and chassis equipment back to the pier.

Some of the harshest criticism has been for ocean carriers.

One air cargo executive said that “If the global logistics industry were to stage a popularity contest, there are some safe bets as to who would be at the bottom of the rankings this year – the ocean carriers.” Ocean carriers in the past went year to year working with extremely tight margins to remarkably high profitability today. For some carriers, that number is greater than the profits from the past decade combined.

Rates from Shanghai to Los Angeles went from $1,800 to $20,000. The carriers charged premium and platinum fees to load cargo, hit importers with demurrage/detention charges for cargo stuck at congested ports and announced congestion pricing up to $5,000 per container. All with an on-time performance rate of 34%. Ouch.

We need all the parties that work in a port or terminal to get together and find common ground to fix the issues and bottlenecks that are causing the delays.

You cannot just have the ports running 24/7 without the truckers and warehouses adding capacity to work these shifts as well. There has to be some understanding amongst all the parties involved that they are in this together. It should not be the terminals vs. the truckers or the ocean carriers vs. the railroads. There needs to be coordination and discussion to find out what is working and what is not. You cannot just point out the problems without offering some solutions.