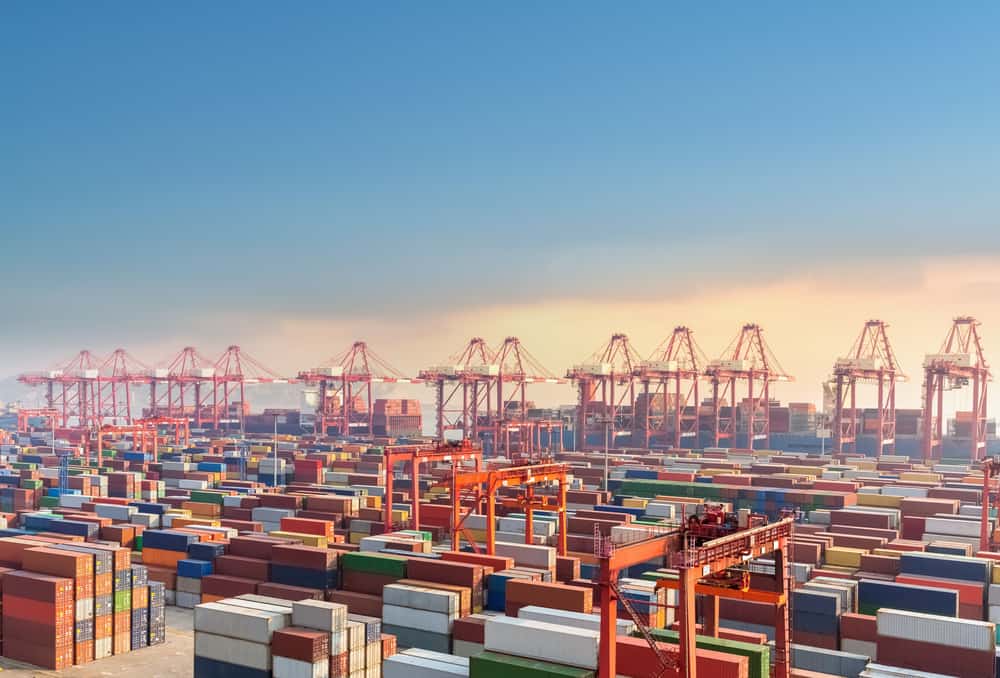 China’s top ports are starting to feel the effects of increased tensions and the resulting trade war between China and the United States.

The Shanghai Shipping Exchange reports a slowing trend in container trade growth at the 20 busiest Chinese ports over the past year. Throughput growth at these ports was measured at a rate of 4.1 percent in the first seven months of 2019—a drop of 0.8 percent compared to the same time period in 2018.

Experts attribute the slowdown directly to the 10 percent tariffs the U.S. recently imposed on $200 billion of Chinese imports. While the tariffs didn’t officially take effect until May 2019, the reduced throughput actually began early in the year because U.S. retailers front-loaded a large amount of imports at the end of 2018 in anticipation of the tariffs. Ten percent tariffs on another $300 billion worth of goods took effect on September 1.

Although the tariffs are having a direct effect on the slow throughput growth, the effects are being amplified by a Chinese economy that is also beginning to show signs of strain under the weight of the trade war. Data from the Chinese National Bureau of Statistics indicates that manufacturing growth dropped by 1.7 percent from June to July of this year, while industrial value-added growth was down 1.5 percent year over year. High-tech manufacturing has been hardest hit, marking a 3 percent decline. This all adds up to a 10-year low for the Chinese industrial production sector, spurred on by the trade war and resulting in further reduced traffic at China’s top ports.

The trade war itself showed faint signs of improvement last month when President Donald Trump postponed his additional threatened 25 percent tariff hike to the end of the year. However, if he ultimately makes good on the threat, we can expect the slowed growth in China’s ports to continue, and possibly worsen, in the months to come.

MTS Logistics will continue to keep our customers posted on the many developments within the trade war between the U.S. and China.