How the Trump Presidency will Affect Shipping and Logistics 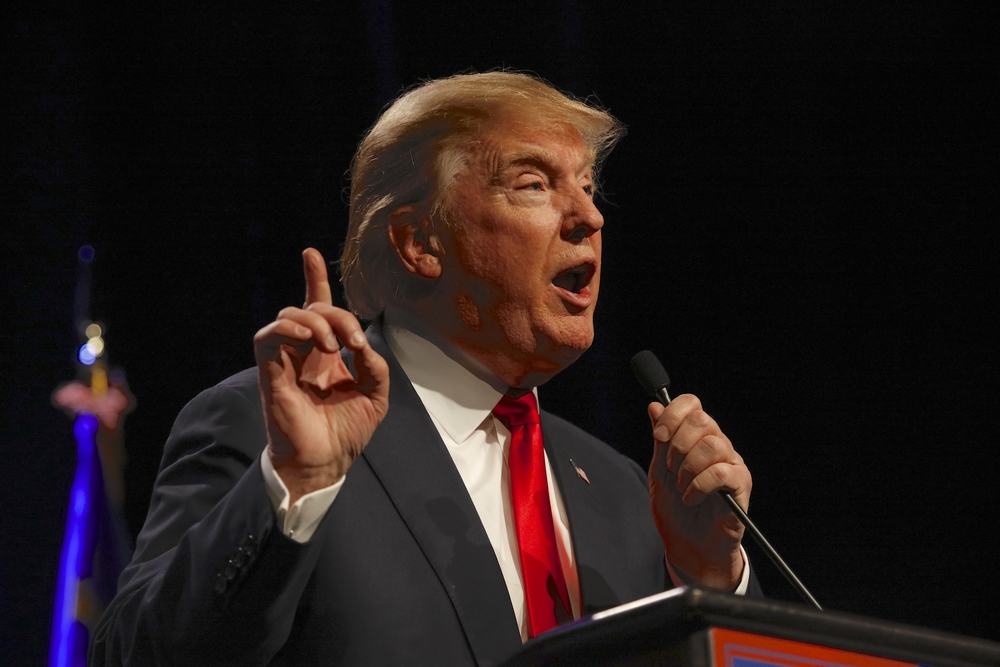 Either you are a Republican or a Democrat, whether you are happy with the outcome or not, the election season is finally over. Donald Trump has been officially elected the 45th president of the United States. People called this result shocking, game-changing and for some of them, disappointing. Martin Schulz, the president of the European Parliament described it as ‘a protest vote’ similar to Brexit. Wayne Allyn Root, former Republican Party member and political commentator wrote a book to explain how this was an ‘Angry White Male’ revolution.

Regardless of these opinions, one thing is certain: America has opened a new page in its political history and we need to focus on what will happen next, instead of what has happened.

In his victory speech in New York, Donald Trump promised to work on economic growth once he takes the office in January. He said: “We have a great economic plan. We will double our growth and have the strongest economy anywhere in the world.” Even though this is a promising statement, he also mentioned his clear intentions to withdraw the United States from the Trans-Pacific Partnership (TPP) and negotiate the terms of the North American Free Trade Agreement (NAFTA) to get a better deal, in his previous interviews.

There is an obvious uncertainty and Donald Trump’s plans on US economy can go in both positive and negative directions, but what his approach will bring into the shipping and logistics industry?

One of Trump’s top campaign promises was to refocus government spending on American infrastructure and away from the Obama-Clinton globalization agenda. It clearly created a positive impact on the trucking industry, as it means improvements for highways, bridges, junctions, etc. The American Trucking Association (ATA), the largest national trade association for the trucking industry, has recently published a press release and said: “As the industry that moves nearly 70% of our nation’s freight and is a key economic driver, we look forward to working with President-elect Trump on a host of issues, including long-term, sustainable infrastructure funding, tax reform and fair and free trade.” ATA officials also mentioned that they had already begun meeting with the Trump transition team and they look forward to working closely with the new Administration.

Undoubtedly, Donald Trump has a strong commitment to infrastructure and this is exciting news for most industries that rely on domestic transportation, but he also made it clear that he will not increase the deficit in order to fund these projects. Therefore, it seems like the industry will have to pay for the improvements, either through higher fuel taxes or tolls.

On the maritime side, things are a little more complicated. The United States is, by far, the largest economy in the world. Based on World Trade Organization data, it is also the largest importer and the second-largest exporter that has shipped the highest US dollar value in 2015. Nevertheless, it is only the 6th largest shipping nation and owns less than 7% of the world merchant fleet. This may sound surprising for a country which is the biggest player in global trade.

We can draw two conclusions from these facts. Luckily, the US government doesn’t have to support alarming shipbuilding and shipping industries like Korean government does recently. However, it also means that foreign shipping companies are ruling the oceans and controlling the trading paths.

Of course, it is not like Royal Navy ruling the Atlantic Ocean in 1800s, but more like the global ship owners steering the industry trends depending on their needs. For example, they started the ‘Mega-Ship Era’ several years ago to take advantage of the economy of scale. They eventually lowered their costs, but American taxpayers ended up paying for the investments of port extensions, higher bridges, stronger quay walls and deeper access channels.

Obviously, Trump doesn’t like foreign companies taking advantage of federal spending and he certainly doesn’t want to pay for the excesses of global maritime trade. So, what can he do about it?

We can safely assume that Donald Trump will ‘make them pay’ for the infrastructure. It would be logical for him to increase taxes and adjust harbor fees for vessel operators. He may also push the Federal Maritime Commission (FMC) to be much stricter towards shipping companies and alliances to have a better control on the industry. Experts believe that only the US could realistically put pressure on the steamship line alliances, as both the EU and China are heavily dependent on these shipping companies.

What about trade agreements? Can Trump actually withdraw from NAFTA and TPP? The answer is yes. According to Article 2205 of NAFTA, any of the three countries can withdraw from this agreement, six months after it providing written notice. It is even easier for TPP, as the Congress has not officially approved the partnership yet. However, what would happen next is not quite clear. The US has not withdrawn from a trade agreement since the Canadian-American Reciprocity Treaty with Great Britain in 1866.

Technically, Donald Trump can really impose a 35% tariff on Mexican imports after the withdrawal. The ‘NAFTA Implementation Act’ states that it is in hands of the President-elect until the Congress repeals this law. That would hurt big corporations which import the most from Mexico, such as GM, IBM and Coca-Cola. Exports, on the other hand, are another issue. Canada and Mexico are the top two markets for US exports. Mexico alone bought $214 billion in manufactured products from American companies last year and we are giving them a good reason to respond this trade war with their own tariffs.

In conclusion, withdrawing from a trade agreement is not necessarily the same thing as bringing jobs back to the United States. American companies may look for the opportunities in other countries where they can operate with lower wages. On top of that, industry leaders strongly believe that this would be a suicide for both sides. The US imported $259 billion in manufactured products from Mexico last year and higher tariffs would hurt American middle-class consumers the most.