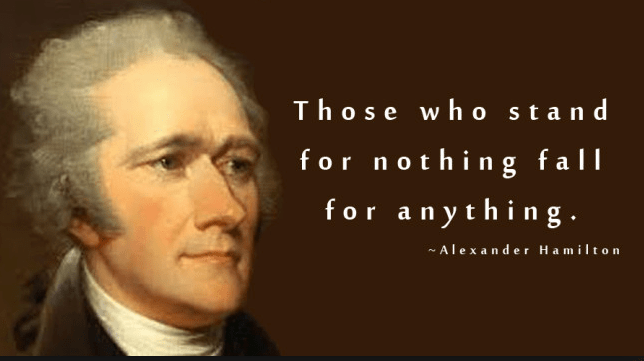 On Thursday, the United States Coast Guard announced an honorary ceremony for their founder, Alexander Hamilton, via a news bulletin. The ceremony is scheduled to take place today, May 26th, at his grave site on the grounds of Trinity Church. As a part of Fleet Week New York, the crew of the Coast Guard Cutter Hamilton will honor the Coast Guard founder and the namesake of their vessel, with a wreath laying ceremony.

Alexander Hamilton’s humble beginnings in America began in New York City, where he attended King’s College, now Columbia University. Hamilton was General George Washington’s military aide de camp during the Revolutionary War, and commanded the pivotal battalion charge at Yorktown forcing the British to surrender, effectively ending the war. In 1789, Hamilton became Secretary of Treasury, and crafted the effort to create the Revenue Cutter Service, which later became the modem day U.S. Coast Guard, much of which he accomplished here in New York City.

The cutter Hamilton is a 418-foot National Security cutter home-ported in Charleston, South Carolina. This week, CGC Hamilton made her inaugural voyage to New York City, as a part of Fleet Week festivities. USCGC HAMILTON will be moored at Pier 92 in Manhattan for Fleet Week, Wednesday May 24th, to Wednesday, May 31st, and is open for tours daily from 8 a.m. to 2 p.m.