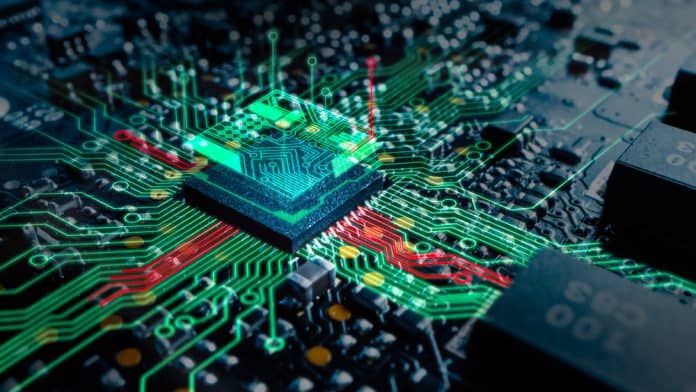 Today, the U.S. House of Representatives formally passed new legislation that is aimed at moving chip manufacturing back to the U.S., hoping to solve many of the supply chain bottlenecks faced by a growing chip shortage.

The America Competes Act aims to bypass global supply chain woes and get semiconductors delivered to U.S. companies, among other goals.

First, the bill earmarks $52 billion for chip manufacturing. That will allow U.S. manufacturers to make their own semiconductors right here at home, rather than relying on the snarled global supply chain. Chip manufacturing has ground to a near-halt in recent months as supply chain woes and machinery shortages all over the world means less chips are being made, even as demand skyrockets. The bill will invest in manufacturing equipment and semiconductor supply chains in the U.S.

Of course, another key goal of the new bill is to counter China and its economic dominance of many areas of the supply chain and competition.

The U.S. has accused China of cheating its way to a competitive advantage in recent years, either by illegally copying U.S. trademarks/patents or controlling vast elements of the supply chain – especially for technology. The America Competes Act aims to reduce China’s role in the production and supply chain of semiconducting chips, but seeks to improve U.S. competitiveness and restore a competitive advantage. Countering China is a huge part of this new legislation – references to China appear in the bill no fewer than 374 times (we reviewed the legislation in its entirety.)

One other major area of the bill that aims to transform supply chains to the advantage of the U.S. is energy. As we have reported previously, China has aimed to use the One Belt One Road initiative to promote Chinese involvement in infrastructure for developing nations. However, the new bill contains a provision to bolster the “Caribbean Energy Initiative” (CEI), which is administered by USAID, a U.S. government agency. Where China has focused on getting working infrastructure operational quickly, CEI aims to help developing nations in the Caribbean/Central American region establish new energy supply chains that are resilient to climate change and invest in the future.

The bill, which passed 222-210, still needs to reconcile its differences with the U.S. Senate before a final piece of legislation is voted on and sent to President Biden.

Although there are significant differences between the legislation just passed by the U.S. House of Representatives and that which passed the U.S. Senate months ago, there are many hopeful signs that a final bill can become law. Nearly every major U.S. trade group supports some version of the bill. The U.S. Chamber of Commerce supports many of the semiconductor supply chain provisions, while the National Association of Manufacturers joined other groups in calling for the bill’s passage. It also helps that Intel, one of the world’s largest chip manufacturers, supports the bill, as it is experiencing many of the semiconductor supply chain issues the rest of the world is facing.