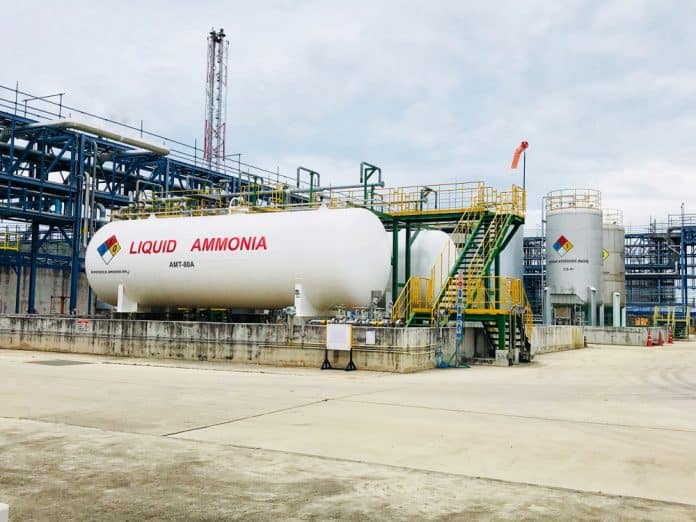 As of today, the shipping industry is still looking for other new alternatives to diesel. Shipping lines have tested LPG, LNG, methanol, biofuel and hydrogen so far and now they are evaluating ammonia as an option.

Ammonia was tried as a fuel in the past when there was a petrol shortage, but yielded to petrol later on, as petrol was an easier and cheaper fuel to be produced. However, with more advanced technology today, along with a new production method and tax incentives, ammonia might be a viable fuel for the future.

There are four production methods for ammonia. The maritime shipping industry would like to focus on greener ammonia production.

Traditional ammonia production uses hydrogen, produced using the steam methane reforming method which consumes fossil fuels. This hydrogen is then used in the Haber-Bosch process in which hydrogen and nitrogen are reacted with a catalyst at high temperatures and high pressure.

In the greener ammonia process, electricity from renewable sources, such as wind and solar power, is used to electrolyze water, yielding hydrogen and oxygen. The electricity is also used to separate air, yielding nitrogen (as well as oxygen and some argon and carbon dioxide). In this phase, the use of renewable energy for electricity would lower carbon emissions. The hydrogen is then reacted with the nitrogen to produce ammonia. This ammonia later can be liquified or used in fuel cells to be transported.

The disadvantage of ammonia is it is toxic and corrosive, which makes it difficult to handle and the fuel is difficult to ignite. Therefore, stricter safety guidelines must be followed.

The shipping industry’s decarbonization efforts will continue to comply with IMO’s net-zero targets. Only the future will show us which choices are made and if they are successful.