What is the Alameda Corridor? 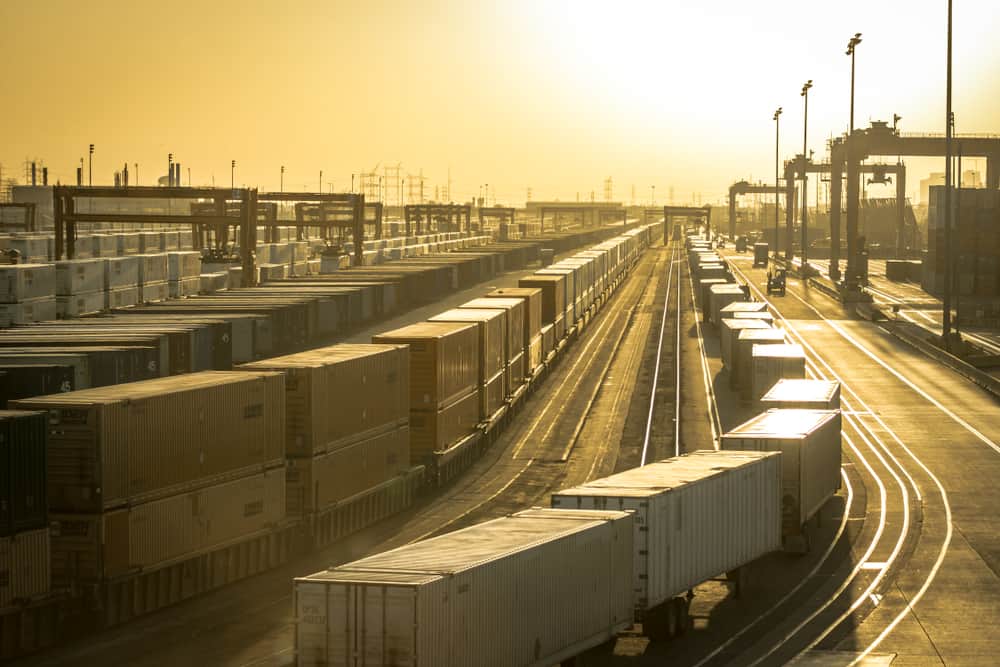 If you’ve ever shipped cargo into or out of the Ports of Long Beach or Los Angeles – which constitute the majority of U.S. imports and exports – you may be familiar with the Alameda Corridor Surcharge.

Though every carrier may not call it the same thing, all carriers face this cost and direct it towards shippers either as a separate charge on an invoice or by incorporating it into ocean freight costs (all-in.) Carriers commonly charge around $25.00 for 20’ containers and $50.00 for 40’ DV and 40’ HC containers. So, what is the Alameda Corridor and why are you being charged for it?

The Alameda Corridor is an express railway line that moves cargo from the Ports of Los Angeles and Long Beach to the national rail system near downtown Los Angeles on tracks parallel to Alameda Street.

The line runs 20 miles long, including a 10-mile trench 33 feet deep and 55 feet wide. Opening in 2002, the Alameda Corridor was created to allow trains to pass smoothly and efficiently to and from their port of origin or destination east of the Rocky Mountains. The Corridor hosts about forty trains per day, each carrying up to 300 containers, about two miles long.

Prior to the existence of the Alameda Corridor, these gargantuan trains operated on historic local tracks and would stop traffic for 20 minutes or more at a time as they passed slowly through cities. Slow passings meant a substantial build-up of traffic in the cities’ main arteries and dangerous delays for emergency vehicles. The only other alternative was to move containers individually via truck. The Alameda Corridor allows numerous containers to move 40 miles per hour on a separate line, and partially below ground, to reduce traffic congestion and pollution caused by freight trucks. Since the incorporation of the Corridor, the west coast has avoided roughly 14,000 tons of emissions from freight trucks carrying individual containers. Essentially, the Alameda Corridor is a greener and more-efficient way to move your cargo.

The Alameda Corridor is designed to move over 160 trains per day (still carrying up to 300 containers each), but hovers around the maximum of 40 trains because it is still more economical to move cargo destined for west of the Rockies via truck. This takes away the cargo that could fill an additional 120 trains.

We know it’s a great project that has saved a lot of time, money, and energy, but why must we be charged for it?

Frankly, the user fees we are charged every time we move our cargo through the Alameda Corridor help pay back loans granted by sources such as the U.S. Department of Transportation, the Los Angeles Metropolitan Transportation Authority, and local ports. Overall, the additional costs we pay for the use of the Alameda Corridor are minor compared to the benefits it has provided the U.S. In the crazy world of shipping, greener and faster are always the best options.