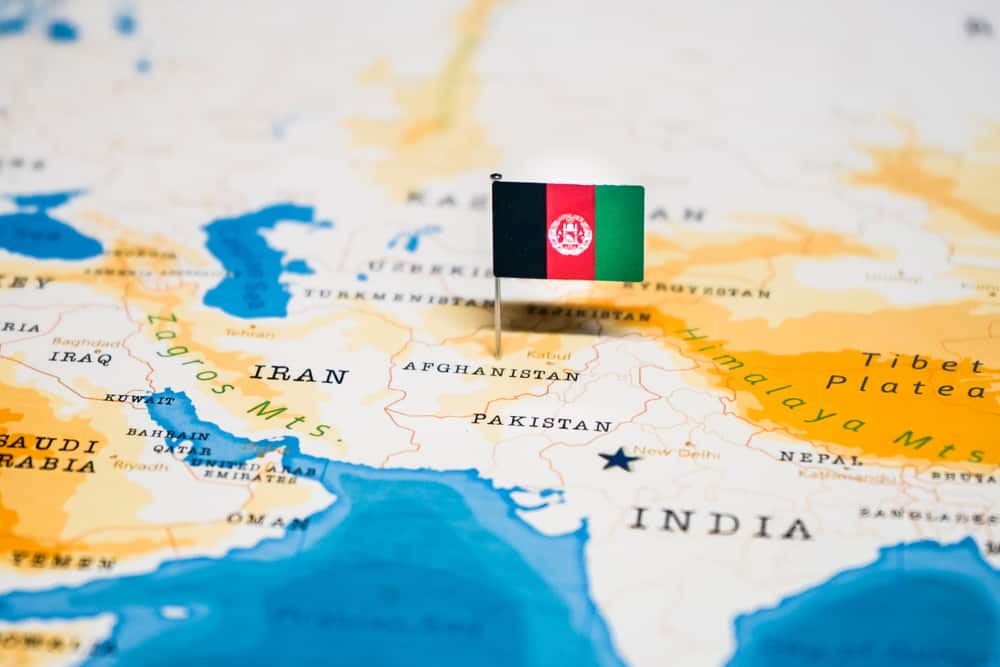 When the U.S. first announced a withdrawal from Afghanistan was underway nearly two months ago, the American public and the world mostly shrugged. After nearly 20 years of war, many people did not want to hear anything about Afghanistan. However, now, with the faster-than-expected takeover of that country by the Taliban regime, policymakers in the U.S. and around the world are watching the actions of Afghanistan’s neighbor, China, very closely.

China stands to benefit immensely on the trade front as a result of the U.S. withdrawal from Afghanistan.

If there is any one country who stands to gain the most from the Afghanistan withdrawal and current turmoil, it’s China. As we have reported on this blog repeatedly over the years, China has sought to significantly bolster its economic clout in Central and Eastern Asia through new initiatives. Just a few years ago, for example, the Chinese government was hyping the so-called One Belt One Road initiative, which would firmly plant Chinese infrastructure in the center of the Asian continent.

With the COVID-19 pandemic and Chinese economic woes at home, the Chinese have not held up many economic commitments made with emerging countries in the region, weakening its negotiating position as it seeks to develop infrastructure for shipping, logistics, and transportation. Therefore, many partners have turned their backs from further deepening economic ties with the Chinese or embarking on complex infrastructure deals through the One Belt One Road initiative.

Now, with the U.S. gone from Afghanistan, the Chinese government is already using this once-in-a-generation opportunity to remake geopolitics – and trade – in Central Asia. While the U.S. and other Western countries are withdrawing diplomatic personnel and shutting embassies in Afghanistan, China along with Russia have announced they will both keep their embassies open and operational in the country. Chinese diplomats are already working on deepening trade ties with the Taliban government, according to multiple reports. The U.S. and Western countries have essentially ceded a large amount of economic clout – and control over trade – from Central Asia with a speedy withdrawal.

The new “Silk Road” project and huge industries will unlock new trade opportunities for the Chinese.

Economic ties with the incoming Afghanistan regime would unlock many new trade opportunities for the Chinese government. First, the new “Silk Road”, One Belt One Road, may get a shot in the arm if the Chinese are the only powerhouse trade partner operating in the region following the pull-back of the West from Afghanistan. Once again, with the Taliban looking to establish and maintain legitimacy on the world stage, Afghanistan’s new rulers will need to forge strong trade bonds with the Chinese in order to appear to have a semblance of international recognition.

Prior to September 11, 2001, the Taliban had already been not recognized by most countries in the world. After the terrorist attacks that way, other countries also ceased ties, essentially cutting the regime off from the world. This time, if the Taliban regime seriously wants to remain in power in Afghanistan, trade deals with regional partners are essential. Afghanistan may choose to take up some Chinese initiatives as part of One Belt One Road.

Additionally, Afghanistan is of course home to a huge poppy growing operation, which was previously controlled largely by Western countries in efforts to prevent illegal drugs such as heroin from leaving Afghanistan. The Chinese may choose to further engage Afghanistan’s Taliban rulers to get a piece of this crucial trade market.

And perhaps, most critically, Afghanistan is central to oil trade throughout the entirety of the Asian continent. The U.S. did so much to engage and control the Afghan oil pipeline infrastructure over the last twenty years. Now, other countries such as China will see an opportunity to be at the table and gain more favorable trade terms with Afghanistan, should China fully recognize the Taliban regime.

Whatever happens, one thing is for sure: China is a clear winner with the U.S. leaving the region.

Only time will tell what happens in Afghanistan with the U.S. gone. The Taliban’s return could, in fact, be short-lived. However, the conventional wisdom is that the Taliban were always favored to take back control of that country after the U.S. left. And, with that probability, China will take advantage as it seeks to become the world’s leading economic superpower and replace the U.S. in world influence. That much is certain.