Will We See a Similar Downturn in the Market as We Did During the 2008 Shipping Crisis? 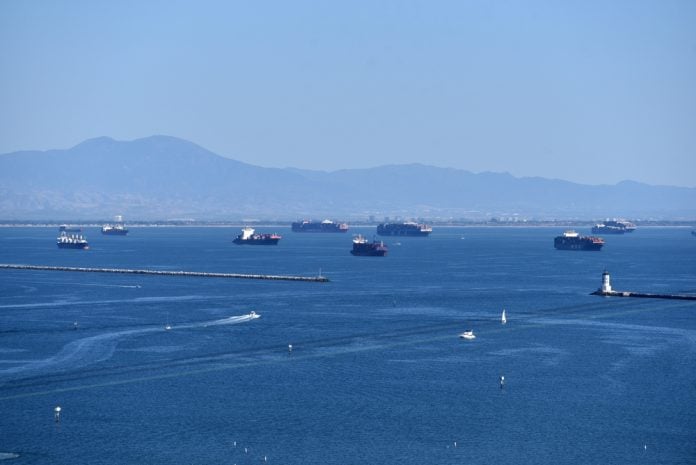 Maritime trade has always had its ups and downs due to product cycles throughout history. In the modern era, these cycles have changed in nature, but their existence has survived those changes. Nowadays, we see macroeconomic and political factors affecting the shipping cycle much more significantly than in the recent past. There are many parallels comparative to the cycle witnessed in the 1930s.

We can split the shipping market into four categories:

Since the shipping industry contradicts Soy’s Law, which states supply generates demand, building ships is a risky decision and a volatile, cycle-based market that adds significant risk. Therefore, we do not see free entry or free exit possibilities in the market. This makes the shipbuilding selling and renting market very stable and reliable aside from the major crises that create opportunities or exit points to avoid more complications. Since over 80% of traded goods are moved via the sea (UNCTAD; Review of Maritime Transport 2021), we can confidently say that the entire developed world depends on sea transportation to survive.

When the 2008 crisis hit, one could argue that it was the result of China’s Open Door Policy initiated by Deng Xiaoping. Since the beginning of that reform in 1978, world trade has increased in volume greatly, and China’s strategy to be the factory of the world changed the world’s view on production. Previously self-reliant countries moved their means of production to a new home where goods were produced at one-tenth of their previous cost. This era, and its prosperity, encouraged people to invest in the shipping market, resulting in more and more ships being constructed to meet the extreme demand. At its height, the Baltic Dry Index (BDI) was over 11,000 points and daily earnings were high as $157,000 at the peak (Danish Ship Finance, Shipping Market Review 2nd Half 2007).

Leaning From the Past

This was considered the new gold rush. But as stated, the shipping market operates in cycles, and these bountiful years were gone just like that. In the second half of 2008, the market was so low that newly constructed ships were getting scrapped just to cut losses.

Luckily, it looks like shipping tycoons have learned from their mistakes and took every new opportunity with a grain of salt. Even though supply was not meeting demand, they took a much more conservative approach to adding new vessels to their inventory. Of course, with Covid-19 restricting ports all over the world to prevent things from getting out of hand, freight rates skyrocketed. This is where actors felt the heat of the current crisis. Import container freight rates quadrupled on average in the U.S., and for certain destinations prices were even higher. For other countries, the Peak Season Surcharge (PSS) became a regular fee that is charged throughout the year since the demand has been so high.

So, what did the ocean carriers do this time to create more opportunities? By looking at the recent purchases, we can see that they are looking to expand into the skies. Maersk bought Senator International to strengthen its cargo airline, Star Air, which was established by Maersk in 1987. MSC founded a new company, called MSC Air Cargo, which is expected to open for business in early 2023. Its first plane, a Boeing 777-200 freighter, is to be operated by Atlas Air.

MSC CEO Soren Toft said, “This is our first step into this market and we plan to continue exploring various avenues to develop air cargo in a way that complements our core business of container shipping,” (Aerotime Hub, author Vyte Klisauskatie).

There are also talks about MSC and Lufthansa competing for Italy’s ITA Airways with a Certares-led consortium, backed by Air France-KLM and Delta Air Lines. This, of course, means that the shipping market will be stable and strong compared to the crisis of 2008 because people at the helm learned from their mistakes and did not repeat them. New orders are coming from all shipping lines around the world to increase their fleets, but since almost any actor who owned even a single ship announced 3-4 times more profit than in recent years, it is safe to say that everybody has significant liquidity to support their expansion policies for several years.

In conclusion, if we compare the 2008 crisis and the current 2020-2022 crisis in the freight market, we can easily say that the landing will be much slower in 2022 than it was back in 2008. With all supply and demand-based fluctuations, the market is finding its equilibrium, which can take some time since suppliers are ready for it. Let’s hope this attempt will be met with correct responses from the seaports’s side to match the flow of the freight market.