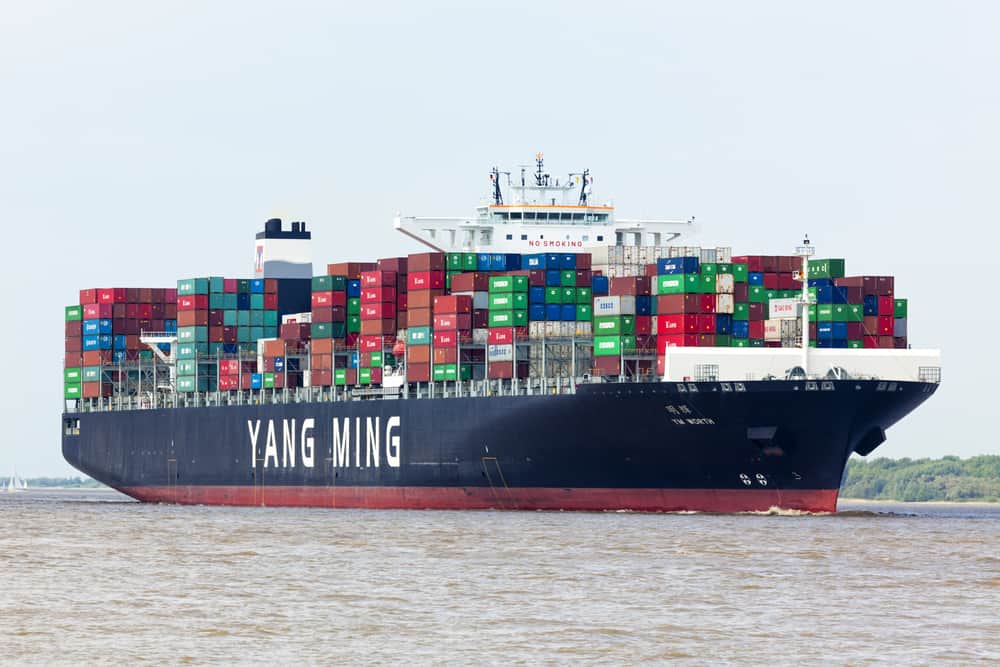 Yang Ming Lines, a Taiwanese-origin ocean carrier, almost doubled its losses between 2015 and 2016, reporting a $493.6 million loss last year on reduced revenue due to frailer pricing.

The statement of deep losses comes as the Taiwanese government burdens the carrier to reform or face a significant disturbance. Yang Ming Lines is not the only ocean carrier facing losses in 2016, after Maersk Line, CMA-CGM, Hapag Lloyd, and OOCL reported a total loss of $1 billion.

The ocean carrier held responsible persistent overloading, not enough demand, and a constant fleet renewal, for its poor performance.

The carrier has entered numerous enduring time charter agreements with various ship owners and shipyards. Yang Ming Lines received eight container ships, each with the capacity for 14,000 20-foot-equivalent units during 2015 to 2016 from Seaspan under 10-year time-charters, with an additional vessel expected to be delivered and functional later this year.

Due to its recent losses and strengthened concerns after ocean carrier Hanjin Shipping collapsed in August 2016, Yang Ming has revealed a recapitalization plan. The government will increase its roughly one-third stake in the company. Furthermore, the company said in January that it could draw on a $1.9 billion state fund should it require financial support.

The last time Yang Ming Lines was profitable was in 2013, when the carrier posted revenue of $92.2 million.

As of Fall 2016, the carrier had the most leveraged balance sheet of all the major carriers, with net gearing totaling 437 percent, as per Drewry Financial Research Services. That’s significantly superior to the industry average of 124 percent, and almost five times that of neighboring Taiwanese carrier Evergreen Line.

Officials in the ruling Democratic Progressive Party recommended to the Ministry of Transportation and Communications that Yang Ming should unite with Taiwan International Ports Corp to rationalize resources and decrease costs. Yang Ming’s financial challenges have fueled speculation it would merge with its compatriot Evergreen. However, Yang Ming Chairman Bronson Hsieh disallowed that idea last November, stating it has no plans to do so and its partial state ownership places unions inconceivable.

Yang Ming has yet to disclose the percentage of the company that will be owned by the government.

It stated only that “it is also anticipated that the recapitalization plan will result in a larger percentage of government-owned and controlled interest in Yang Ming, well beyond the current approximate 33.3 percent held by the Ministry of Transportation and Communications of Taiwan.”

In a customer notice publicizing the plan, Yang Ming advised that the line was not in default on any obligations. “Yang Ming has never approached its creditors with any demands to restructure any part of its debt, and Yang Ming does not have any intention to do so going forward.”

In another attempt to comfort shippers’ minds, Yang Ming and other Alliance members — including NYK Line, ‘K’ Line, Hapag-Lloyd, and MOL — introduced in December new industry safeguards, which included an emergency fund thats purpose was to help recover stranded cargo if one of the members collapses. While The Alliance’s failsafe plans were received with a pleasant welcome from the shipping community and maritime regulators, other carrier alliances considered such contingency plans as indicators of financial instability, and the 2M and Ocean Alliances stated earlier this year they had no intentions to adopt parallel emergency funds.

Steamship Line Evergreen has yet to release its consolidated 2016 financial report, but it is estimated they will not fare substantially better after registering a 15 percent year-over-year decline in the first nine months of the year.

Meanwhile, intra-Asia ocean carriers, such as Wan Hai Lines, also listed in Taiwan, have been accomplishing stronger performances, even as profits have come under considerable amounts of pressure, due to fierce competition. Wan Hai, the largest intra-Asia focused carrier, and therefore, a bellwether for trade, reported cumulative profits of $11.5 million for the first nine months of 2016, still a profit but down 91.7 percent year-over-year. The company has yet to announce their full-year earnings for 2016.