The Illegal Ivory Trade – What Role Does the Shipping Industry Play? 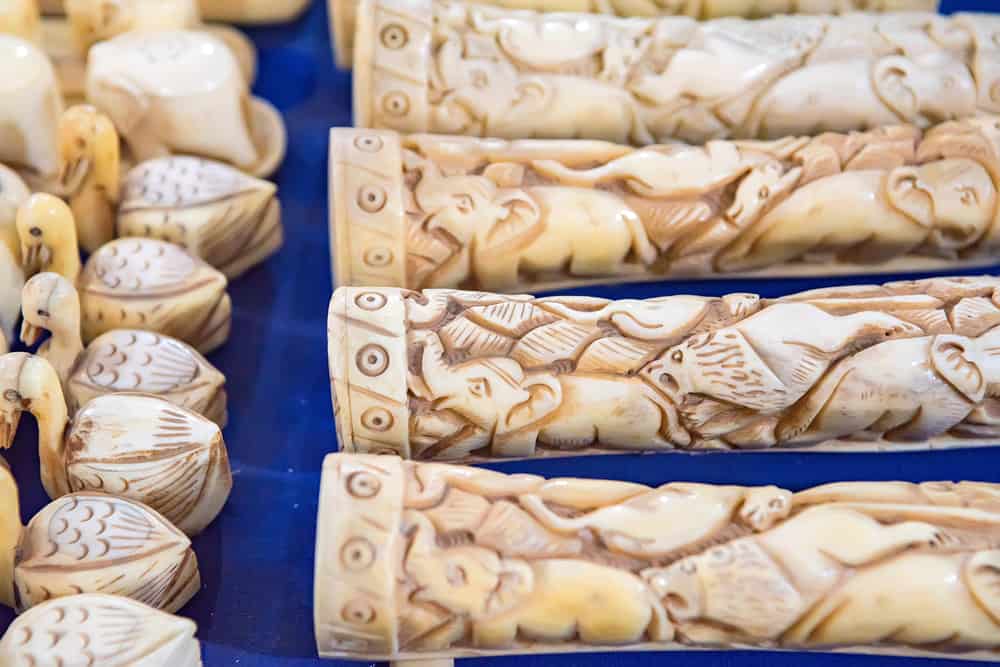 The illegal trade of ivory is a global travesty – one that, though largely unknowingly, the shipping industry plays a big role.

Ivory is a white substance found in the tusks of animals such as elephants, walruses, narwhals, and hippopotamuses. These tusks serve as a means of survival. Therefore, once they have been removed, if the animal does not first die from the removal wounds, they will likely die due to lack of their key appendages.

Why is ivory of commercial interest?

Historically, ivory has been used in works of art and as demonstrations of wealth. In Chinese culture, the carving of ivory into intricate masterpieces was, and is, a highly-regarded skill. In later years, it was used globally in items like billiard balls, piano keys, and pistol grips, though these uses largely ceased in the mid-1980s.

International ivory trade is illegal and the movement of antique ivory pieces or legally-sourced ivory (typically from government stockpiles) is closely monitored. Ivory falls under CITES, Appendix 1, and requires permits and documentation showing the source and age of the ivory. If the ivory is moved without the proper documents, it will be seized and the shippers will face serious consequences varying depending on the country of seizure.

Although the international trade of illegally-sourced ivory was banned in 1990, the market for poached ivory continues to fluctuate.

Shortly after being banned, the cost of ivory fell – and as a result, so did demand. However, ivory poaching has more than doubled since 2007. This increase has led to a loss of more than ⅕ of the African elephant population.

Although the shipping industry has strict rules against the movement of banned or sanctioned cargo, it does not necessarily mean that these materials aren’t shipped or that all parties adhere to these regulations.

The Environmental Investigation Agency (EIA) studied the route of ivory moved from the highest-volume origins – Tanzania and Mozambique – to the highest-volume destination – Shuidong in China. They found that the cargo was moved around multiple transshipment points to mislead diligent customs officials and was further assisted by corrupt forwarders and customs agencies.

The path of the ivory begins in East Africa:

While governments, ocean carriers, and environmental agencies such as EIA, World Wildlife Fund (WWF), and Elephants Without Borders are doing everything they can to fight the poaching of endangered elephants and the illegal trade of ivory, they are still faced with terrible losses.

In early September, it was discovered that almost 90 elephants were killed for their ivory in a wildlife sanctuary in Botswana. Horrible acts like this prove that more must be done to end this evil enterprise. Fortunately, devastating losses are met with substantial wins: Hong Kong, the largest hub for the transfer of poached ivory, has moved to outlaw all commercial sale of elephant tusks beginning in 2021. At that time, all licenses received before that time will expire and the punishment of illegal ivory trade and sale will increase from the current 2 years to 10 years in prison.

With continued vigilance and universal attention to this issue, the illegal ivory trade could come to an end within our time.

Emre Reyhanhttps://www.mts-logistics.com
Emre is Export Operations Manager at MTS Logistics, and has been with the company since 2006. He holds a bachelor's degree in economics.
RELATED ARTICLES
Featured