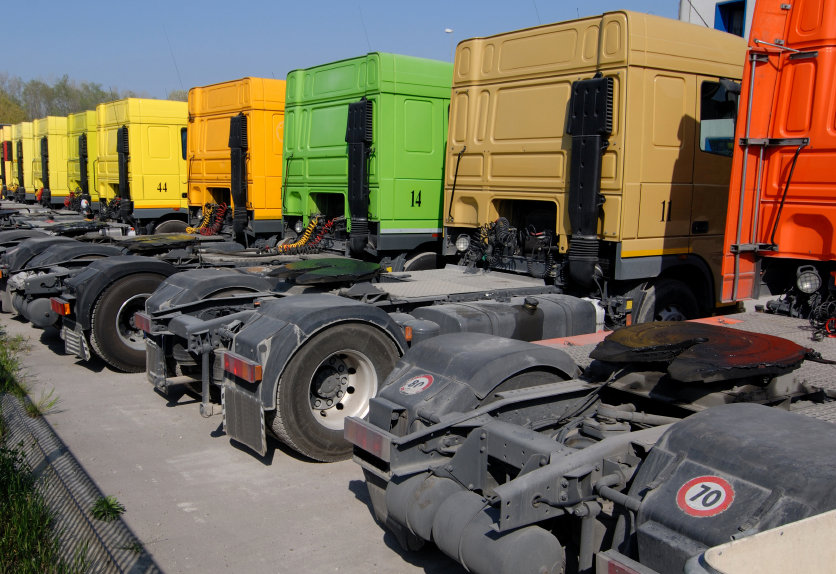 Since late last year, truckers have struggled with serious container chassis shortage, as well as port congestion. These two challenges are inter-related and have been especially severe at the nation’s busiest ports of Los Angeles/Long Beach and New York/New Jersey.

Container chassis is the undercarriage on which the container is placed for towing to/from a shipper’s warehouse. Historically steamship lines used to own the chassis who then charge truckers a fixed daily rental fee for the use of their equipment.  That business model is about to change. Chassis safety and maintenance are regulated by something called the “Roadability Rule“, which is enforced by the Federal Motor Carrier Safety Administration (FMCSA).  Given the increased regulatory scrutiny of chassis, the cost of chassis maintenance and the enormous investment required to own a pool of rental chassis worldwide, many ocean carriers have begun to get out of the chassis rental business altogether.

In addition, many chassis have been taken out of service due to maintenance requirements and they will not be repaired. It is a cost many cannot afford. Many smaller truck lines are under-capitalized and simply unable to finance the cost of owning a pool of chassis to provide to shippers, especially when importer often want to keep it for multiple days at a time while they load/unload their containers. The result has been that many smaller truckers are simply being forced out of business.

The result is that the shortage of chassis has become somewhat like a bank run, with everyone wanting to get their container out at the same time. It has only exacerbated the problem. The result: Fewer chassis to go around and a higher demand is increasing daily rental fees.  The basic laws of supply and demand apply.

The “chassis problem” hasn’t been solved completely for the industry as a whole.  The problem specifically was laid out clearly at the TPM by the team of Lowes, Flexi-Van Leasing and Atlantic Intermodal Services and is defined as follows:

When you take the growing chassis shortage, it all adds up to longer lines at the harbor. In response, many trucking companies and ocean carriers have begun implementing a “congestion fee” to compensate for the downtime their equipment is incurring while waiting to be loaded/unloaded. Many importers have been caught unaware by the supplemental fees and have not budgeted for it in their transportation costs.  This only adds to the frustration.

Importer should be prepared for further severe weather and chassis shortage delays.  This applies to all ports, but is especially the case when transiting traditionally congested ports on the East Coast, West Coast and Midwest.

At the end, like so many other things, the chassis situation will work itself out as new companies step in to fill the need. In the near term however, you may want to allow a few extra days for your ocean freight to reach its final destination.

Ethan Huanghttps://www.mts-logistics.com
Ethan is originally from China. He studied Computer Information Systems (CIS) at City Tech College in New York. Ethan has been working in the logistics industry since 2006. He joined MTS Logistics in December 2011, and is now one of our Import Operations Managers. Fun Fact: Ethan loves snowboarding, in fact he goes snowboarding various times each winter until the last bits of snow melt.
RELATED ARTICLES
Maritime