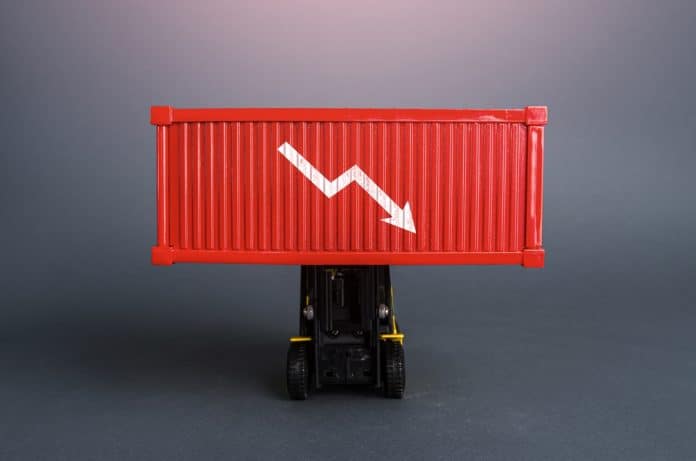 Year over year, ocean freight rates have dropped 90% for cargo heading from China to the West Coast of the United States. While we’ve observed a decline for much of the second half of 2022, November marked a month over month record for drop in price – in the midst of peak season, nonetheless.

Many logistics managers are sending messages to clients in the ocean faring freight market warning them freight rates are due to correct themselves in 2023. They warn of a much faster increase in price than had been forecast previously too. In a recent statement to clients, HLS recently wrote, “we initially expected the market was about to correct itself and normalize some time in 2023, but it comes much earlier than we expected.”

Despite rapid decline seen until this point in Q4 and the collapse of the spot market, major shipping lines have reported nearly $122 billion in profits over the first three quarters of 2022, according to statement from Sea-Intelligence CEO, Alan Murphy, in a statement to CNBC.

But trade data shows an 11% decline in Asian imports to the U.S. in October, year over year, further compounding declines observed in September.

The ocean freight contract market saw a 5.6% price drop in November, the third consecutive month rates have decreased and the largest drop since 2019. According to Peter Sand, Chief Analyst at Xeneta, further disruption to this market will bring an end to record breaking quarter after record breaking quarter for many shipping liners.

Sand has gone even further with his projections, saying Xeneta believes the challenging environment will persist, and orders from Chinese manufactures will drop as much as 40% from its current standing. Many logistics managers believe this is an accurate outlook, and don’t expect demand to normalize until the summer of 2023 at the earliest. Xeneta data shows that 85% of their customers plan to decrease ocean freight spending in 2023, lending credence to the claims cargo volumes from Asia will continue to fall.

Rates between China and the West Coast of the U.S. are currently 5% lower than they were in pre-pandemic 2019. But cargo routes from China to the East Coast of the U.S. remain 32% higher than they did three years ago. With Chinese COVID restrictions loosening slightly, and the cost of fuel normalizing throughout the course of this year, stability in the market may not be far away.

While global container volumes have fallen 9.3% year over year, 2023 poses an interesting question: when will demand between the U.S. and China normalize? Because freight rates will be sure to normalize with it.