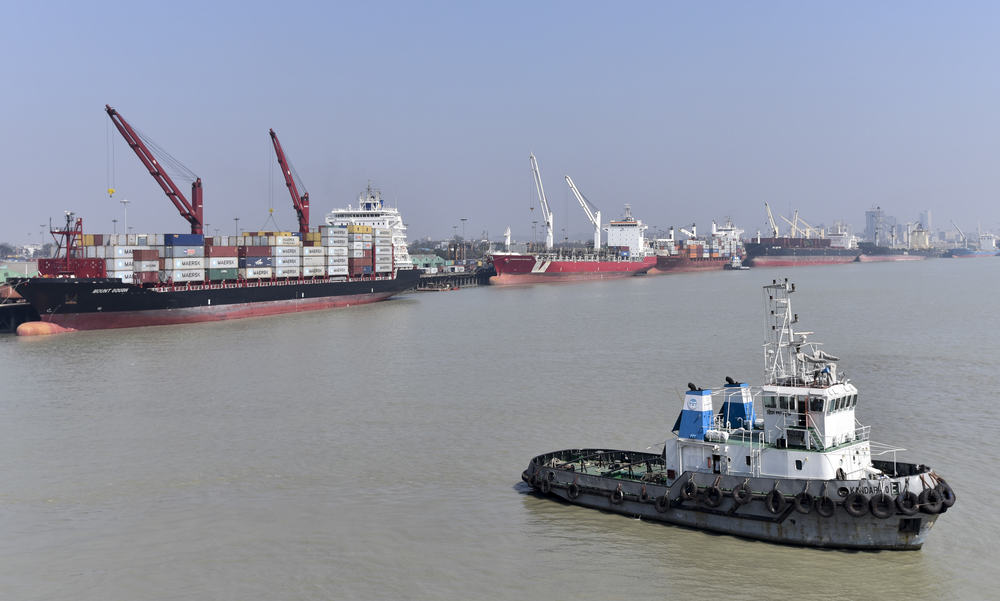 Many vessels are experiencing delays in berthing schedules, leaving ships waiting at the outer anchorage. The congestion has increased the average time in port by 43.1 percent, to 84.3 hours, between January and June. Time in port did not improve in July, as the average time in port for container ships was recorded at 54 hours a little over half-way through the month, according to IHS Markit, a world leader in critical analytical information.

Stakeholders blame the congestion squarely on the lack of adequate infrastructure at the port.

After an accident on June 25th, two gantry cranes were damaged, intensifying the situation and consequently disrupting container handling at the port. Nearly 90 percent of the country’s import and exports are done through Chittagong Port. With such a mass disruption in the trade route, businesses are likely to incur losses as the shipping companies charge more for overstay at the outer anchorage of Chittagong Oort. Mahfuzul Haque Shah, Director of Chittagong Chamber of Commerce & Industry, stated “Regrettably, the infrastructural capacity of Chittagong port has not increased over the years to cope with the ever-increasing growth. Therefore, it is the economy of the country which is now on the verge of collapse.”

Chittagong Port has seen a loss of nearly 2 meters (6.6 feet) in draft around it’s 13 jetty harbors. Six of these jetties are at a maximum range of 7 meters, preventing docking of vessels with drafts of 8.5 meters from berthing. Chittagong Port is relying on only two jetties to accommodate ships of such size. Vessels entering the port with deep-water draft must first be unloaded at these two jetties to reduce their draft to 6 meters. These ships are then directed to other jetties with a depth of 6.5 meters to unload the rest of the containers. This process has also resulted in higher costs on top of delays, as a result of having to pay two different groups of workers to unload the vessels.

Shippers facing a lead time of crisis, due to their inability to unload raw materials into their factories, have been desperate for government support. But as container vessels continue to experience extended delays, the future for Chittagong Port remains unclear.