Some Effects of Climate Change on Shipping 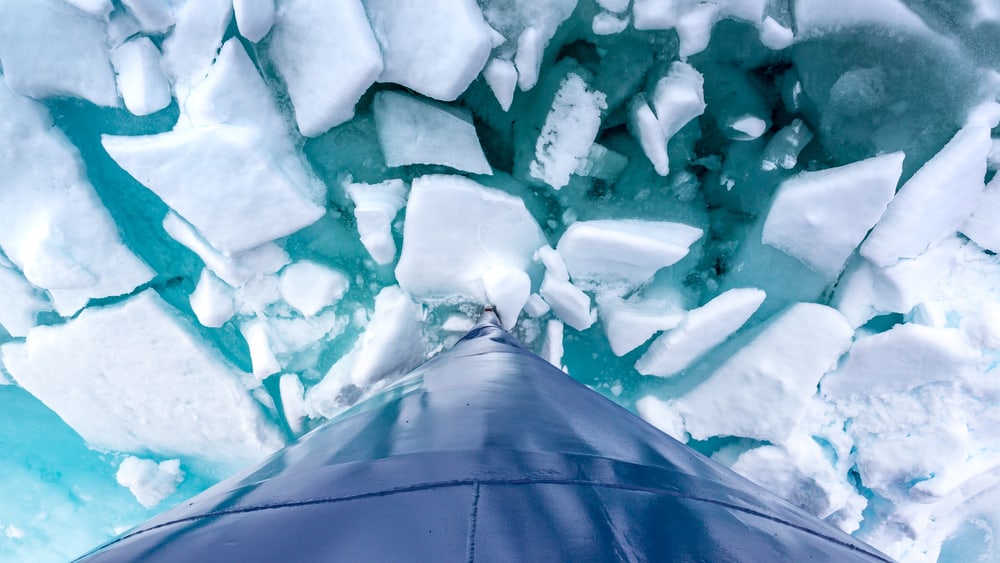 As a result of the global climate crisis, the ice sheets in and around the North Pole are melting, revealing a fortune. The decisions humanity will make over the next 30 years will determine our future on the planet.

In January 2021, there was a very important event that escaped the attention of the world. The liquefied natural gas (LNG) tanker Christophe de Margerie departed from Sabetta Port in Northern Russia and arrived in Ciangsu Port near Shanghai, China in just 11 days. Unloading its cargo, the ship then moved towards where it came from. Crossing the Bering Strait and the North Sea, it returned to Russia. Although the 229-meter tanker was accompanied by a nuclear-powered icebreaker at the start of its journey, Christophe de Margerie covered most of the way alone. There is nothing surprising in the journey itself or its route, yes. But, the important thing to notice is timing.

Climate change has opened new shipping routes – this journey was not possible in the past.

In the past, it was impossible for a ship like the Christophe de Margerie (or rather any ship) to travel near the North Pole in January. The ice sheets on the surface of the water were so thick that it was out of the question for any ship to overcome this obstacle and continue on its way. Therefore, the Northern Sea Route could only be used during the period from July to November.

However, due to global warming and the climate crisis, the Northern ice sheets are now quite thin even during the winter months. This means that ships like Christophe de Margerie can sail the Northern Sea Route all year. Igor Tonkovidov, head of the Sovcomflot company that managed the ship’s expedition, said that this voyage proved that the Arctic and the Northern Sea Route were safe all year round

Although the trip in question is a first, it would be wrong to say it was unexpected. It was known that the uncontrolled increase in carbon emissions for many years would eventually lead to the melting of the glaciers in and around the Arctic. However, the sweeping change experienced by the region has also changed the way the rest of the world views the Arctic.

The future of four million people is in danger, even if there is a lot of wealth under the ice.

Melting glaciers mean new opportunities for some. It is estimated that there are 90 billion barrels of oil and 45 trillion cubic meters of natural gas deposits that have not yet been brought to the surface in the region. A significant part of these deposits remains under the sea floor. Melting ice means these areas will be much more accessible.

Moreover, with the melting of the ice, new maritime routes will emerge. By 2024, Russia aims to send 80 million tons of cargo via the North Sea route. China is making calculations of sending the goods produced in its factories to Europe via the Arctic instead of the Suez Canal. Tourist cruise ships are also planning to launch more tours to the polar region. And of course, there are veins of precious metals and minerals. Besides the rare earths of Greenland, the sea floor is full of nickel, scandium and copper resources.

As glaciers melt, millions of people will have to voluntarily or compulsorily move to other places. Today, four million people live around the Arctic. As the planet warms, these people’s lives and sources of income are in danger.