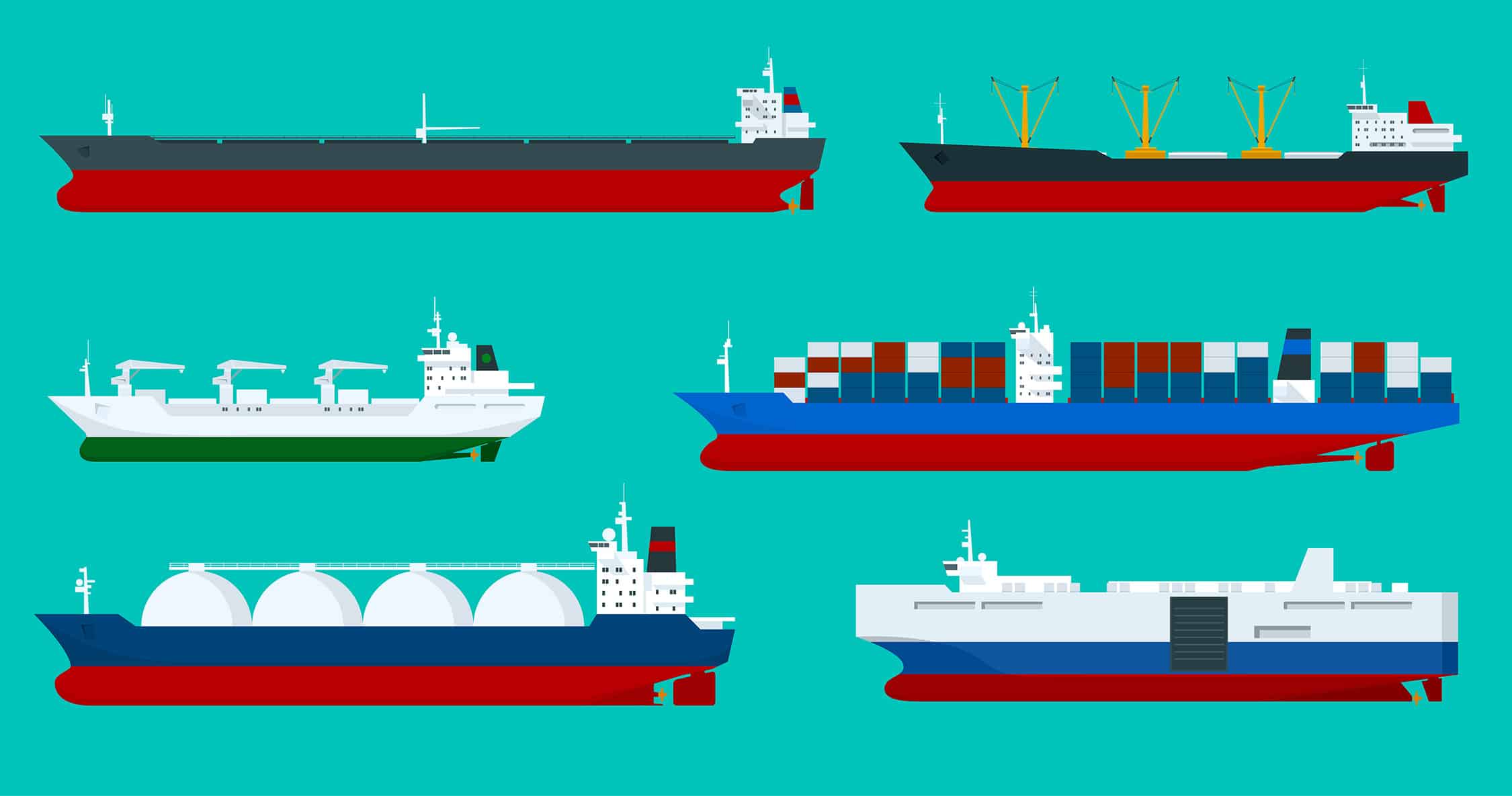 The idea of utilizing the sea to carry cargo has a history that goes back to 6,000 years ago, but the greatest developments in this field have emerged since the beginning of the Industrial Revolution. The number, type, speed and tonnage of cargo ships have increased continuously in order to meet the extreme demand that emerged in the 20th century.

Container ship sizes vary widely. The biggest examples of this species are 400m with a capacity of 18,270 TEUs. Such ships are often required to drive at high speeds, with the average speed ranging between 18-25  knots.

In shipping, break bulk cargo or general cargo are goods that must be loaded individually, and not in intermodal containers nor in bulk, as with oil or grain.

These vessels were the backbone of all trade fleets by carrying various dry cargoes, and sometimes even liquid cargoes, until the 1960s.

However, especially in the last 20-30 years, due to the introduction of special cargo ships (bulk cargo, container, Ro-Ro, etc.), these vessels are losing their importance because dry cargo ships are currently being built for small-size and short-haul flights. The design of the ship’s deck, warehouses, and loading-unloading equipment is based on the amount of load to be transported and determines the basic characteristics of a dry cargo ship.

These vessels are designed to carry dry bulk cargoes such as grain, ore, coal, fertilizer, and sugar. The loading and unloading crane is replaced by a conveyor or pumps. For this purpose, equipment is usually used at ports and these vessels do not carry such equipment.

In the late 1960s, barge carriers were the result of an effort to minimize the time spent by ships in ports. The cargo is carried within the vessel within very large floating pontoons, and the loading and unloading takes place at the harbor gates without the ship approaching the port.

These pontoons are carried by tugboats between the port and the ship. These types of vessels have been produced in small numbers and are not widely used as container ships.

These ships have emerged with the idea of loading and transporting wheeled cargo trailers to the ship via ramps. They come in different forms depending on the need, including vehicle ferries, cargo vessels (which are used for truck trailers, railroad cars, etc.) and car carriers, which are the most prominent. Ro-Ro vessels are loaded and unloaded using single or multiple loading ramps. These vessels are designed to travel between 18-22 knots.