The Push Towards a Cleaner Voyage 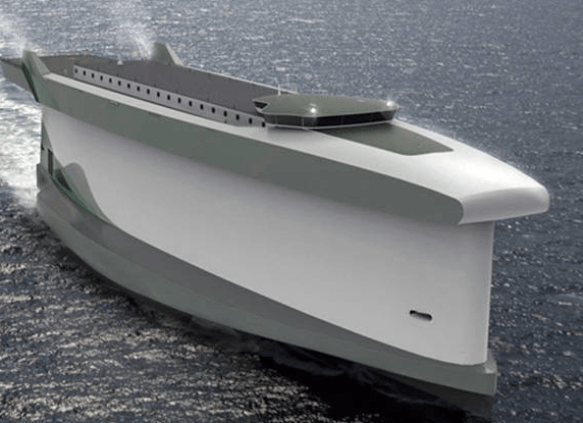 Amid the increasing concerns of carbon admissions and other pollutants, the shipping industry and the UN’s International Maritime Organization have been taking strides in reducing ships’ environmental impact. The main focus has been to modify vessels with technology that allow them to function efficiently with the use of less fuel and or other energy sources with cleaner by-products. Although oil prices have plummeted, there may be less of an incentive to modify ships to reduce operational costs. However, the industry has a social responsibility to regulate the pollutants they emit into the atmosphere.

Among the companies developing methods to reduce fuel consumption is Silverstream Technologies. They are engineering a way to lessen friction between the water and the hull surface through a system, which covers the bottom of the vessel with micro air bubbles. The resulting barrier created by the surface of air, decreases fuel usage by up to 10 percent depending on the type of vessel. Amalienborg, a Dannebrog Rederi-owned 40,000 dwt product tanker, has provided an example of the benefits gained from Silverstream’s air lubrication system, which experienced a 4.3 percent savings in fuel.

Unlike Silverstream, there are companies focused on changing the energy sources utilized to drive the vessels such as TOTE. Early this year, they will be introducing two 764 foot long Marlin Class containerships with the largest dry cargo ships powered by liquefied natural gas (L.N.G.). This variety of fuel would result to 15 percent to 20 percent less carbon dioxide, cut sulfur dioxide emission by 100 percent, which is a catalyst for acid rain, and nitrogen oxide by 90 percent. Compared to conventional ships, those powered with LNG decrease waste and increase fuel efficiency comparable to removing 15,700 cars off the roads.

The combination of wind propulsion and LNG powered engines has also been the focus for a new vessel design by Lade AS called the Vindskip (windship). The ship’s systems will have the ability to calculate the most economically and timely efficient route based on weather and wind data. Its innovative design could minimize fuel usage by 60 percent while cutting emissions by 80 percent. The Vindskip model is expected to launch by 2018.

Maritime shipping is already the most carbon efficient method of transporting cargo, but there is always room for improvement in the light of environmental concerns. In 2012, environmentalists confirmed that out of the 2.1 percent of the annual global greenhouse gas emissions, the container ships accounted to about 25 percent of that amount. According to Jacob Sterling, the head of sustainability at Maersk Line, “green technologies come with an upfront investment, but very often also with a very strong payback.” The industry must take the responsibility to stay a head of the game by not only reducing operational costs, but also by categorize themselves as environmentally and social conscious entities.