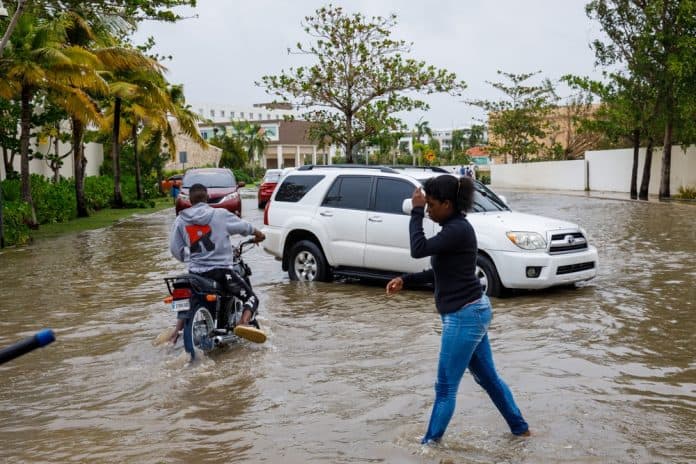 Late on yesterday evening on Sunday October 16th, the Biden Administration approved a waiver of U.S. shipping rules to aid Puerto Rico. The island finds itself in desperate need of liquified natural gas following the devastation of Hurricane Fiona.

On September 18th, 2022, Hurricane Fiona made landfall in Puerto Rico as a category one storm. It proceeded to leave an island-wide power outage for its 3.3 million people in its wake. It left many citizens of Puerto Rico devastated, without power and water for a significant stretch of time. Now, nearly a month later to the day, the Biden Administration is stepping in to help.

It was announced late last night by the Department of Homeland Security (DHS) the United States would issue a waiver of the Jones Act. The Jones Act, a law over 100 years old that requires goods moved between U.S. ports to be carried by a ship bearing a U.S. flags, has been lifted to, “address Puerto Rico’s needs as recovery efforts from Hurricane Fiona continue,” the department said in a statement.

The act from Biden’s Administration comes on the heels of approval by the DHS in late September, previously citing the need for “sufficient diesel to run generators needed for electricity and the functioning of critical facilities,” following the widespread devastation suffered nearly a month ago.

Prior to DHS approval, Puerto Rico Governor Pedro Pierluisi asked the White House for a waiver of the Jones Act as the scarcity of fuel became apparent. Along with a group of 8 lawmakers, they asked for a one-year waiver as they and their people face “an unprecedented uphill battle to rebuild its homes, businesses, and communities.”

The process took nearly a month, as after a 2020 decision, the only long-term waivers to be permitted without review are those that adversely affect the U.S. military. Timelines aside, the liquified natural gas waiver comes after consultation with the departments of transportation and energy “to assess the justification for the waiver request and based on input from the Governor of Puerto Rico and others on the ground supporting recovery efforts,” U.S. Secretary of Homeland Security Alejandro Mayorkas said in a statement.

Waiving the Jones Act is no small feat, and the fact the government has been able to do so in under a month shows just how devastating the situation in Puerto Rico is. The last time it was waived was in 2017 under the Trump Administration. The response to Hurricane Irma and Hurricane Harvey resulted in a one-week waiver to ensure oil and gas operators delivered fuel to emergency responders.

Share
Facebook
Twitter
Pinterest
WhatsApp
Previous article
Will We See a Similar Downturn in the Market as We Did During the 2008 Shipping Crisis?
Next article
An Overview of the Resin Market and Long-Term Analysis