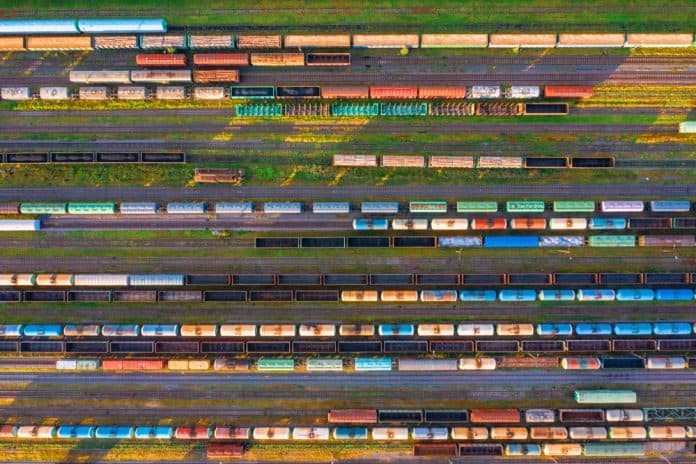 However, as per reports from marine terminals, it is finding it very difficult to do so due to not being able to find enough manpower. The rail backlog is getting worse as the days go by.

BNSF has advised it is hiring more people to contain the rising congestion, but its international intermodal network between Los Angeles and Chicago has been interrupted according to trucking companies, terminal operators and non-vessel operating common carriers. 1,000 new additional personnel are scheduled to be hired this year to attempt to ease the lack of manpower previously mentioned.

Intermodal loads by ocean carriers increased by 6.1% between January and February of this year, an increment not seen since 2008.

BNSF had reiterated many times that it could handle several thousands more containers from West Coast ports weekly, but given the major service interruptions, along with a chassis shortage in Chicago, its intermodal disruption was inevitable.

The Logistics Park Chicago (LPC) is being used to ground containers by BNSF. The terminal in Joliet, Illinois is being considered a “wheeled terminal” in which containers are being taken off trains and mounted onto chassis by an overhead crane and then a yard holster moves the container into a parking spot. Running low on chassis forces rail terminals to ground containers.

The BNSF Elwood (in the LPC) has run out of chassis, making it very difficult to use the rail. There are logistics companies that have their own chassis but even that is not enough to complete the task at hand.

Even creative strategies being adopted by trucking companies are not enough.

Even though trucking companies bring their own equipment, they find themselves waiting in line for hours as a crane is needed to not only locate a container within hundreds of them, but to remove it from an enormous stack and mount it to a truck. The turn time was around an hour in March for BSNF LPC, making it the longest turn time in all 18 intermodal terminals in Chicago. In comparison, the average turn time in LPC was 54 minutes this same time last year, which itself has suffered an increase from only 28 minutes in March 2020.

The situation has gotten so dire that one terminal manager has noted that it could even take a driver’s entire shift in BNSF to pull one container. Having only six widespan cranes to comply with hundreds of drivers per day makes this task very time consuming. With the addition of more manpower, BSNF is expecting to at least ease the current backlog within the next months.