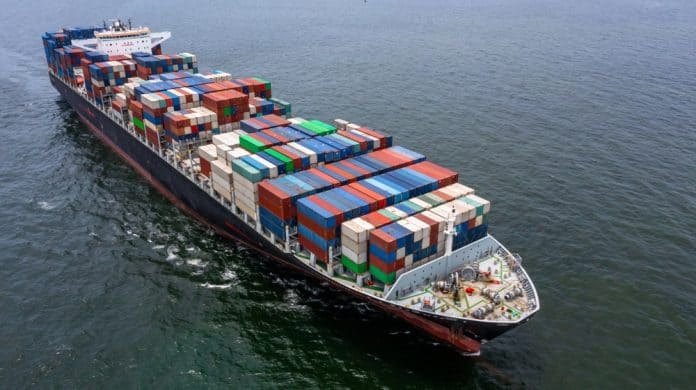 The White House released a video of President Biden talking to retail CEOs and is pushing the U.S. House to pass the Ocean Shipping Reform Act of 2022, which the Senate passed in March.

The law would allow the U.S. Federal Maritime Commission (FMC) to investigate late fee charges by carriers and bar ocean carriers and terminals from refusing to fill available cargo space. The president is pushing a message that the ocean carriers are monopolistic and need to be reined in.

Congress will soon be scheduling a vote on the Ocean Shipping Reform Act of 2022.

It has bipartisan support in both the House and Senate and is expected to pass. The U.S. House of Representatives is considering voting on the Senate’s version of the bill, which contains deadlines for key provisions, including rulemakings, studies, and reports. Some of those provisions are as follows:

The FMC will create rules that define prohibited practices by common carriers, terminal operators, shippers, and ocean transportation intermediaries with regards to demurrage and detention charges. The deadline would be no more than 45 days after enactment and final ruling no later than one year after enactment.

The FMC will define what is unfair or unjust discriminatory methods used by carriers. This provision seeks to address concerns and complaints by exports and small shippers. The deadline would be no more than 60 days after enactment with final ruling no later than one year after enactment.

3. Rulemaking on refusing to deal

The FMC, along with the U.S. Coast Guard, will address shippers’ complaints of carriers ignoring customers they deem unprofitable to their operations. The deadline would be no more than 30 days after enactment with a final ruling no later than six months after enactment.

The White House Office of Management and Budget (OMB) will approve information for the collection and publication of container dwell times. They will also publish statistics on dwell times for the top twenty-five ports. Dwell time is used to determine detention costs and is a major cause of port congestion. The deadline is not later than 60 days after enactment and not later than 240 days after enactment.

The FMC will add staff to their five divisions to assist in investigations and oversight. The deadline would be not later than 18 months after the date of enactment.

The FMC will issue an information request for public comment on whether the current supply chain congestion has created an emergency situation that has caused a significant effect on competitiveness and reliability of the international ocean transportation supply system. If such a situation exists, should a temporary emergency order be put into effect and would it alleviate these issues. The deadline would be no later than 60 days after enactment and emergency orders remaining in effect no longer than 60 days.

The FMC will work with the Transportation Research Board to conduct a study and develop best practices for on-terminal/near-terminal chassis pools that provide service to marine terminal operators, motor carries and railroads with the goal of optimizing efficiency and effectiveness. The deadline would be no later than April 1st, 2023, and no later than April 1st, 2024, to publish best practices.

There are some who think this new law will reach too far and cause more harm than good.

They view this as a rush to judgement and more of a knee-jerk reaction to the current supply chain issues. The new rules focus on exports more than imports and do not address the root causes. If other countries are having similar supply chain congestion and increased shipping costs, would action by the U.S. Congress fix those issues or make things worse causing more congestion? Is there anything different with the U.S. situation compared to the rest of the world?

The opposite argument is that Congress should be looking at those factors that affect the U.S. market only and address those issues instead of painting everything with the same broad brush. Only time will tell how this plays out and ripples through the supply chain after the law has been enacted. It will be several years until we have our answer.