HomeShippingDecrease in the Reliability of Container Carriers Continues in 2018
FeaturedShipping

Decrease in the Reliability of Container Carriers Continues in 2018 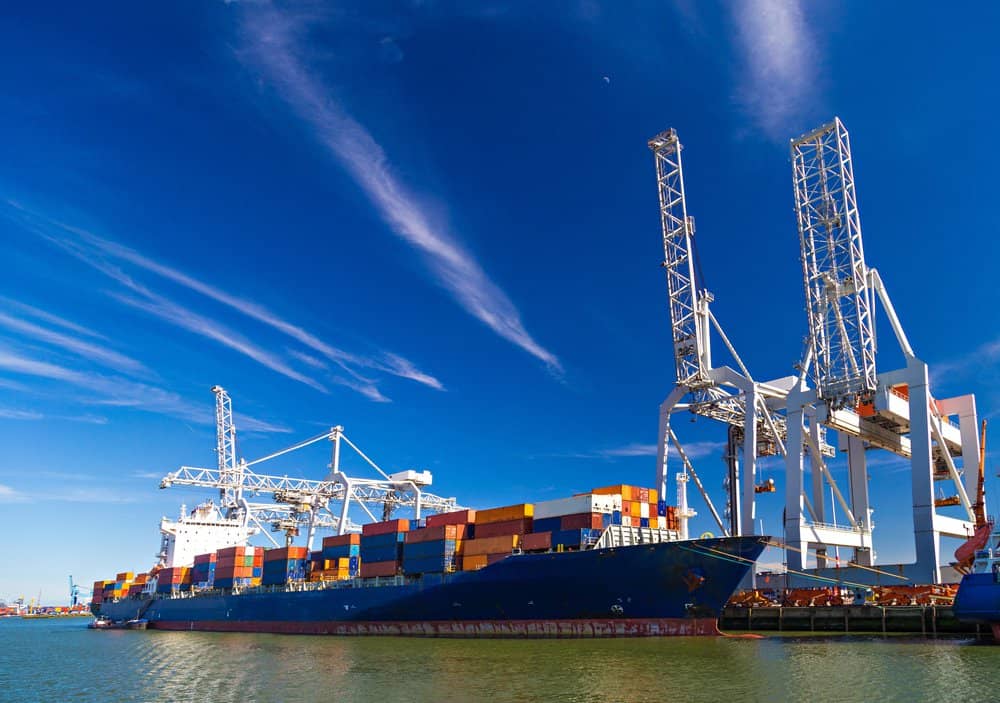 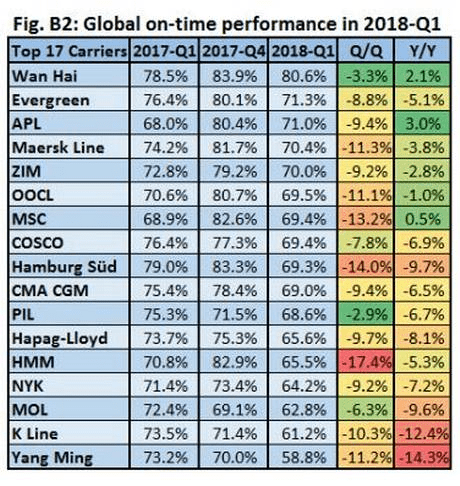 In Q2 of 2018, some carriers saw increases in their reliability, but most still saw decreases.

Factors driving the ongoing decrease included Maersk’s acquisition of HSUD, as well as the ongoing challenges created by Maersk Line’s relaunch of their key Asia to North Europe and Mediterranean route as they seek to improve reliability and port calls.

In Q2, the Europe-Africa trade route experienced the largest decrease in reliability, decreasing from 50% in May to 33% in June.

At the same time, the Europe-Oceania trade route saw the largest improvement in reliability, surging from 46% in May to 75 % in June. The Europe-Middle Eastern trade route maintained the highest reliability among all 13 trade routes.

Top performers for Q2 were:

In Q3, the Europe-Africa trade route continued to have one of the lowest levels of reliability, with a further decrease.

However, in Q3, only 6 out of 13 trade routes kept their reliability unchanged, while the other 7 saw a decrease of 18%.

Top performers for Q3 were:

OOCL was a top performer for 3 consecutive months, and is expected to remain unchanged in Q4. None of the top carriers were reliable, a situation that is not expected to change as we end the year in a few short months.

Two factors that may also be contributing to poor reliability are changes in the World Container Index and the ongoing U.S. trucker shortage.

The World Container Index, issued by Drewry, shows rates down by 1.1% to $1,365/40’ container. This is $172 lower than the 5-year average on the index. The Los Angeles to Shanghai trade route is down 10%, while the New York to Rotterdam trade route is up 9%.

Drewry expects rates to continue to soften as November 2018 comes to a close. Additionally, bunker oil prices are on a strong upward trend, which is expected to continue. At the same time, idle capacity decreased sharply from April 2018 to May 2018.

The ongoing U.S. trucking shortage has led to new pricing realities for shippers. There is increased trucking demand, due to the new ELD regulation that limits the number of hours a driver can be on the road. Trucking companies are increasing the size of their fleets, but cannot find enough truckers to tackle higher demand. Additionally, there’s no indication that demand will slow down anytime soon. Current “turn down” rates are above 25% and rising.