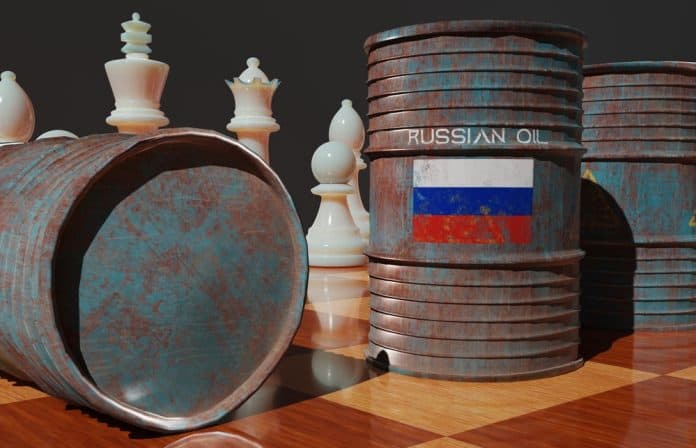 Details around the Russian oil cap as well as penalties and bans that will be imposed against shipping companies who infringe the sanctions have begun to surface.

The Group of Seven nations, including Canada, France, Germany, Italy, Japan, the United Kingdom, and the United States, will soon announce the price cap on Russian oil exports. Due to go into place on the fifth of December, speculations are that the price cap will settle somewhere around $60 per barrel to begin with and undergo regular adjustments.

Meanwhile, the U.S. Treasury issued a 12-page report detailing how American companies should operate after the December 5th deadline in terms of handling Russian oil. “The United States is part of an international coalition, including the G7, the European Union, and Australia, that have agreed to prohibit the import of crude oil and petroleum products of Russian Federation origin,” the introduction reads.

It goes on to clarify that, “In short, the determination authorizes U.S. persons to provide covered services if the Russian oil is purchased at or below the price cap.”

A 45-day grace period will be given to oil shipping vessls who load their oil before December 5th. “Consequently, U.S. service providers can continue to provide covered services with respect to crude oil of Russian Federation origin purchased at any price, provided that the crude oil is loaded onto a vessel at the port of loading for maritime transport prior to 12:01 a.m. eastern standard time, December 5, 2022, and unloaded at the port of destination prior to 12:01 a.m. eastern standard time, January 19, 2023,” the report from the U.S. Treasury, in conjunction with the G7 nations, clarifies.

However, any vessel “intentionally” carrying Russian crude oil or petroleum products will be prohibited from services for 90 days following discharge if the price of oil has been purchased above the proposed threshold.

The New York Times has reported that it will be up to European shipping companies to ensure that the price of oil has been transacted at or below the capped price level. Failing to do so will render them legally liable for violating the sanctions.