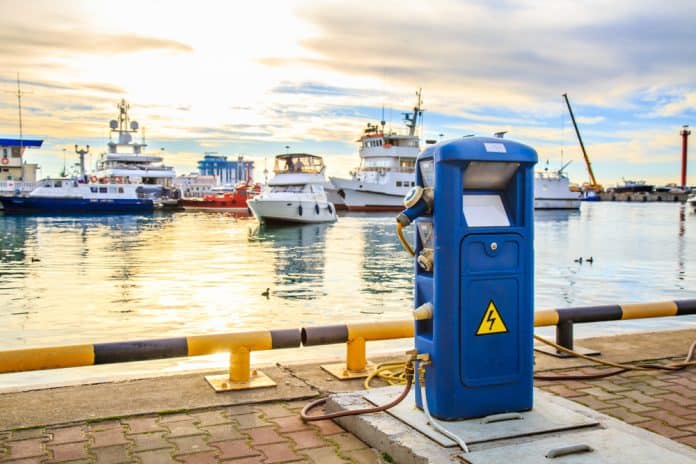 As discussed on More Than Shipping of late, there is a large movement in the shipping industry to move towards a carbon neutral future. While may organizations forge the path forward, an incredible number of obstacles still lay in the way, However, a recent study from the Nature Energy Journal exploring the path for electric-based shipping has recently been published.

Musk Smells Better with No Gas

Per the recent Nature Energy Journal study, over 40% of current container ship traffic could be electrified with current technology that’s widely available today. Per the study, moving to electric shipping is not only beneficial for the environment reasons, but economic as well for shipping voyages up to 5,000 kilometers. The report also suggests that moving in such a direction is up to five times more efficient than e-fuels such as green hydrogen and ammonia.

The study goes on to say that for longer shipping voyages, strategically placed offshore charging locations could be implemented. In places like the Panama Canal, where ships regularly queue for days on end awaiting passage anyways, there are opportunities for charging. While there are still voyages such as crossing the Atlantic or Pacific that are still out of reach, the study suggests these should be made available soon despite costs currently being high.

The largest factor prohibiting the adaptation of electrified shipping today remains cost. Per the study from the Nature Energy Journal, prices need to reach $20 kilowatt hours to remain effective on long haul shipping of 10,000 kilometers and more. While seemingly unattainable, the study goes on to suggest that this is not so far out of reach.

While this could be implemented today, there is currently just one 80-meter ship running out of Norway. Yara Birkeland is the first fully autonomous logistics ship that requires no crew and is fully electric. While similar projects are underway in Japan, China, Sweden, and Denmark, US-based company Fleetzero seems poised to offer the world shipping industry a path towards zero emissions shipping much earlier than expected.