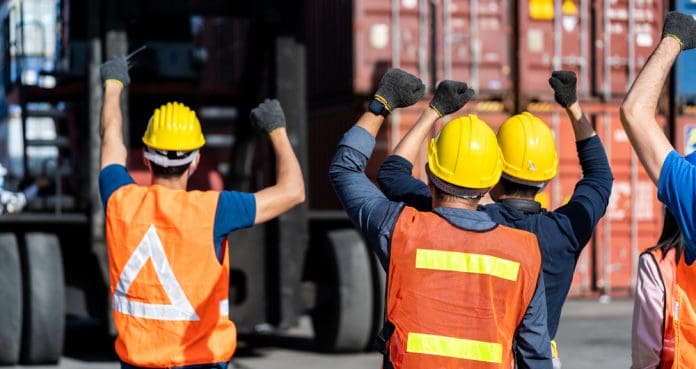 Around 115,000 rail workers were on the verge of going on a full nationwide strike which would have affected every single one of us since our food supplies, as well as our fuel depends on rail transportation. However, U.S. President Joe Biden signed an order on Friday the 15th creating a Presidential Emergency Board (PEB) whose job is to intervene and aid a current disagreement between freight rail carriers and their unions.

There have been contract ongoing negotiations since 2011 but to no avail. As a result, The Brotherhood of Locomotive Engineers and Trainmen (BLET) which is a senior national labor organization in the United States, and North America’s oldest rail labor union, voted to authorize a strike to secure a contract commendable of their consideration. The vote had an overwhelming 99.5% support from union members, showing cohesion among all rail workers.

Rail carriers have been highly profitable since the beginning of the pandemic. Rail workers were deemed essential workers, forcing them to work nonstop or be fired without any bonus or financial recognition. Workers were on call 24/7, leaving them at the mercy of their employers, most being forced to put aside medical appointments and most importantly, their families. In some cases, even payroll was found to be eliminating some benefits, which when claims were made, would take around five to six months to reimburse without a legal explanation.

President Biden named Ira F. Jaffe as chair of the Presidential Emergency Board. He is a U.S. panelist on the Rapid Response Labor Panel under the United States-Mexico-Canada trade agreement. His experience arbitrating labor and employment cases extends for over four decades. Along with Jaffe, David Twomey, who is a Boston College Professor that aided in resolutions of major airline and rail disputes, and Barbara C. Deinhardt, who is an independent arbitrator were named part of the PEB.

The creation of this Presidential Emergency Board comes at a crucial time since had it not been created by Monday, railroads and unions would have chosen an operational shutdown, which could have affected our everyday lives immediately. This board can legally postpone any strike or shutdown for a period of 60 days.

Negotiations between both major freight railroads Union Pacific and BSNF have been stagnant for over two years. President Biden’s goal is to reach a settlement before the 60 days period, which is being called a “cooling-off” period is over. The enormous profits from these companies, along with the current inflation the U.S. is currently facing is sure to give the rail unions an edge which will hopefully be resolved in the upcoming days.