Getting in the Global Mindset

Did you realize that the typical German “mittelstand” company (like our SME/SMB designation) exports to 16 different markets? And yet only 5% of all American companies export according to Department of Commerce statistics – and that includes multinationals and the F1000. Further, of that 5%, approximately 70% only export to either Canada or Mexico. Only our most elite 1.5% of companies export to more than a couple NAFTA markets. But we import without hesitation..

Our import activity, of course, contrasts dramatically. We are import experts! Not just in the trite way (everything comes from China) but technically too. America has some of the world’s foremost experts on supply chain management and sourcing. Combining engineering, logistics, statistics and management, these disciplines have evolved into mind-bendingly complex fields which yield incredibly sophisticated tools for management. And supply chain management provides real financial benefit to businesses and often is a competitive differentiator. In contrast with rare export activity, import savings and efficiencies are frequently realized by SMEs – even quite small and otherwise unsophisticated businesses. Cost reduction and increased competitiveness motivate companies of all sizes to expand their purchasing globally.

So why is it that small companies are comfortable importing but gasp at the mention of export? In one word, mindset. Traditionally American business was nearly all domestic. Globalization created a degree of competition which forced companies, eager to remain viable, to expand their sourcing to reduce costs for non-value-added components. They had no choice. It was reduce costs, or go out of business. Those same companies have had a choice about where to sell. Venture capitalist and international entrepreneur John O’Farrell wrote about that choice in a series of articles in Fast Company magazine last year. Drawing on his Irish background and broad business perspective he suggested “The American entrepreneur is born with a silver spoon in his mouth. He has the luxury of a massive home market — 300 million affluent consumers, 30 million businesses, one language, one currency, on culture, one legal system — from sea to shining sea. Initially that’s a huge advantage….On the other hand, that huge starting advantage can become a liability when it comes time to expand internationally.” He’s right.

But American businesses are about to face the same situation regarding sales that they did in the last decade regarding sourcing. Soon there’ll be no choice left. No massive affluent single language market providing unending growth opportunity. No, in fact, soon growth will require export sales. So what’s required to change the perspective of business owners? How can they avoid the trauma of changing from a disadvantaged position beneath Damocles’ sword and evolve while they can control the environment?

Want to or have to?

Serial entrepreneur, venture capitalist, Inc. magazine contributor and evangelist for creative change Josh Linkner provided a great analogy recently in his blog. Comparing the challenge of selling aspirin to vitamins, he contrasted a product which you must have (a terrible headache trumps most other concerns) vs. one you potentially should have (sure vitamins have some benefits, but not necessarily here and now.)

SMB owners/managers have a headache – they just may not realize it yet. Telling themselves that the growing pressure is just stress, and not the onset of a migraine, they continue blithely along focused on “priorities” rather than the growing crisis which lies before their business. They can’t cut costs further; they can’t increase productivity further; they can’t incrementally increase their domestic sales effectiveness. But at the same time their business isn’t going to crumble in the short term. It might even grow a little. And so for today, they remain comfortable that export is only a vitamin for their business – not an aspirin.

But things are changing and the domestic American market no longer represents the endless opportunity it once did – even quite recently. To appreciate that though, takes a strategic perspective. And gaining that strategic perspective is a challenge for an SMB executive faced with daily pressures.

In a recent inc.com article Paul Schoemaker articulates the challenge. “Every leader’s temptation is to deal with what’s directly in front, because it always seems more urgent and concrete. Unfortunately, if you do that, you put your company at risk. While you concentrate on steering around potholes, you’ll miss windfall opportunities, not to mention any signals that the road you’re on is leading off a cliff.”

Common sense – but hard to implement. But Schoemaker goes a step further and suggests 6 attributes which his research found were common among strategic thinkers. Read the article for more details, but quickly they include:
• Anticipate
• Think critically
• Interpret
• Decide
• Align
• Learn

And here’s the good news. Those skills, which can be learned and developed, will not only help you elevate your business in general, but the perspective which they will provide will bring clarity to the question of international business development.

The imperative, the opportunity and the path to success will all suddenly become clear. Not necessarily simple or easy, but identifiable and compelling. And suddenly export will not just be an “aspirin”, but it may well become the “drug” which makes business fun, challenging, profitable and exciting.

Take your business to the next level. Start exporting! 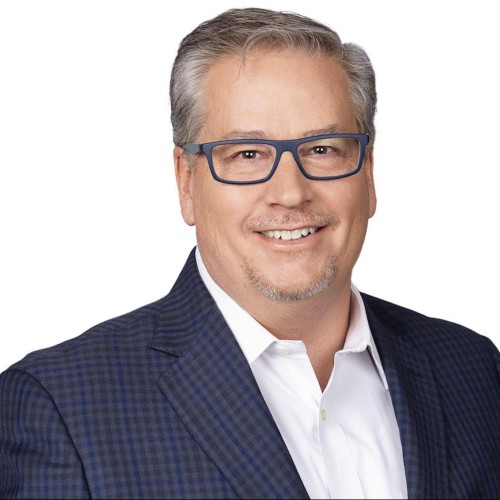 Ed Marshhttp://consiliumglobalbusinessadvisors.com/
Ed Marsh has in-depth experience on a number of continents, in various capacities and industries. He founded and managed a start-up in India; successfully built channels throughout Latin America; leveraged his German birth and marriage to a German national in his extensive work in Western Europe and has deep cultural experience with Vietnam. Ed's B2B and B2G pan-global experience has involved a variety of products and services including capital equipment, industrial automation, distribution services and homeland security and defense technology. He is a Founder and Principal at Consilium Global Business Advisors.
RELATED ARTICLES
21st Century Challenges