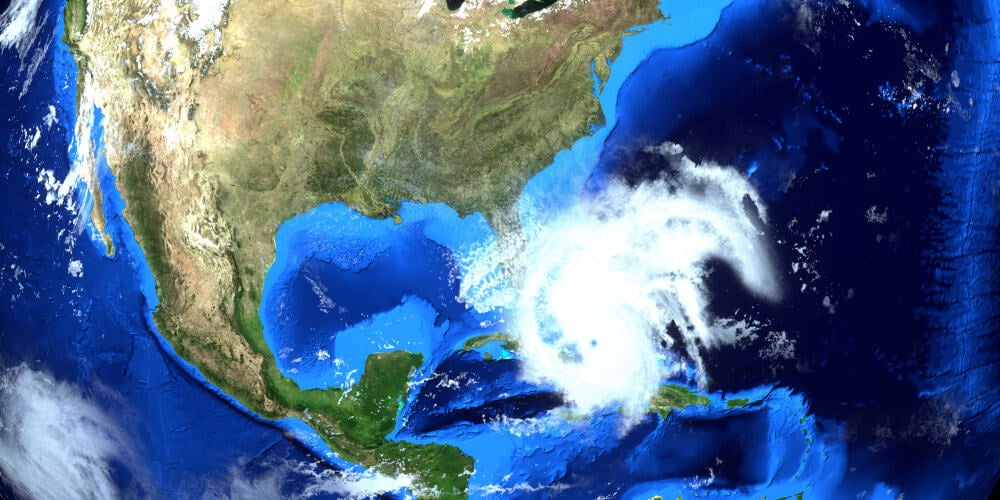 We recently took a look at the impending storm, Hurricane Dorian, and its effects on the Eastern Seaboard.

Now we are going to take a closer look at how inclement weather can affect the shipping industry. According to the United States Search and Rescue Task Force, an average of 10 tropical storms develop in the Atlantic Ocean, Caribbean Sea, or Gulf of Mexico each hurricane season. Of those 10 storms, 6 will become hurricanes. Even though many of these tropical storms and hurricanes remain in the ocean, some of them strike the U.S. coastline, as well as the surrounding Caribbean islands.

So, what happens when these hurricanes come our way?

Hurricanes are categorized by their strong winds – from a Category 1 hurricane boasting between 74 to 95 mph to the extremely dangerous Category 5 hurricane with wind speeds up to 157 mph. This means that when a hurricane is close to a coastline or touches land, the high speed winds put everything at risk, such as vessels in the water, land transportation (trucks and trains), and most importantly, the terminals where containers are stacked and large cranes are operating.

Container Port (FCP), an MSC transshipment port, was devastated after Hurricane Matthew in 2016. Matthew toppled gantry cranes and forced the port to shut down for an extended period of time while undergoing repairs. According to freightwaves.com, “It lost the majority of its gantry cranes and operated at only minimal levels for the following year.” The low-operating levels required MSC to divert cargo to other transshipment ports like Caucedo, Kingston, and Cristobal. The effect was so significant that it resulted in a 65% increase in Cristobal’s volumes from 2016 to 2017.

However, the winds are not the only thing to be feared during a hurricane. Flooding caused by catastrophic rainfall and storm surges can cause extensive damage and lead to huge delays and losses in a supply chain. We saw this most recently with Hurricane Harvey in the Gulf of Mexico.

The Port of Houston closed for 6 days due to catastrophic rainfall caused by Hurricane Harvey. The Port of Houston plays a vital role in the United States’ oil, gas, petroleum, and chemical industries, as well as its commodities industry. The flooding caused severe damage to the resin industry forcing producers to delay, or even halt, production for an extended period of time. 2017 resin shipments showed weak volumes as a result.

Small delays across the supply chain can lead to huge economic impacts down the line. A three-day closure due to severe weather at London Heathrow Airport in 2010 caused the United Kingdom’s GDP to fall by 5%.

Although we cannot control the weather, we can control how we prepare for it and what we do in the aftermath. All parties involved in the shipping industry must keep a vigilant watch on adverse weather conditions that can greatly hinder business. Every precaution must be taken to avoid loss of life and property.