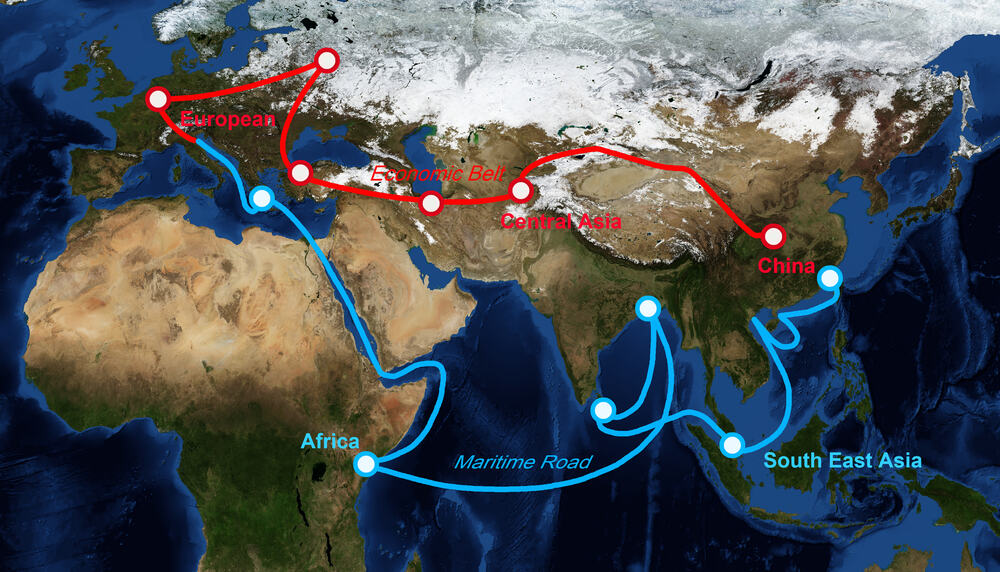 China is continuing to make moves with their Belt and Road Initiative.

After signing a memorandum of understanding with Italy earlier this year, in regard to the development of the ports of Trieste and Genoa, Beijing is now moving to finalize yet another memorandum of understanding – this time with Switzerland. As I mentioned in a previous article, China’s Belt and Road Initiative, also known as “One Belt, One Road,” is a revival of the ancient Silk Road with more infrastructure, technology, and players. This time around, “the idea is that the new routes will create endless trade possibilities, allowing the markets to import and export goods almost limitlessly and in much faster time.”

This limitless road will not come easily. China has faced backlash from the international community; the current backlash being with Italy in regard to the development of the ports of Genoa and Trieste. According to a recent article on JOC.com, Italy would like China to first proceed with updating the port of Genoa due to its pre-existing rail network connecting more rural areas. These rail networks not only connect to the industrial cities of Turin and Milan, but they reach Switzerland, Germany, and France, as well. The development push at the Port of Genoa could bring substantial business to Italy much more quickly than the lesser-developed Trieste.

Italy’s pushback, in regard to which port they would like developed first, is not the only issue.

China cannot move forward on the Port of Trieste without facing international woes from the U.N. and other forums. The Port of Trieste is a free territory – as the city itself is a sovereign entity that Italy does not have governing status over. If China chooses to move forward with Trieste, they will be facing a “geopolitical quagmire.”

It is believed that China’s recent memorandum of understanding with Switzerland is their way of finding an alternative to Trieste. According to JOC, they are demonstrating their port redundancy strategy and the fact that they can use “the Swiss pivot to bolster developments in Genoa, Koper, and Rijeka, while at the same time securing significant international socioeconomic gains.”

Previously, it was noted that China’s Belt and Road Initiative was a sweet plan turned sour

However, in his article contributed to JOC, Andre Wheeler makes an interesting comparison to China’s strategy and Sun Tzu’s Art of War: “Central to this approach is the creation of distractions and allowing others to think you are weak so as subdue an enemy without fighting. China’s MOUs with Italy and Switzerland are a testament to this strategy…”

We can only watch and wait as China’s Belt and Road Initiative/One Belt, One Road strategies begin to unfold. Each step seems to be a step closer one to total logistic domination.