Impact of the Suez Canal Crisis: Mainly a Problem for Shippers 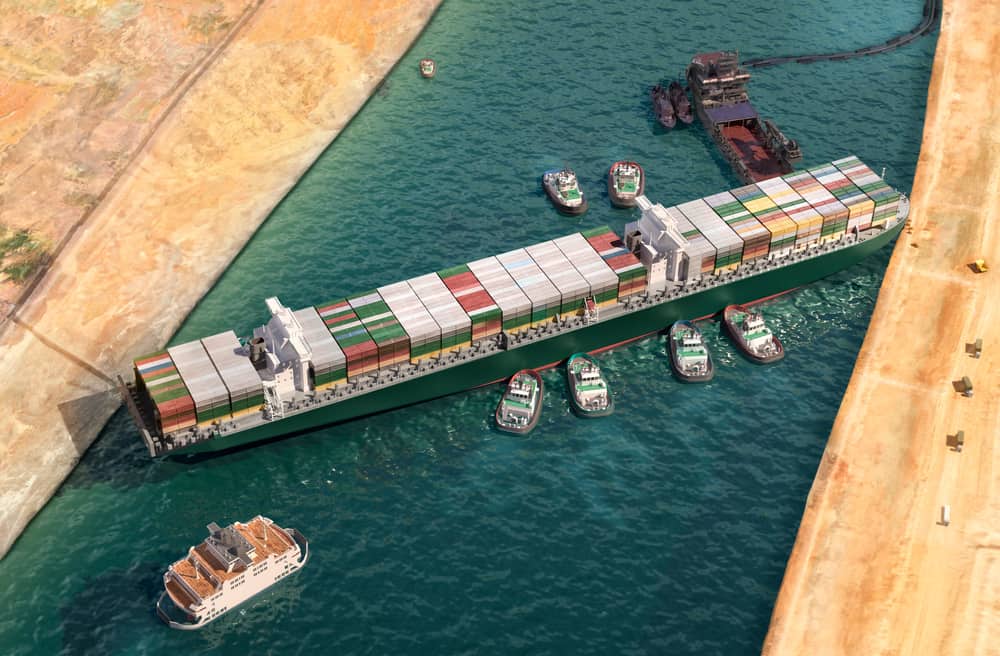 Over the past two weeks we saw a clear example of what can best be called the contradictory impact of closing one of the world’s most important maritime passages. It is contradictory because while the massive press coverage significantly over-hyped the impact, some specific shippers will feel an even more devastating impact than what could be seen from the coverage.

How can the impact be both over-hyped and under-appreciating the impact at the same time? The answer is quite simple: Different stakeholders will feel the impact differently.

Let us start with the end-consumer.

After all, the vivid imagery of a vessel stuck sideways in a canal certainly captured the imagination of people normally not interested in the maritime world. These are the end-consumers, mainly interested in the products they are buying, but not at all interested in the logistics chain which brought the cargo to them.

They will to a large degree not experience any impact at all, or if they do the impact will be quite minor. For some it might mean that they will have to contend with slightly longer delivery times than expected. For some it will mean that instead of having a choice between 500 different types of shoes in a shoe store they might temporarily only have a choice between 480 different types of shoes. Most will notice neither of these effects. They will very likely also not see any material price increases as a consequence. After all, many trades have seen sustained freight rate increases of 200-400% over the past six months, yet the consumer price index has barely changed at all. On this basis, any specific consumer price increases as a consequence of Suez Canal crisis are likely to be negligible.

Carriers are facing additional costs as a consequence for some of their vessels.

But at the same time, this will have the effect of removing effective capacity from a market where capacity was already in short supply. No matter how much anyone wants to, it is not possible to build and deploy additional material vessel capacity in the short term. Hence, carriers’ pricing power increased even further and any additional cost impact on carriers is exceedingly likely to passed onto shippers.

We are therefore in a situation where the carriers are able to pass costs onwards in the supply chain – but the consumer at the very end of the chain might not be the one truly absorbing the impact. The impact falls mainly on the shippers in between – the cargo owners and the logistics providers not operating their own vessels.

In this case the impact of the Suez Canal crisis goes much deeper than “just” costs and the inconvenience of delayed deliveries.

In reality, the impact is to temporarily change the competitive landscape for many cargo owners. A shipper who had planned a more resilient supply chain will be able to continue to deliver normally to customers. A shipper who had a lower-cost just-in-time supply chain will not be able to do so. As a consequence, some cargo owners will be able to gain business at the expense of their competitors. In the hypothetical example above with the 500 different types of shoes being reduced to 480, this is not a material problem for the consumer. However, if you are the importer who are unable to actually get a hold of your 20 different pairs of shoes, your business might actually be threatened with bankruptcy as you lose all your sales to your competitors.

The ripple effect will be that the shortage of capacity will prevent some shippers outright from being able to move their product – at least temporarily. Some shippers in, for example, the U.S. agricultural export sector have already experienced this for an extended period of time, but such an impact might also temporarily befall importers in the coming period.

Hence, how big of an impact will the Suez incident have? For a consumer virtually nothing, but for a shipper not having a thoroughly resilient supply chain it can shut down the entire business operation.