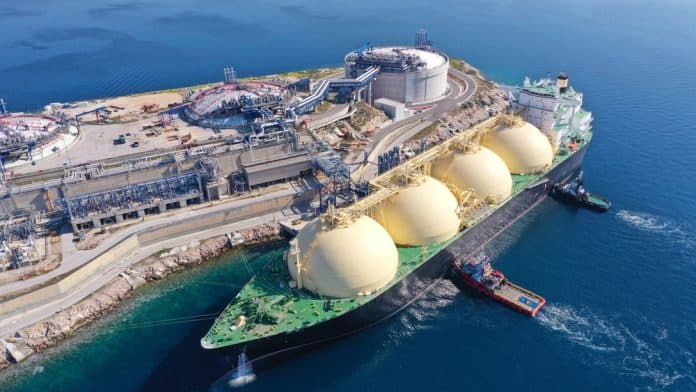 As discussed on More Than Shipping since the Russian invasion of Ukraine last February, there have been significant hurdles to overcome when it comes to the export of Ukrainian grain. One of the larger hurdles has been obtaining cargo insurance to enter and leave the warzone. But grain is not the only commodity facing such obstacles, and Ukraine isn’t the only market being affected.

Japan, the world’s number one importer of liquified natural gas (LNG), faces the latest challenge of securing vital energy supplies from Russia after reinsurers from the West announced earlier this week that they would cease warzone coverage in both Russian and Ukrainian waters on January 1, 2023.

Reinsurers are the insurers of insurance companies, and typically renew their yearlong contracts on January first. Due to the nature of these contracts, this is the first opportunity for reinsurers to withdraw from the region following Russia’s invasion earlier this year. It marks the end of a tough year for insures, who have seen stark losses both related to the conflict and Hurricane Ian which devastated ports across the southeastern U.S. in states like Florida.

While Japan has accompanied other G7 nations in imposing sweeping sanctions on Moscow since the invasion – cutting reliance on Russian oil and coal – imports of Russian LNG have persisted due to elevated prices. Prices have been inflated due to increases in European imports which has tightened the landscape of the global LNG market.

Tokyo-based insurance company told shipowners late last week that from January 1st onwards they would stop offering insurance coverage for ship damage caused by the war in both Ukrainian and Russian waters. They cited the cause specifically being the withdrawal of reinsurers in the space.

Japan currently receives about 9% of its imported LNG from far eastern Russian complex Sakhalin-2, a subsidiary of Gazprom. Gazprom is the prominent, state owned oil and gas company of Russia. Already Japanese gas and utilities companies JERA and Tokyo Gas Co. are scrambling for alternatives. This is not a new issue for Japan, who needed to convince fellow G7 nationas to give them leeway on sanctions following the February invasion due to their heavy reliance on Russian LNG.

“The top priority now is to secure marine war insurance,” a senior official at the industry ministry said early this week. Japan’s Financial Services Agency and Agency for Natural Resources and Energy continue joint efforts to keep the pipeline from Eastern Russia open, but it is unclear whether insurers will be able to secure sufficient reinsurance, particularly due to the holiday break of many westerners.

Due to Skhalin-2’s distance from the battle in Western Russia, some shipowners may continue operations without war coverage, risking their ships that are valued between $150-220 million USD. Others feel the Japanese government may have to step in and shoulder some of the risk for these tankers, though no official word from the government has indicated this is on the table yet.