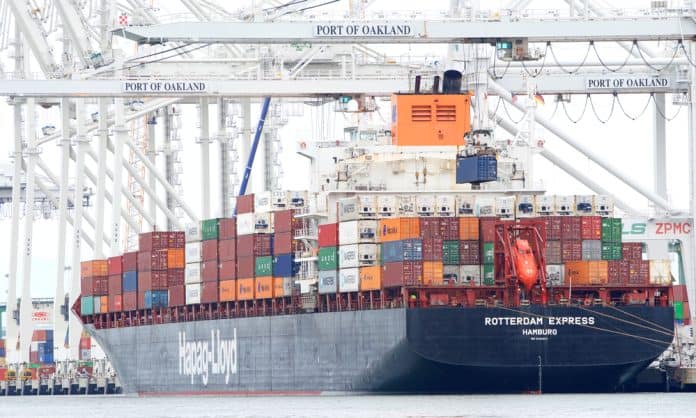 Despite Hapag-Lloyd’s earnings report from earlier this week, market research firm Xeneta’s latest analysis of the shipping industry indicates freight rates have finally peaked, after skyrocketing throughout the first half of 2022, and will normalize throughout the rest of the year.

The German shipping titan Hapag-Lloyd reported earlier this week that it made $10.9 billion in the first half of 2022, as a result of increased rates. Q2, the freight liner’s best quarter in company history, saw $5.6 billion in earnings – marking a shocking 145% increase year over year.

Despite the momentary decline in ocean-faring spot rates observed earlier in July, a recent CNBC report shows those fares have rebounded in a strong way. Particularly of transatlantic rates, the report says increasingly crowded ports and shipping channels have risen spot rates, creating a floor for rates between Asia and the US in recent days as well. But per Xeneta, this shouldn’t affect long-term freight price agreements.

“Indications are there that we may have reached a peak and that prices of new agreements are more than likely to hold than suddenly leap up again, as we’ve been accustomed to seeing of late,” CEO of Xeneta, Patrik Berglund, said earlier this week. While rates are up 280% over the past three years from pre-pandemic prices, July 2022 marked the slowest increase in price hikes since January.

Xeneta’s forecast notes a “clear shift” in sentiment as factors that have driven rates this high, such as lack of equipment, congestion, and the pandemic, come under more control with time. The latest data from the Norwegian analytics firm aligns with the forecast from major carriers put out at the beginning of the year. Industry leaders Maersk and Hapag-Lloyd both said at the start of the year they anticipate markets to stabilize by midyear.

The outlook, that both Xeneta and the carriers have, comes predominantly from factors like declining volume – but remain propped up, not falling, due to the congestion in European and American ports, as discussed recently on MoreThanShipping.com. In a July survey of shipping clients, Xeneta found 44% of clients “no longer feel confident in the stability of long-term contracts.”

We could easily see a shift back to the spot market, but many feel this softening in the market should open renegotiations for longer term contract renegotiations at lower rates. With the busy season looming ahead, Berglund said “it’s going to be an interesting few months ahead.”