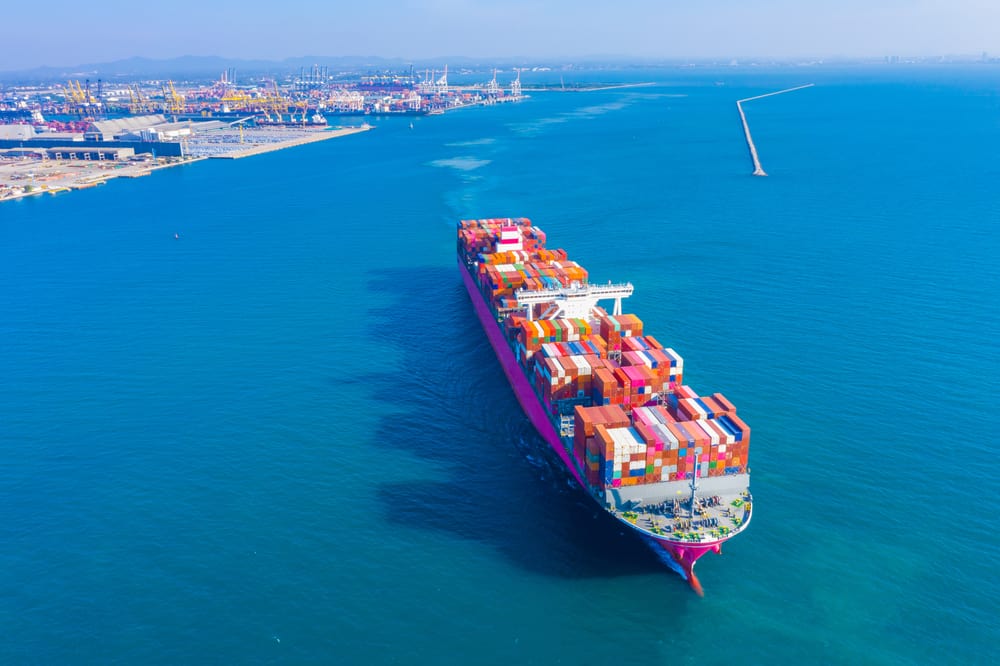 Although many ocean shipping carriers have seen a very busy and robust 2021 due to skyrocketing demand, perhaps no carrier has performed better financially than Ocean Network Express (ONE). ONE recently set a new record for year-over-year profit growth, with growth of over 1,400% year-over-year. This represents a massive haul in profit growth for an ocean carrier, and outpaces many rivals among other major ocean carriers.

In its earnings report released last week, ONE reported huge growth in profits, from $167 million in fiscal Q1 2020 vs. over $2.5 billion in fiscal Q1 2021. That change represents a gain of $2.39 billion year-over-year, a major and impressive feat even within the current hectic shipping situation. With a fiscal year that runs from April 1st to March 31st annually, the April 1st through June 30th period represents Q1, compared to the calendar year which would typically mean Q2.

In releasing its financial report, ONE could not escape mentioning that the growth would not be possible without the current volatility in shipping.

Indeed, had there been no skyrocketing demand, supply chain shortages and delays, increases in freight costs, and other geopolitical issues, ONE would not be anywhere close to the current records that were set in fiscal Q1 2021. ONE’s earning report squarely puts the rationale for the unbelievable record numbers at the feet of several developments. First, the huge demand seen as a result of post-COVID shutdown demand drove many shippers to ship goods that could not be moved last year. In fact, consumer demand is near an all-time high, an issue which has driven inflation to new highs in the U.S.

That demand has fueled the second major issue: skyrocketing freight rates. In recent weeks, we have reported about all-time highs in freight rates for ocean shipping. Rates went up so high that the U.S. government is considering ways to more heavily regulate the shipping industry. It is the consensus of this blog and many others that rates are not likely come down anytime soon with the current situation. Of course, COVID cases are skyrocketing again in the U.S., which may not help the situation if economic demand continues at its current pace. A severe outbreak here in the U.S. could change the economic picture and reduce demand, potentially bringing some rates down. But for now, ocean carriers like ONE are riding the wave for record profits.

Finally, ONE took advantage of geopolitical turmoil to drive itself to the highest profit growth in the industry – period. With the Suez Canal crisis occurring in March, it’s no surprise that ONE saw its record profits set in the period which included April 2021, less than a month after the crisis that shut down many of the world’s sailing vessels and drove rates higher than ever. That incident helped exacerbate an already hectic pricing and demand landscape that drove rates – and profits – higher than ever.

Only time will tell that happens to ONE – and other carriers – in the future. Will profits continue to skyrocket?

It is not known if the current turmoil will continue long enough to keep profits high. After all, just a couple of years ago, pre-COVID, ocean carriers were struggling financially and the industry was coming off the low of the Hanjin bankruptcy and the shock that followed it. High profits for ocean carriers are not the norm, as everyone knows. With new regulations such as the IMO 2020 rule and potential U.S. government action against shipping, profits may take a turn towards decreases soon. But for now, ocean shippers love the benefits of this turbulent shipping period.