Intermodal Congestion: What is Happening in Memphis, Tennessee? 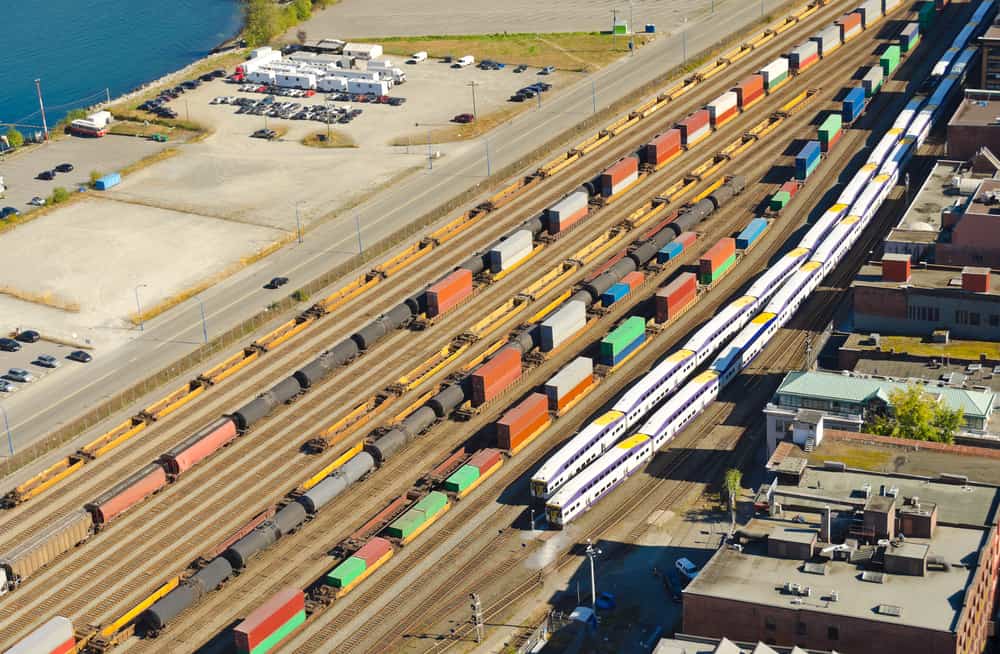 Greater volume is coming into rail ramps especially UP Marion and BNSF Memphis, causing extreme wait times and a severe lack of chassis. Generally, railroads can balance the import and export flow to maintain the chassis pool on the railroad. However, since there are so many imports coming in and many steamship lines are limiting the number of exports per vessel to get those vessels back to Asia, shippers in Memphis are holding their export containers on chassis for extended periods of time.

According to a letter from the Greater Memphis Chamber of Commerce sent to the Surface Transportation Board “one of five Class I railroads is currently reporting 1,600 boxes on the ground in Memphis and equipment shortages exceeding 600 chassis.” The letter said, “More than 3,000 additional loads are staged on trains outside of Memphis waiting to bring these trains in to off load.” Shortages of chassis used in transporting containers have only contributed to the grounding and stacking of containers at rail ramps.

In addition to the ongoing rail congestion, most of the trains are arriving between Friday and Sunday, causing the LFDs (Last Free Days) to be very inefficient. Previously, if the container grounded on Friday after 17:00, weekends would be free. LFD would be the following Tuesday which allowed trucking companies to get the pickup numbers and dispatch drivers accordingly. Unfortunately, this is no longer the case. For example, if the container grounded on Friday at 18:00, LFD will be Sunday. Even if the pickup notice is received Friday night and trucking company already dispatched the drivers for Saturday, due to HOS (Hours of Service) the drivers don’t have enough hours left in the week to work Sunday. Various restrictions and workers shortages have only slowed shipping processes and bumped up the prices.

Due to truckers holding chassis longer because of shortened free time on rail for both imports and exports, railroads don’t have enough chassis to pre-mount containers.

Pre-mounting containers used to allow drivers and railroads to move very smoothly since the container and the chassis were together. Now, either the driver brings in a bare chassis or they wait for hours for someone else to return a chassis back to the railroad. Mentioned by one of the truckers we work with, “On average when drivers must wait for chassis, they are waiting 4 to 6 hours and still do not manage to secure one in that time frame. Unfortunately, now that everyone knows there are no chassis at the railroad, they are holding their empty chassis and container until they have another container to pick up to ensure they have available chassis. When we return a container and a chassis but don’t have a load to pick up, the railroad will not let us keep the chassis.”

This process of returning an empty container to pick up another one is called a flip. There is a special crane at the rail terminal that all drivers that are flipping must go to. This bottlenecking of everyone flipping containers is causing the flip line to be extremely congested, too. For example, one of the drivers had to wait from 09:00-17:00 last week for a flip and as soon as he got to the flip crane, it started raining. Due to a downpour, the railroad did not load containers for safety reasons. The trucking company had to pay the first driver a full day’s wage for nothing except minimal work and then pay their second driver to go pull the container in the middle of the night.

Grey Pool, where you can use the same chassis brand for all steamship line containers, was introduced in the letter to the STB as a proposed solution to resolve chassis problem in Memphis.

Currently, in Memphis and nearly every rail ramp in the U.S., due to contractual restrictions between steamship lines and chassis companies, only certain steamship lines containers can go on certain companies’ chassis. For example, MSC containers must run on Direct Chassis Link, Inc. (DCLI) while COSCO and CMA containers must run on TRAC Intermodal. But both providers, TRAC and DCLI refused the solution agreed upon by an association of ocean carriers and coalition of beneficial cargo owners (BCOs), truckers, and Class I railroads. TRAC and DCLI contend that Grey Pool isn’t the answer, at least not right now – due to which COSCO and CMA cannot run on DCLI chassis, and MSC containers cannot run on TRAC chassis.

Besides longer waiting lines and chassis shortages, even rail workers are moving so quickly that they are not double checking their work and mounting containers on the wrong brand of chassis. Just last week on Thursday, I received a complaint from another trucking company. They mentioned in their email where the driver waited for four hours to pick up a container but had to go to the back of the line because when he was ready to leave, the railroad employee that checks all the equipment noticed that the railroad team mounted one of our CMA containers on a DCLI chassis. Even though this is the railroad’s mistake entirely, they will not expedite correction of this issue; the driver was required to go back in line and wait for a few more hours. In remorse they added, “We sincerely apologize for the delays but there is only so much we can do given all the issues in play. We have 40 chassis orders in Memphis alone pending to buy our own and the domestic chassis companies are booked on orders until mid-next year. And just last week, the U.S. Trade Commission put a near 200% anti-dumping tariff on Chinese chassis so we can’t even buy chassis from overseas because now Chinese chassis are prohibitively expensive and domestic production cannot keep up with demand. The U.S. and Mexico combined can build approx. 20,000 chassis per year while China can build 30,000 to 40,000 chassis per year.”

As the situation unfolds, ocean carriers, chassis providers, terminals and ramp operators appear to be unwilling to take responsibility for the escalating inland rail crisis.

In an all too familiar “blame game”, ocean carriers claim they lack control over chassis while the railroads and terminals refuse to take fault for their inability to flip containers in a timely manner. Volumes at this level, under the current model, will simply exacerbate congestion, fees, costs, and gross inefficiencies in the supply chain.