HomeShippingAll About the Panama Canal - and It's Recent Expansion
FeaturedShipping

All About the Panama Canal – and It’s Recent Expansion 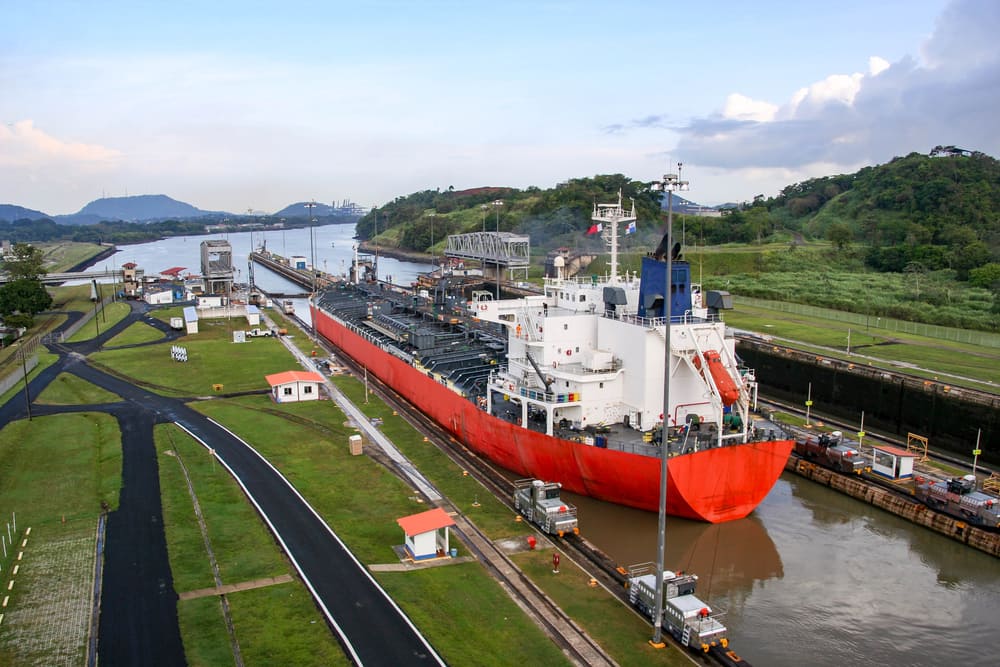 Considered one of world’s greatest engineering marvels, the Panama Canal connects the Atlantic Ocean with the Pacific Ocean, using a man-made artificial waterway measuring 48 miles (77 km.) France was the first country to attempt construction of such a canal in 1881, but abandoned the project due to high death tolls from malaria, yellow fever, and other diseases. In 1904, the United States took over the project and completed development of the canal, for opening on August 15, 1914. Cutting across the Isthmus of Panama proved key for international maritime trade, shortening international trade routes.

Using a sequence of locks, passages, and chambers on each end, vessels could be raised to the same water level of Gatun Lake connecting the Pacific and Atlantic Oceans. First, vessels enter a sea level chamber of the Panama Canal, then watertight lock doors are closed behind the ship. Operators then open valves allowing water to raise or lower the vessel within the chamber allowing ships to travel in both directions. These locks measure at 33.5 meters (110 ft) in width by 320 meters (1,050 ft.) These original locks have remained in service for over 100 years, but due to their size, they are limited in the maximum size of ships that can transmit the canal – this size is known as Panamax.

In 2007, construction of the Panama Canal expansion project began, aiming to increase the parameters of its current locks and passages system to allow larger ships to travel through the Panama Canal.

After nine years of construction and a cost of $5.4 billion, the expanded canal began commercial operation on June 26, 2016. Two new locks were placed on both the Atlantic and Pacific entrances of the channel, supplementing the already existing locks. The new locks measure 365 meters (1,200 ft) by 48 meters (160 ft) and can accommodate container vessels that carry up to 13,000 TEUs (Twenty foot Equivalent Units.) Improvements to the canal have nearly tripled the 4,500 to 5,000-TEU capacity as past Panamax vessels were limited to using the century-old locks.

Even though most industry observers expected ocean carriers to increase the size of ships traveling through the Panama Canal after completion of the new locks, few expected the impact of the new locks to be so immense.

Carrier lines continue to send larger-than-predicted vessels onto the all-water route. “We thought the new locks would have a positive impact, but we did not know [it would be] as big an impact as it’s been,” said Griff Lynch, Executive Director of the Georgia Ports Authority. He added, “A week after the locks opened, we had a 10,000 TEU ship called Savannah, and that could not of happened without the expanded canal. Now we are forecasting multiple services with 13,000-TEU ships calling.”

Only 10 months after completion of the new locks, Georgia’s Port of Savannah has recorded a 12-percent increase in the quantity of containers passing through the canal and a 6-percent boost in overall volumes. Griff Lynch also credited the canal for the increase in volume, stating that the canal is a main factor for the increase. By any standard, the expansion is considered a monumental success that will affect global shipping for decades, as the existing canal has done.