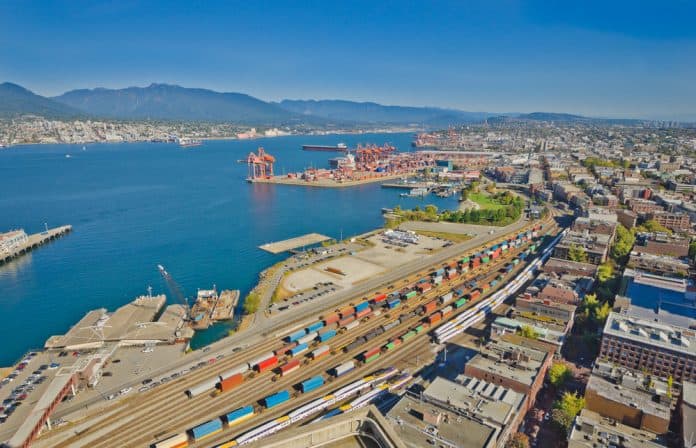 After massive flooding and landslides struck across Canada’s British Columbia province this week, the Port of Vancouver has seen major disruptions in its infrastructure. The disruptions have forced rail service to be suspended, cutting off a key rail link between the port’s terminals and the Canadian supply chain at-large.

Much of the CN and Canadian Pacific rail lines serving the port and the rest of the province are out of commission as of today.

While there are already significant delays in the overall supply chain, the latest shutdowns due to flooding will further delay shipping container movement, movement of commodities, and more. Worse, this is the second time this year that rail service at the port was suspended. Earlier this year, wildfires forced a similar suspension in operations, though that shutdown was resolved after about a week.

The Port of Vancouver is facing record volume after surging demand and a backlog diverted some cargo there that would normally go to other ports. Last night, the Port of Vancouver reported 33 vessels anchored and 23 vessels at berth. Therefore, it’s obvious that the shutdowns are coming at a terrible time for the overall supply chain.

In a statement, the Port of Vancouver offered a status update and warned a timeline for reopening is uncertain as of now.

A port spokesperson published an online statement which read, in part:

“All rail service coming to and from the Port of Vancouver is halted because of flooding in the B.C. interior. Both CN and CP Rail indicate that no rail traffic is currently able to transit between Kamloops and Vancouver. Both rail lines are conducting damage assessments of multiple impacted sites and infrastructure threats to establish access and repair activities required. A timeframe for re-opening of the rail lines will be known once damage assessments are complete.”

Also likely to impact the supply chain is the fact that Canadian crude oil pipelines in the province of British Columbia have also been shutdown due to extensive flooding.