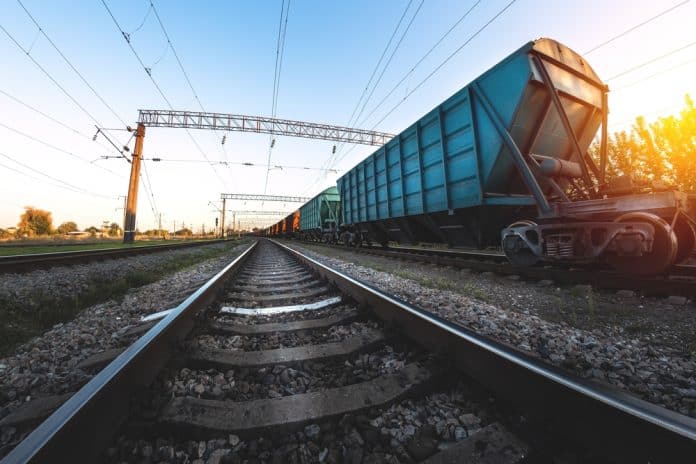 U.S.-based rail giant CSX Transportation has officially opened a new intermodal terminal in the state of North Carolina. The new terminal opened yesterday in the city of Raleigh, where it will help connect to CSX’s vast, sprawling rail network that connects many cities in the U.S. and Canada.

A ribbon-cutting ceremony was held yesterday at the new terminal, named the Carolina Connector, with officials including North Carolina Governor Roy Cooper and CSX management in attendance.

The new terminal cost $160 million and aims to ease congestion in a growing metro area.

The Carolina Connector terminal is located northeast of the city of Raleigh, and will generate over 1,300 jobs as a result of the new facility. The goal of this terminal is to embrace a more intermodal future and upgrade infrastructure to ease congestion. Since the terminal is located close to Interstate 95, the key highway between the Northeastern U.S. and the Southeastern U.S., the location was strategically chosen.

“Millions of people live within 120 miles of this terminal. The Carolina Connector will spur business development, divert thousands of trucks off highways and provide much needed jobs in this fast-growing region.”

“The CCX terminal is a demonstration of how CSX is creating sustainable supply chain solutions for customers by expanding our intermodal network in Eastern North Carolina and connecting to the busy I-95 corridor. We are proud that this project will be a catalyst for economic growth and development in the region.”

The facility was 75% paid by the State of North Carolina, with the rest of the funds coming from CSX.

The new facility contains three clean, zero-emission cranes running on electric power – that’s enough capacity for over 100,000 containers annually. There will be automated gate processes and inspections, which should streamline overall operations and improve capacity.

North Carolina is one of the fastest-growing states in the U.S., with population increasing over the past decade in the so-called Research Triangle, which comprises the cities of Raleigh, Durham, and Cary. This makes the location even more critical to meet current and future demand.