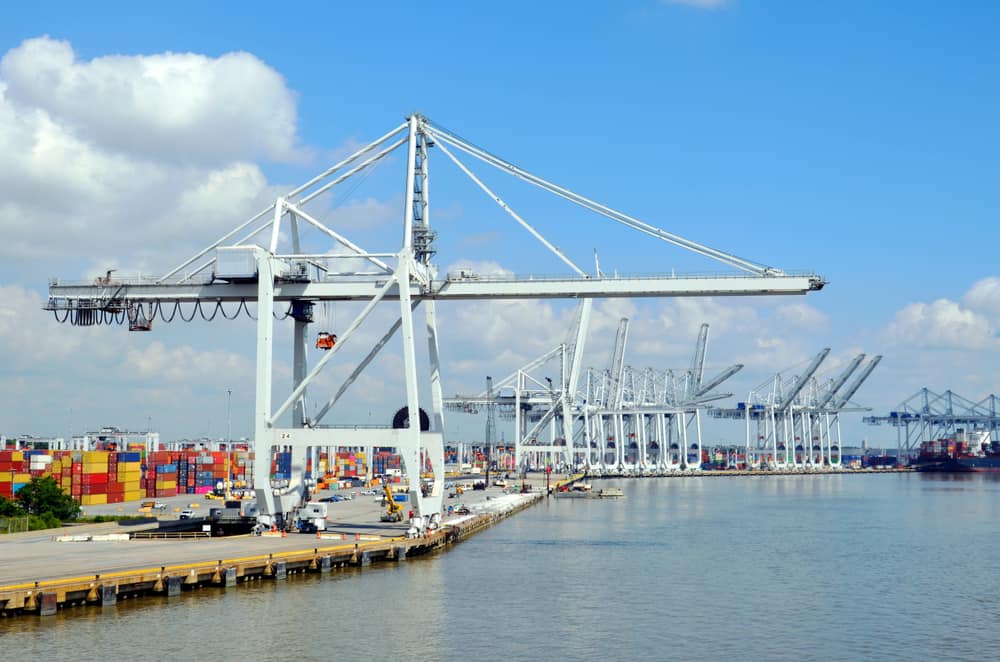 Georgia’s Port of Savannah, one of the busiest ports in the U.S., will aim to expand its capacity to 9 million TEUs within ten years.

The Georgia Ports Authority (GPA) made the announcement earlier this week, well-aware that significant improvements in infrastructure and capability will need to be made in order to increase the port’s volume handled.

GPA CEO, Griff Lynch, had this to say regarding the planned increase in capacity: “Ten years out at a 4 percent growth rate, we’re going to handle 7 million TEU per year [empty and laden], so we’re going to need capacity of 9 million. If we don’t build, then they won’t come.” Lynch recognized that the Port of Savannah has not taken full advantage of economic growth and can significantly if capacity increases.

Capacity at the port is growing through different infrastructure projects.

Capacity at the Port of Savannah will be increased through a combination of work, including strategic acquisitions, conversion of existing infrastructure into more-efficient infrastructure, upgrading terminals, and more. The GPA plans to acquire 145 acres of land near the Port of Savannah with the aim of being able to handle an extra 1 million TEUs of container activity. Additionally, an existing roll-on/roll-off (ro-ro) terminal at the port will be converted for handling of containers.

Other infrastructure updates being made include an upgrade of the Port of Savannah’s Garden City Terminal, which was upgraded to handle three 14,000-TEU ships at a time, the renovation of Berth 1 at the Garden City Terminal, so that it can handle a much-larger post-Panamax vessel, and a reconfiguration of the port’s Ocean Terminal to handle small vessels up to 2,500 TEUs. The upgrades will be completed over the next 3-4 years.

Infrastructure upgrade work is taking place simultaneously with the Savannah Harbor Expansion Project, aimed at deepening the harbor to 47-feet from its existing 42-foot depth. That project should be completed by the end of next year.

It’s critical that the Port of Savannah is expanded as the economy has grown along with increased demand.

Already the largest port in the Southeastern U.S., the Port of Savannah handled almost 4 million TEUs in 2019, an increase of nearly 5 percent from 2018. The increase is largely attributed to more shipping activity from Asia over the past several years. With the U.S.-China trade war potentially easing in 2020 and beyond, more Chinese import volume may prompt the need for increased capacity at U.S. East Coast ports. The Port of Savannah hopes to be ready for this increase.