The Potential Effects of Coronavirus on Shipping and Overall Transpacific Trade 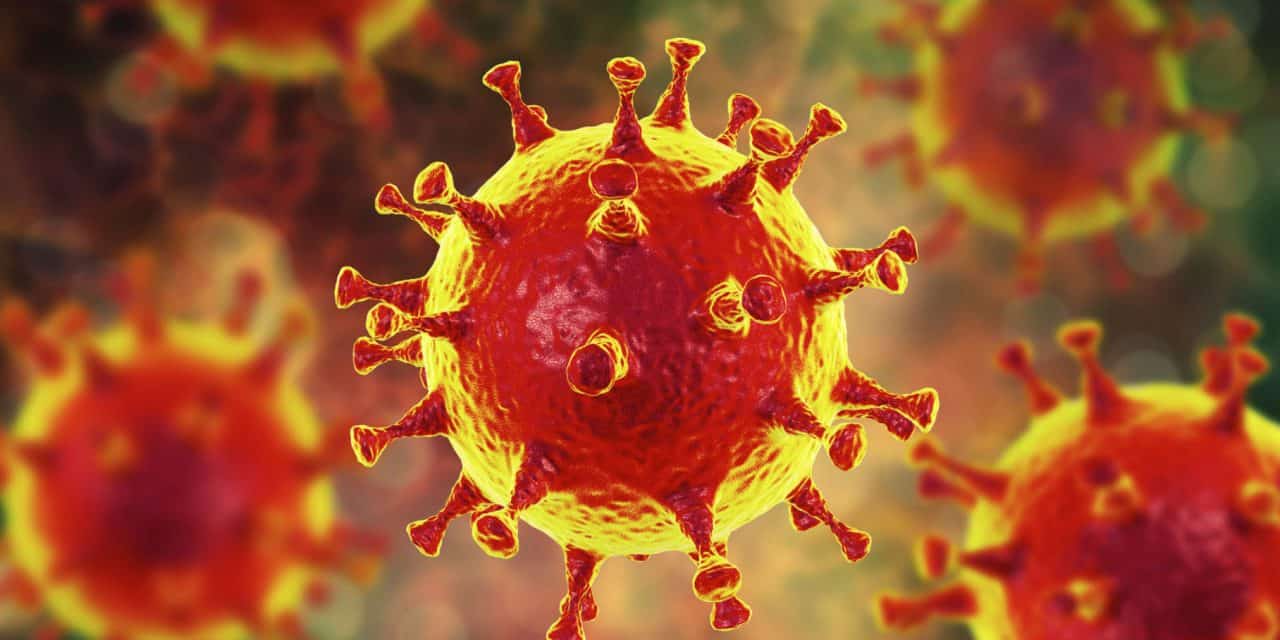 The Chinese New Year period is one of the slowest periods for ocean shipping as many factories close for up to four weeks and many people travel back to their home cities to visit their families. Most offices are closed for a week and everything slows down during this time.

Coronavirus could not have emerged at a worse time. The Chinese New Year period is considered to be the biggest migration of people where an average of 400 million people move around to reach their destinations. This has caused fears of transmission of the virus at an accelerated rate. As of this writing, over 150 people has died from the virus and confirmed cases of infection have reached over 7,000. The virus has spread to several other countries.

Some have compared the new coronavirus with SARS, which also originated in China and killed 700 people in 27 countries and infected over 8,000 people.

However, there is huge difference considering the central location of Wuhan, which is considered the Chinese version of Chicago. It is strategically located on the Yangtze River, the world’s busiest waterway. For both import and export shipments, more than two billion tonnes of cargo are transported through ports on the mainstream of the river every year. More than 80 percent of China’s inland waterborne traffic moves on the Yangtze River. Wuhan itself handles close to 1.5 million containers a year. Additionally, Wuhan supplies thousands of tons of coal, steel, crude oil, and fertilizer cargo. So, any major problem which may cause prolonged disruption of the supply chain from these areas will have tremendous effects for both China and every stakeholder that does business with China and sources goods from there.

Based on market information and our expectations, we have listed the short and potential longer-term effects of Wuhan Coronavirus below:

Manufacturing delays: Traditionally, factories in China took an average of 3-4 weeks to open after the Chinese New Year period. This period will most likely be extended due to travel restrictions that were put in place, and this will affect production. If the situation gets worse, factories may even be closed for a longer period of time. Late opening of factories will mean production delays and missed delivery dates for many importers. Already in Shanghai, Jiangsu, Zhejiang, and Guangdong provinces, the Chinese New Year (CNY) Holiday is extended until February 10th.

Increased Blank sailings: Steamship lines had already announced blank sailing programs during the Chinese New Year due to weakened demand. This would further increase if the current situation is prolonged. This will result in less service openings.

Slower port operations: Ports in China, and overall in Asia, remained open during SARS outbreak. There will be priority given to those vessels that may carry aid supplies for the outbreak. As of this writing, none of the Chinese Ports and Customs offices are affected. Shipments that were returned to the terminal before the Chinese New Year holiday with planned sailings would be loaded as scheduled. If the situation gets worse, port operations will be disrupted as ports will need to implement new safety procedures. In the most extreme scenario, there is risk of quarantines at ports, which will stop port operations completely. Some vessels were already stopped at Yangtze River to prevent them from calling Wuhan. Barge operators will also be affected.

Trade show cancellations/postponements: Various trade shows are already cancelled or postponed to the second half of the year in China. This will cause diminishing new purchases and affect both importing countries’ supply for those commodities and a missed income opportunity for Chinese sellers.

Lower contract rates: Unless the coronavirus situation is resolved in the next two months, it will have a tremendous effect on the contract season. Prolonged manufacturing closures will mean weakened demand during that time period, which in return will cause a very weak rate market. Traditionally, carriers push for multiple general rate increases prior to the contract negotiation season, in the hopes of pushing rates to their highest levels possible so that contracts can be negotiated from those higher levels. This would not be the case if the current situation gets worse.

Revenue losses and affected profits: We may see a big drop in transpacific container volumes, especially in the first quarter, possibly extending to Q2 2020. Steamship lines will get hit big time as they have already been struggling to pass on additional costs that came in with the IMO 2020 regulation. Lower rate levels will have a greater negative impact on carriers’ revenues. In order to continue services, steamship lines may push for sailings without full space utilization, which would result in higher operating costs.

Effects on the China-U.S. Trade Deal Phase One: As part of the Phase One Trade Deal, China promised to purchase U.S. agricultural products. Due to potential weakened domestic demand, China may not fulfill this promise, which in return may have some significant effects on the trade deal as a whole and also on U.S. agricultural exporters. Grain markets and soybeans are at their lowest levels as many traders are waiting to hear from China whether they would start buying more U.S. crops or not.

China Economic Slowdown: Previous SARS outbreak had a tremendous effect on the Chinese economy. Annual growth dropped to 9.1 percent in the second quarter of 2003 from 11.1 percent in the previous quarter. The growth will slow down, the percentage point is a matter of how worse the situation gets.

Various industries and commodities will be affected: Retailers, travel, tourism and transportation companies will be the first ones to feel the immediate effect of the coronavirus. In the long term, industries ranging from consumer goods, raw materials for manufactured products, and industrial goods will feel the effects of the coronavirus. Since Wuhan is a river port at the heart of the Yangtze River, commodities that can not be moved by truck and use the river as the only mean of logistics, such as iron ore, coal, large pieces of equipment, steel products, and even home goods may feel the impact from the current situation.

China is the largest trading partner for many countries in the world. Any disruption to demand would immediately be felt in all those countries. Jet fuel demand also decreased due to multiple service cancellations from airlines. Goldman Sachs predicted that the coronavirus could reduce oil demand by 260,000 barrels per day (b/d), driven by a 170,000 b/d drop in jet fuel and additional declines in gasoline demand. Oil prices are going down, and there is a possibility that bunker prices may decrease in the upcoming weeks.

We will see the real effects of the coronavirus in the next few weeks.

At this point, it is hard to distinguish the slowdown due to the ongoing Chinese New Year period. However, if the situation does not improve until March, expect some of the long term effects mentioned above to start to happen. Supply chains are so interconnected today that it’s impossible to reroute sourcing to another area in such a short time frame. Coronavirus is a black swan event and how it will affect the shipping industry and at what level remains to be seen.

Serkan Kavas was born and raised in Turkey. He graduated from Dokuz Eylul University with a Degree in Business Administration in 2001. He had an internship in Germany at a major industrial company after college. He worked at their family business in Turkey and managed their exports from Turkey to Europe. He moved to the U.S. to continue his education in New York and obtained his MBA degree with International Business concentration at New York Institute of Technology in 2005. After graduation he was recruited by MTS Logistics and he has been working at the company since 2005. Serkan worked his way up from the entry level to operations manager and to his current position as our VP of Imports at MTS Logistics. He wears different hats daily with different responsibilities. He has vast knowledge, experience, and understanding of all aspects of logistics, freight, and the supply chain. His focus now is to help develop our import department and help our company move forward. 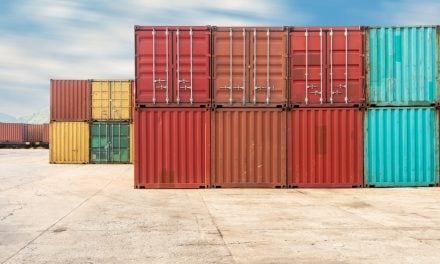 Five Payment Methods in International Trade for Exports and Imports 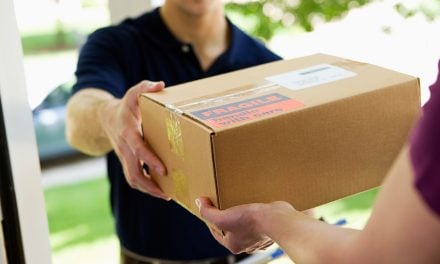 What Is Export Promotion And Development? 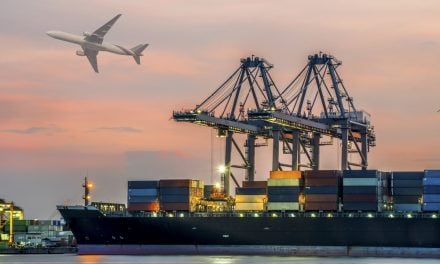