About the U.S. Trucking Shortage Problem 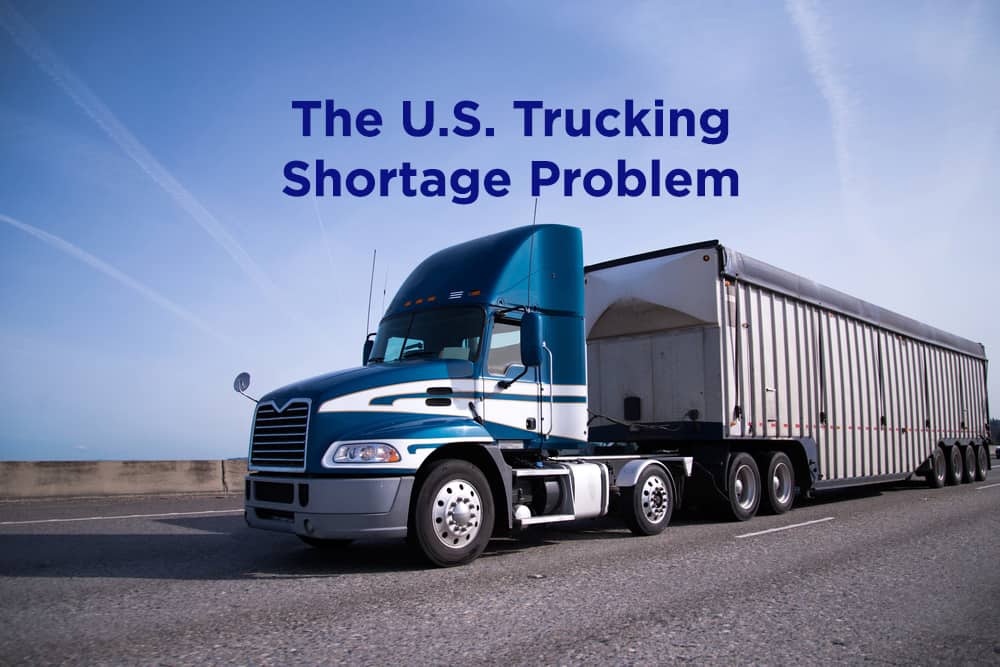 As a result of these changes, negative effects are starting to hit importers. If you are regular importer, you know that in trucking, on-time deliveries may be challenging at times. However, the situation has become worse in the past few months. These days, it is in its worst shape to date. Currently, there is huge truck power shortage. Many years ago, when the clean truck initiative first started, many trucking companies simply quit the industry, as they could not afford to operate trucks that meet these requirements (an expensive investment.) The effects of so many trucking companies quitting continued for many months. There was a huge surge in truck demand in East Coast ports when the West Coast port slowdown happened in late 2014 and early 2015.

Currently, the U.S. trucking industry is facing a growing shortage of qualified drivers.

This shortage has dramatic effects on timely deliveries. There are major delivery delays of containers in many different areas. Currently, New York, Savannah, Charleston, the Ohio area, Chicago, Detroit, Memphis, and Houston are the areas where we observe the most delays. Other areas are not in the best shape, either.

What is causing the current trucking shortage crisis?

While many different factors are directly affecting the trucking shortage, the following are the major reasons for the current shortage:

The immediate effect of the trucking shortage is delays in deliveries.

Drayage rates are expected to be pushed to higher levels in the upcoming weeks. Demurrage, detention, per-diem, and chassis charges will incur for poorly-managed dispatches. Furthermore, importers and everyone involved, need to be ready in advance for deliveries. Do not leave delivery arrangements for the last-minute. Giving a heads up to carriers might help ease the situation.

Also, an additional buffer needs to be added to cargo delivery dates. This whole situation is not expected to get better anytime soon, but with advance planning, open communication, and an understanding of the reasons behind what’s going on, you will be able to better manage delays, and other issues.