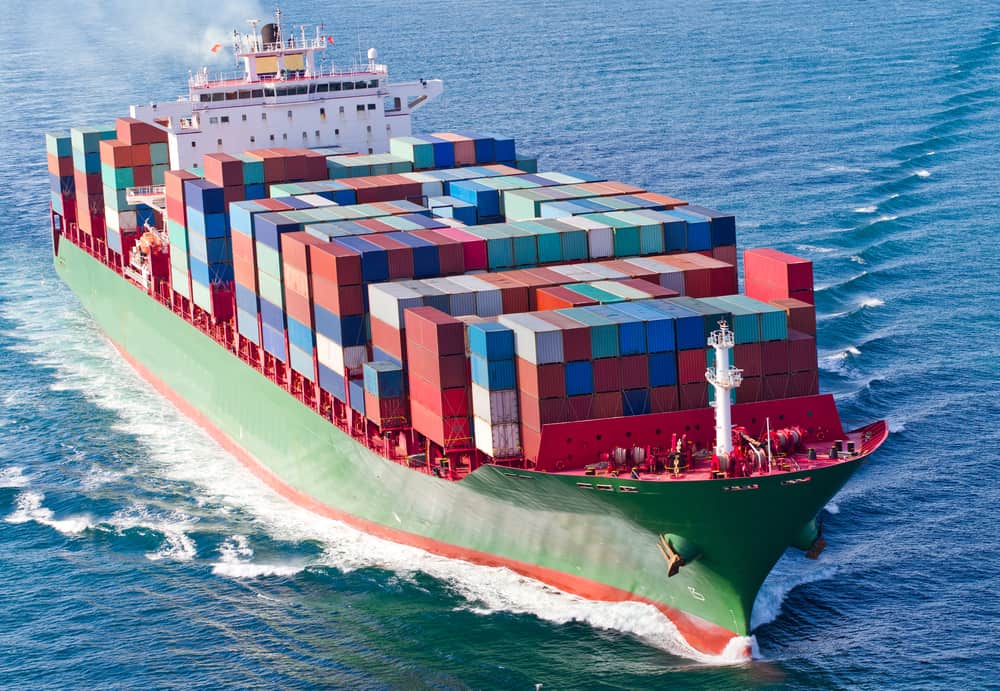 There has been an unexpected surge of shipments which started in July and continued until the end of 2018. This increase in shipments is due to expedited shipments by importers, in order to protect themselves from paying higher duties as a result of possible higher tariff amounts in 2019. This urgency greatly boosted import TEU figures for 2018, as most shippers ship their Christmas goods by October, and the traditional peak season ends by then.

Here are our general expectations for 2019, solely based on our research and years of industry experience at MTS Logistics.

1. The switch from China to Southeast Asia, which started years ago, will accelerate.

Years ago, I wrote a blog article comparing China and Southeast Asia, and mentioned that we forecasted a switch from China to Southeast Asia. China is further moving away from being the world’s factory for goods towards being a consumption country. Its annual GDP growth has been falling and is now at 6-7 percent – still a substantial growth rate considering the size of the economy, but also a good indication of a slowdown. The shift that started from China to move production of labor-intensive products years ago will further accelerate in 2019. Especially labor-intensive products, such as textiles, apparels, footwear, and furniture, are the first industries that will leave China.

To prevent this, many factories in China are moving further inland as Western China continues to offer cheaper labor compared to China’s coastal cities. However, being further inland means more expensive freight rates and longer transit times, as barges must be used along with other means of transportation to connect coastal cities for mother vessel departures. Vietnam may be the biggest winner of this switch, along with other countries, such as Indonesia and Thailand, as they have better infrastructure, such as deep sea ports which can now accept larger vessels. I observed that many Chinese companies are already positioning themselves in countries like Vietnam, and Indonesia is setting up factories in order not to miss out on this production shift.

Other up and coming countries, such as Bangladesh, Myanmar, and Cambodia, face structural problems such as issues with reliability, consistency, and political instability. India is still a strong exporter, but infrastructure and reliability remain an issue. China will continue to dominate production and be the factory of the world, but this is not sustainable forever. There will be more value-added production, rather than labor-intensive commodity production. The ongoing trade war between the U.S. and China has made importers realize that they MUST have an alternative to China, similar to the realization that surfaced after the Los Angeles port crises, when many companies reviewed their supply chain and added alternative U.S. entry ports.

2. Rate levels will be determined based on U.S.–China trade talks.

The U.S.-China trade war has affected many, but U.S. importers have paid the ultimate price. Many carriers cancelled their services in anticipation of a slow peak season back in June. However, once the U.S. started unexpectedly implementing tariffs, many importers accelerated their shipments and shipped to stock, in order to get protection against higher tariffs. This put tremendous pressure on rates, which climbed to their highest levels in almost 8 years. This shows how shaky the rates market is, and that it is almost impossible to forecast freight rate levels, as many different factors contribute to ultimate rate levels.

The most important item is obviously supply and demand. This year, there was a 7% reduction in capacity, as a result of the cancellation of 3 vessel springs on the West Coast, and a 1.3% capacity reduction on the East Coast, due to one vessel spring cancellation. According to Drewry, amid a gloomy global economic outlook and rising commercial trade tensions, the forecast for container demand transport will be reduced over the next five years. Previously, the forecasted index of supply and demand was forecasted to gradually increase until 2022, when the container industry would reach an equilibrium. New forecasts suggest that the industry now faces the current oversupply situation for several more years. “The anticipated rebalancing of the container market seems to have been postponed, which is more bad news for carriers that face substantial increases in costs as a result of the stricter 2020 fuel standards,” said Simon Heaney, senior container research manager at Drewry. According to HSBC research, during 2019 and 2020, active capacity growth will be lower than demand growth.

After recent developments at the G-20 summit regarding a 90-day suspension of the decision to implement higher tariffs, our take on freight rates is that January will still be still a strong month due to the upcoming Chinese New Year. Some factories are closed for a longer period of time, so February will be a very weak month for rates. Starting in March, carriers will aim to implement increases in order to enter the contract negotiation period with as the highest possible rates. Post-Chinese New Year shipment volumes will determine the fate of rate negotiations, which take place in April and May.

Considering many importers accelerated the shipment of their spring products, there may be weak demand and rates. Fuel will be an increasing cost for carriers after the International Maritime Organization’s low-sulfur fuel regulation goes into effect in January 2020. This will be applied to all container shipping companies effective January 1, 2020. The regulation stipulates a maximum sulphur content threshold of 0.5% for marine fuels over 100% of sea distance for any maritime services. To be compliant with this new regulation, low-sulphur fuel needs to be used, and the cost-per-ton is expected to be significantly higher than IFO 380. The suspension of the tariff decision will coincide with the beginning of the contract negotiation period and will have a tremendous effect on rates. Based on the above factors, for transpacific trade, we expect similar rate levels in 2019 as in 2018 for both the East and West Coasts, as carriers are more disciplined now when it comes to controlling supply. We also forecast higher fixed-rate levels being negotiated, compared to 2018.

4. Technology and blockchain will grow in use.

The usage of the blockchain will further accelerate in 2019. We already have seen some developments, with the usage of blockchain in letters of credit and in other areas. The overall embrace of technology within the shipping industry will accelerate as there are multiple developments underway by both established industry players and new startups.

5. The NVO share will grow further in transpacific trade.

Many BCOs realized cheap rates don’t mean anything, since at the first sign of a strong market, their cargo is the first to be left behind. Carriers have always looked at profit maximization per-vessel and that will not change. They will want to take advantage of a strong market to increase revenues. There was 1.7% growth in 2018 in the NVO share of the transpacific market. Mid-sized BCOs will continue to move towards NVOCCs, at least dividing some of their volume in order to get better service and protection. This also shows that the market dictates rates – fixed or lower rates don’t mean anything at the time of a strong market and during high-demand situations, low rates are not sustainable. Additionally, due to alliances between the steamship lines, it has become harder for BCOs to manage day-to-day operations. For example, due to vessel-sharing agreements, many vessels arrive at different terminals, and equipment issues arise along with other daily issues. These issues mean it takes longer to manage day-to-day activities for BCOs.

6. There will be a shift to better meet customer demands.

In order to keep up with increased demand for better service, some ocean carriers have started offering premium services, such as guaranteed loadings, faster unloadings, and guaranteed transit times. Maersk has worked on being an end-to-end logistics provider. In order to meet customer demands, more streamlined service attempts by ocean carriers will continue and extend to other carriers in 2019.

2019 will be a turning point for supply and demand balance, which has plagued the shipping industry for many years. It will be a transitional year. Still, the big unknowns that may change everything are fuel costs, trade discussions, disruptive entrants, and industry consolidation.