A Top Shipping Carrier, MSC, is Also Top in CO2 Emissions in Europe 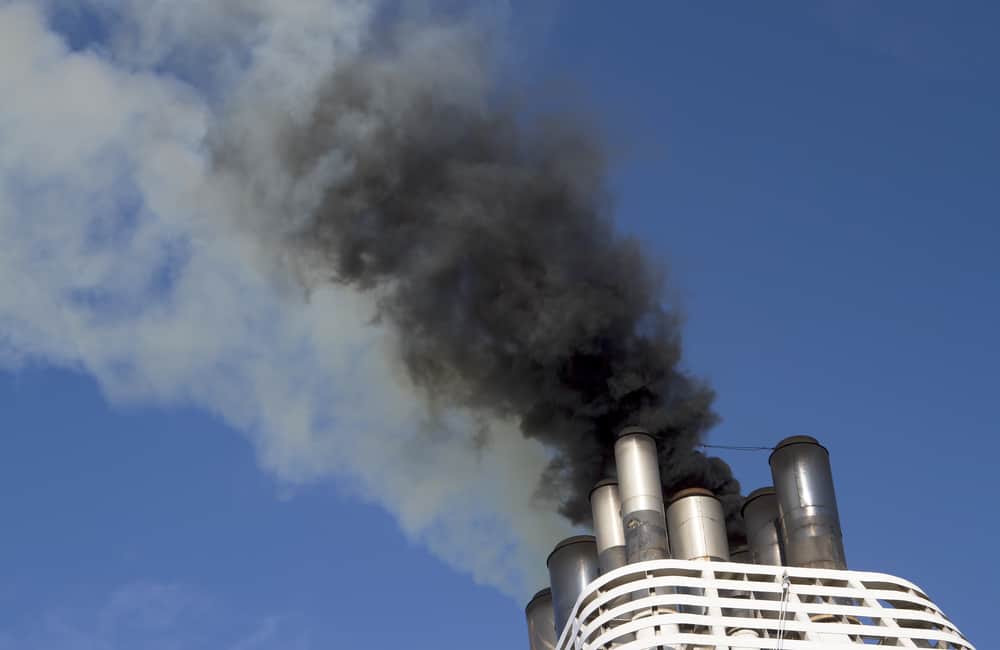 A recent study was released by Transport & Environment, a non-governmental environmental group based in Brussels, which ranked the top polluters, i.e. those with the highest CO2 emissions.

MSC appeared number six on the ranking of top 10 polluters in the EU for the year 2020, with the remaining 9 polluters being power plants which produce coal. The ranking considers only CO2 emissions in the EU. Therefore, MSC’s pollution output ranks sixth on the list in respect to their European port calls, although, the highest emissions were noted between European ports and non-European ports.

The below image, published by Transport & Environment, shows that not only does MSC rank number one among ocean carriers for European pollution output, but their CO2 emissions rank significantly higher than those of the other carriers. MSC emitted a whopping 10.9 megatons of CO2 in 2020 while Maersk comes in at 6.5 megatons, CMA CGM 5.0 megatons, COSCO Group 3.8 megatons, and Hapag-Lloyd at 3.6 megatons. 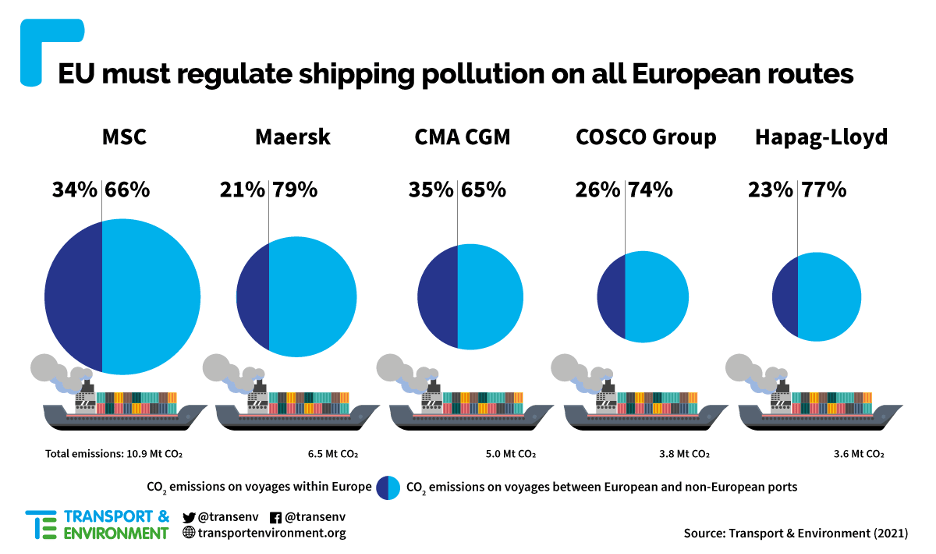 Environmental agencies like Transport & Environment demand that ocean carriers clean up their act and reduce their emissions.

In a recent article noted on gCaptain, it is believed that shippers should “both pay for all their pollution and start using green fuels on European routes.”

A meeting is scheduled for July 14th, at which time the European Commission is expected to announce if companies will have to begin purchasing pollution permits and/or using green fuels for non-European routes (the routes which make up much of the European shipping industry’s impact on the climate).

The information comes on the tails of a recent announcement by Maersk that they have plans in the pipeline for a zero-carbon container ship. The ship is planned to operate via carbon-neutral methanol or greener bio-methanol, both options which allow for a zero-carbon impact on environment.

With new requirements potentially coming in mid-July and the IMO environmental resolutions in place, carriers need to work faster than ever to get on board with greener means of fuel. The 2020s will be the green decade. Can MSC keep up or will they fall behind?

Mahab Rahman
Mahab is an Operations Manager at MTS Logistics, and has been with the company since 2009. He graduated from Baruch College with a BBA in Economics.
RELATED ARTICLES
Industry News