HomeShippingAmazon: The Predator Lurking in the Deep for Shipping and Logistics
FeaturedShipping

Amazon: The Predator Lurking in the Deep for Shipping and Logistics 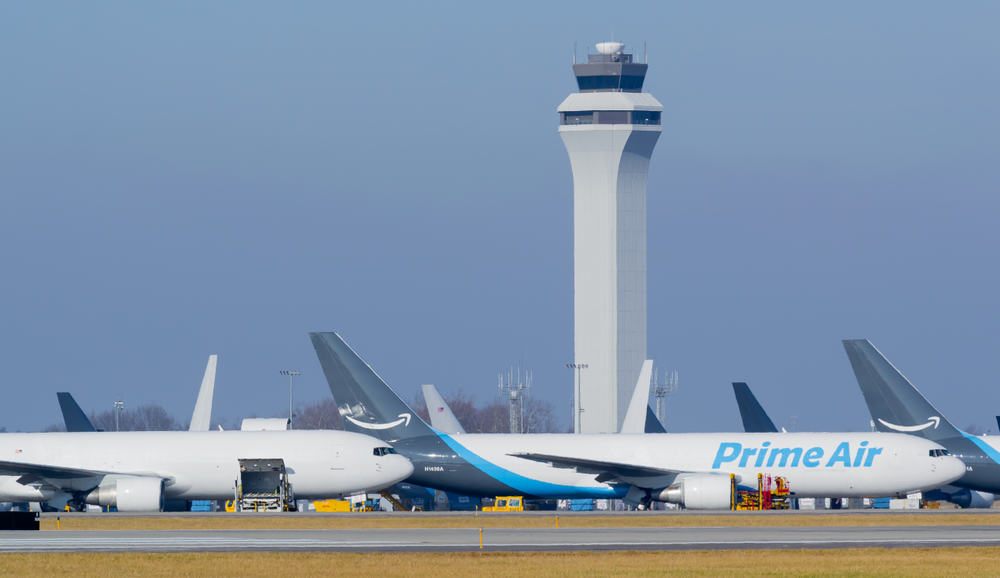 It is inconceivable that the online bookstore that began in Jeff Bezos’ garage in 1994 is now one of the biggest potential competitors in the shipping industry.

Amazon has been doubling its revenues annually and reached an evaluation of over $1 trillion only one month after Apple broke the record by crossing that threshold. To understand how an e-commerce company is a budding threat to global carriers, we must first understand what makes Amazon tick.

25 years ago, Amazon was launched with three main business concepts that it still upholds today – what PolyMatter’s video The Grand Theory of Amazon refers to as their “three pillars of world domination.”

What is the next step for a company of such exponential growth? The complete take-over of their supply chain process, and in doing so, conquering the shipping industry.

In 2016, Amazon obtained licenses with the FMC allowing them to move cargo from China to the U.S. as an NVOCC, the only e-commerce company to do so as noted in our January 2016 article. Essentially, Amazon is moving to remove the middleman by utilizing their own freight forwarder and brokerage services. As noted on scdigest.com, with Amazon’s project Dragon Boat, the company intends to amass inventory from thousands of merchants around the world and then buy space on trucks, planes, and ships at reduced rates. This move has sent shockwaves through the freight forwarder circles that have been slow to develop technologically. Once an e-commerce titan like Amazon, already extremely technologically-advanced, gets its foot in the door of global logistics, it could potentially wipe other forwarders off the board. According to an article on MarketWatch.com, “Amazon’s entry into the market is ‘a huge wake-up call to an industry that’s been very slow to adopt technology,’” especially as many forwarders still resort to printing in what has become a paperless world.

Forwarders aren’t the only ones in a precarious position up against Amazon: ocean and air carriers are feeling the pressure, too.

Since the first trial in 2015, Amazon has increased its fleet of 767 aircraft to a total of 40 cargo planes under the name Amazon Air and has begun construction on a main cargo hub in Cincinnati, projected to be completed in the coming years. Although Amazon Air has not yet become dangerous competition for DHL and UPS given that it still makes use of their services, as an NVOCC and plane owner, it can ship almost completely independently.

Amazon has not yet made moves on becoming a vessel operating cargo carrier (VOCC), but it could be assumed that’s what Amazon has in store for the future. Although Amazon does not have terminal agreements, alliances, or berthing priorities that current ocean carriers boast, they do have the cargo and the drive. Time and again, Amazon has found solutions to logistical issues facing the industry. The advent of Amazon Flex, a business model similar to Uber that allows drivers to pick-up merchandise and deliver it lightning fast, is the company’s response to the nationwide trucker shortage.

If Amazon continues to move into the shipping industry and maintains their three pillars of global domination, they could wipe other entities out of the water.

Its rate tiers could be constructed based on their current business model of customer experience over profit. They would offer the fastest service and lowest rates, accept the inevitable losses but gain the clientele, forcing other carriers to drop rates to their competitive offerings. They would incorporate algorithms based on customer data that would monitor their clients’ trends enabling them to formulate the most appealing routes, transit times, and services to their customers thus incentivizing clients to return. Because, ultimately, Amazon’s secret weapon is data.

Amazon is king in dealing with data: utilizing algorithms to screen customer information to target the appropriate audience and provide them what they want based on their purchase patterns. Even though shippers and carriers are slowly getting into e-commerce to move towards more-efficient supply chains and logistics for their customers, they are no competition against a leviathan like Amazon, quoted “not to be a player, but the game” regarding data collection and use. At this point, much of Amazon’s next moves are based mostly on speculation, but as the company continues to grow beyond measure, the rest of us can only watch and wait.