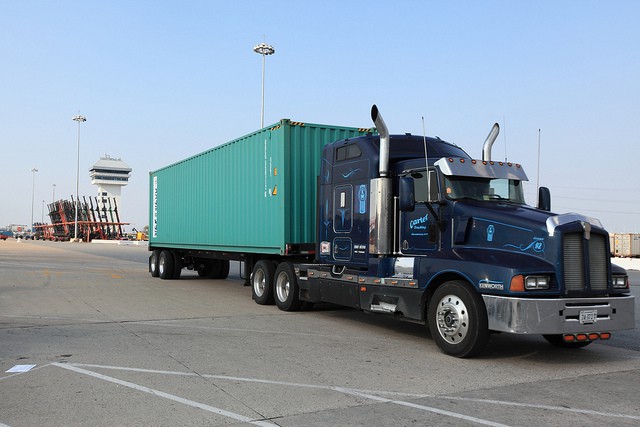 The next phased implementation of Canada’ Advance Commercial Information (ACI) initiative brings forth significant changes on how truckers cross into Canada from the United States. eMenifest is a  program designed to enhance border security and once fully implemented expedite border crossing for truckers into Canada. As of Monday, January 11, carriers trucking goods into Canada who get ticketed for not complying with the Canada’s eManifest import pre-arrival data system will face fines. Electronic manifests became mandatory for truckers and railroads last July, but without fines for non-compliance. This can cost you extra thousands of dollars per load if you don’t comply.

According to Canada Border Services Agency (CBSA) eManifest is a major transformative initiative that is designed and being implemented to modernizing and improving cross-border commercial processes. eManifest is the third phase of the Advance Commercial Information (ACI) initiative.

For trucking companies, cargo and conveyance data must be received and validated in an electronic format, or eManifest, by the CBSA a minimum of one hour before a shipment arrives at the border. For rail shipments, the minimum period is two hours before arrival.

Starting on Jan 11, 2016, CBRA starts assessing “monetary penalties” to U.S. truckers and railroads that don’t transmit electronic shipment manifests beforehand. Penalties are set on scale that can range from a few hundred dollars to as much as $10,000 per shipment. Penalties escalate for repeat offenders. “The Administrative Monetary Penalty System is a matrix. If you keep doing the wrong thing, they keep ratcheting it up. If carriers aren’t ready, they’re going to feel it in their pocketbooks.”

Electronic manifests are required at every crossing point on the 5,525 mile U.S.-Canadian border. Millions of eManifests will be transmitted each year. In 2014, the last year for which annual data was available, 5.8 million trucks crossed the U.S.-Canadian border, a 2.7 percent increase from 2013. Trucks carried 53.8 percent of the $658.2 billion of freight shipped to and from Canada in 2014, and 65.6 percents of U.S. exports to Canada moved by truck.

Canada is gradually rolling out electronic filing requirements for all types of carriers, forwarders and importers. The eManifest program is the heart of Canada’s Advance Commercial Information or ACI initiative, similar to the U.S. Automated Commercial Environment initiative.

Ocean shipping lines have had to submit electronic manifests 24 hours before arriving at Canadian ports since 2004, and air cargo operators since 2006. Electronic filing is not yet mandatory for freight forwarders, but the CBSA is working on it. Canadian shippers importing goods also will eventually have to file advanced trade documents online.

If you are a shipper, it would be wise to ensure carriers are compliant before giving them cross-border freight, otherwise it could lead to delays in addition to the monetary mentalities. “If you did the electronic filing right but not in the timeframe, those shipments are going to be stopped and set aside.”

Carriers can visit this website to request a secure password that will grant access to the portal, allowing them to electronically submit load information in advance of arrival at the border in compliance with Canada’s ACI eManifest program.