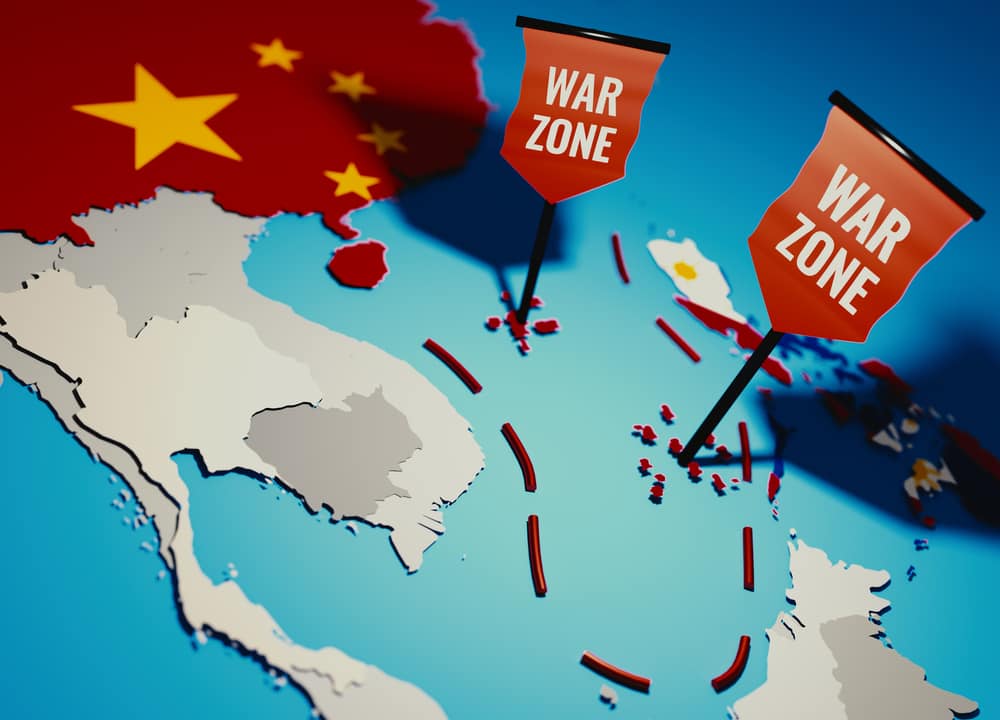 We frequently hear news about the China South Sea disputes, which may result in military action from both the U.S. and China. Disputes are still ongoing. We will explore the back story of the dispute, and how it may disrupt shipping lanes.

What is the story behind the China South Sea disputes?

China is claiming majority of the China South Sea, based on an old 1947 map of theirs, which encompassed the majority of the sea area with 9 dash lines. With this, they claimed sovereignty over the region to do what they see fit. This region is rich in oil, natural gas, and other natural resources, which would naturally antagonized other areas in the region, such as the Philippines, Vietnam, Taiwan, Brunei, and Malaysia, which all have competing claims to the area, too.

In past few years, China has tried to solidify its claim of the region, by expanding and militarizing its territory in the region, building airstrips with fighter jets on the Spratly Islands, which cross over to contested waters with other countries.

China had given warnings to its competing neighbors to not conduct any drilling for oil or gas in these regions.

How this dispute may disrupt shipping lanes?

The South China Sea is an essential vessel routing for China, Korea and Japan. On a daily basis, there will be thousands of vessels sailing through these waters. Any disruption to this routing will disrupt the flow of goods in East Asia, the Middle East, and Europe. Even the Americas will be adversely affected. Vessels will take longer routes, increasing fuel cost. This body of water allows the flow of domestic goods, such as oil and raw materials, to travel from point A and B with ease.

According to Wall Street, it is estimated that over $5 trillion pass through these waters on a yearly basis, and of that, it is estimated about a quarter belongs to U.S. imports and exports. During the most recent ruling about this, on July 12, 2016, an international tribunal ruled a claim against China over the Philippines’ claim of the areas they control, but China refused to accept this ruling. Even though these rulings have no legal biding, if China chooses not to follow the ruling, they will lose face internationally, given that China is a Signatory to the United Nation Convention on the Law of the Sea, and one of the major leaders in the world economy.

China is firm on their stance of their claim, and will not back down to any ruling, even going as far as stating they will use military action to defend it. This makes neighboring regions wary, even with rulings issued against China. China has even warned U.S. military vessels of cross into their region, threatening military action against them. Military action will benefit no one, so it is very unlikely that China looks forward to any military action. Let us all wait and see how this develops.