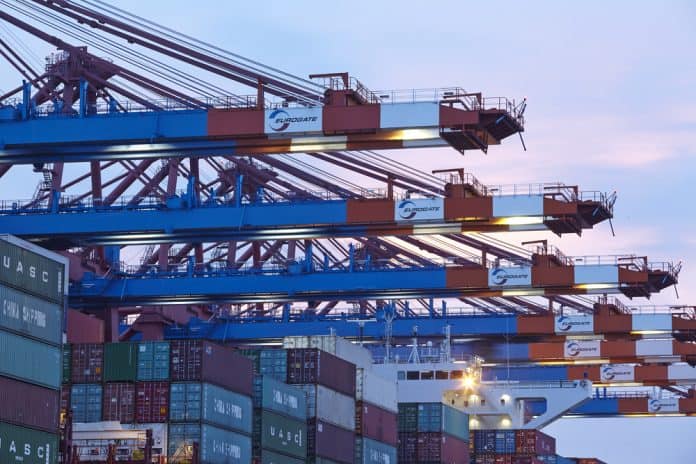 The world’s largest container shipping liners are poised to break their own profits record that was set in 2021 by a staggering 73%, per the latest forecast. With sustained demand for imports in the United States, high fuel prices, and skyrocketing rates, the 11 largest carriers are poised to make approximately the GDP of Portugal in 2022.

Founder of Blue Alpha Capital, John McCown, observes the 11 largest carriers who is responsible for the latest forecast and claim. August’s forecast is up around $36 billion from April’s prior estimate to a whopping total of $256 billion in profits. Following 2021, in which this group of carriers set a record for with $148 billion in profits a 73% increase sounds almost unthinkable.

“These profit increases are being driven by continuing increases in the rates in contracts that cover the large majority of loads actually moving on ships,” McCown recently told Bloomberg. He went on to note this is despite the linear decline of spot rates this year, as they account for only a small portion of liner’s freight.

An industry with thin margins, historically, the shipping industry as a whole has come out on top throughout the pandemic, amid two years of stark economic changes and disruptions, and remains one of the industries thriving throughout 2022.

While some are investing this newfound capital into a cleaner future, with research and fleets that use cleaner burning fuel, others are looking to burn them at the stake.

As inflation takes a hold of the global economy, governments from Australia to Germany are looking for a scapegoat. Governments are looking to cut into these profits as threats of strike from logistics workers around the globe rise. These workers have not seen the same lift in quality of life observed by the shipping giants in McCowan’s report.

Union leaders on the West Coast of the United States released a statement a statement when they began ongoing contract negotiations in May expressing their position on the matter. “Foreign-owned, billion-dollar shipping companies that gouged American businesses by charging them 10 times the usual shipping rates and have contributed toward the rise in inflation.”

As detailed in McCown’s analysis, container shipping rates were more than 2.8 times higher in Q2 of 2022 than they were two years prior. According to the International Federation of Freight Forwarders Association, who represent more than 40,000 logistics firms, “the price shocks to shippers, consumers, and supply-chain intermediaries hinder recovery from the pandemic and other economic shocks in the recent past. All affected jurisdictions globally should pay close attention through their competition authorities to ensure the market is not distorted, and put in place a mechanism to intervene quickly to protect shippers and consumers worldwide.”