Is This the End of Globalization as We Know It? 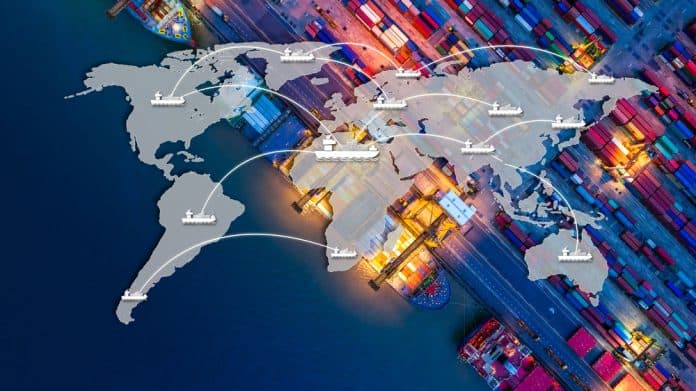 When China joined the World Trade Organization (WTO) back in 2001, it left no doubt that globalization was gaining steam and prices were falling worldwide. Since manufacturing had switched from high-cost areas to low-cost ones, barriers to entry were being eliminated one by one. Over the last couple years though, the picture changed dramatically, with the rise of populism in political circles to Covid effects on global markets.

Corporations are like migrating birds: whenever they see a low-cost opportunity, they tend to switch their operations accordingly. For years many countries benefited from this approach, with global poverty levels declining decade after decade, uplifting many people. David Ricardo has a popular theory on this which, in simple terms, states if two countries are trading freely, they are each better off when both countries produce goods that have cost advantage over the other – thus propping up the notion of comparative advantage over absolute advantage.

When we look at the main threats facing globalization, we can summarize the below issues as top candidates:

The Rise of Populism

When there are people who benefit from trade, there are also the losers. When blue collar jobs, mainly manufacturing jobs in first world countries, switched to developing nations some countries were behind preparing their population to this new reality. This has paved the way for populist candidates and bringing tariffs and quotas to certain economies to protect certain industries.

A Rise in Protectionism Due to the Pandemic

For the last two years, we have seen the effects of Covid in every sector. When the pandemic started, almost all countries prioritized the needs of their population when it came to medicine, masks, and cleaning supplies. This brought with it export bans in those industries until the situation was under control. Even though Covid seems to be a thing of the past, many experts believe that pandemics will increase in frequency. Where it took, in this case, close to 60-70 years, overpopulation and effects on the environment increase the likelihood of the next pandemic occurring within the next 10-20 years. Some even a pandemic will happen again within a shorter period. So, to get ready for the next pandemic, governments are reevaluating their supply chains and if they see key industries going extinct, they’re investing in those sectors and creating barriers to entry.

Rise in Protectionism Due to Wars and Geopolitical Tensions

Just when we thought the Covid pandemic was almost over, the war in Ukraine started. Nations started to pay attention to the exports of Russia and Ukraine, as each country are dominant producers of grain and corn in the global food supply. With many countries relying on these products in global markets, particularly Africa, countries again started to reevaluate their imports and exports and invest in certain sectors that they found to be vulnerable. In the U.S., with the relationship between Taiwan and China degrading and Taiwan being the producer of more than 60% of world’s advanced semiconductors, the U.S. Senate recently passed the CHIPS Act to strengthen the domestic semiconductor manufacturing. Back in the 90’s, U.S. semiconductor production produced around 37% of the global supply, but with globalization that number came down to just 12%, making the U.S. vulnerable to any supply chain issues with semiconductors. Since every electronic device from cars to phones that we use today relies on semiconductors, any conflict between Taiwan and China will have tremendous downside effects on the global supply chain. In my personal opinion, this will be more detrimental to global economy than what we experienced during the Covid crisis.

In the past, it used to be cheaper to have certain commodities made overseas. But China and other producers are becoming more expensive, and with the addition of tariffs as well, we do see the manufacturing of some items coming back to the U.S. Over the last few years, with so many disruptions to supply chains, the lead time for imports has increased 2-3 times from the pre-pandemic normal, causing retailers to lose billions in revenue. Thus, reshoring certain items started to make sense when it comes to the hidden costs in to the calculation.

A recent poll conducted by the TI Foundation in June 2022 among supply chain executives shows that many believe a major transformation to the supply chain is underway. Only 18% believe globalization in its current form will be here to stay, 36% believe geopolitical risks will cause sourcing to be switched to “ally sourcing,” meaning countries will be relying on their allies when it comes to purchasing strategic products, and 46% believe supply chains will be more fragmented and localized due to the above factors.